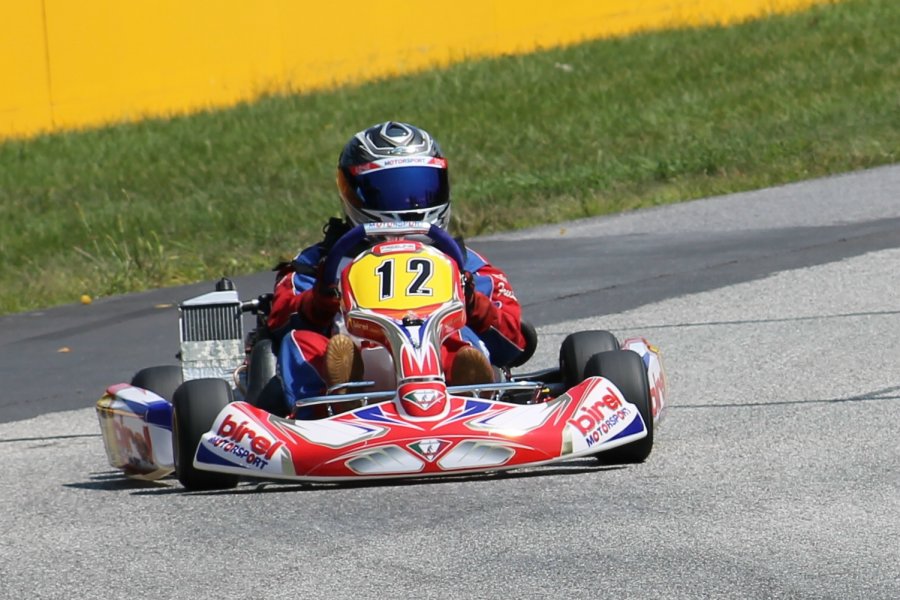 Ruppe drove to his first ever Mini Max victory in July, backing it up with his second just a few weeks later

When the Rotax Max Challenge originally entered the United States over 10 years ago, the focus was based primarily on the club racers. Low maintenance, great speed and exciting racing is what the Rotax engine has and still produces across the country and around the world. While many feel the Rotax brand has expanded past the club racer, it is still a focus for the United States Rotax Max Challenge and MAXSpeed. The month of July brings out many Rotaxians to the USRMC programs, with many talented drivers. Unfortunately, only one could be selected for the GoRotax.com Driver of the Month, with Mini Max racer Jacob Ruppe the recipient.

Ruppe is a competitor in the JET Karting Rotax Max Challenge at the MichianaRacewayPark in North Liberty, Indiana – site of the 2005 and 2012 US Rotax Max Challenge Grand Nationals. The South Bend area has been one of the early supporters of the Rotax brand, thanks to the work of MRP Motorsport Garry Lobaugh. That tradition continues under the guidance of JET Karting’s Andy and Kris Finke.

The month of July offered up a double race weekend during the Fourth of July holiday with a third round later in the month. The first round of the double-header weekend began with Jacob qualifying second to Jakob Zinmer. The two ran 1-2 in the 10-lap Prefinal, with Ruppe holding second place the entire time. In the 14-lap Final, Jacob ran the fast lap of the race, but was unable to find a way past Zinmer, settling for second. The following day, Ruppe was the top driver in qualifying, securing the spot by a large margin over Zinmer. He continued with the quick pace in the 10-lap Prefinal, driving to a six-second win. In the 14-lap Final, he backed up his previous sessions to score the victory, his first on the season.

Two weeks later the JET Karting Championship returned to action. During an open practice the day before, Jacob was involved in a wreck with a Junior Max driver. His kart flipped four to five times, and thankfully came away uninjured. After trying to repair his kart, his father and grandfather took the Rotax components off and placed it on the Monza chassis of Nicholas, Jacob’s brother to race the following day. With very little practice, Jacob put down another blistering lap in qualifying, a 45.381-second lap. Ruppe would lose the jump at the drop of the green flag in the Prefinal, as Zinmer would move to the front. Ruppe looked for ways by but was unable to and settled for second. The Final race would start out similar, with Ruppe finding himself in the second position. By lap two, Jacob put himself into the lead, where he would remain for the rest of the 12-lap event to earn his second straight main event victory of the season. Following the series events in August, Jacob leads the Mini Max championship standings competing in his first season in the class. 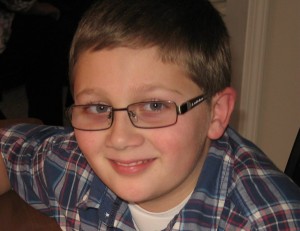 Chassis: Birel
Engine Service Center: AM Engines
Sponsors: Grandma & Grandpa Hoffman, my parents, Speedy’s Auto & Truck Service, Westside Hardware, BSR Roofmasters, Midland Engineering, Rick’s Auto Body Shop, Roofers Union Local 23, Craig’s Service Center, Forbes Varner & Bognar, Floyd’s Body Shop, Dale’s Service Center, Bendix Restaurant and Matthys Farm Market
United States Rotax Max Challenge Home Series: JET Karting at Michiana Raceway Park
Years Karting: 5
How did you get started in karting? My dad, grandpa and I went to the Cavalcade of Wheels at the University of Notre Dame’s JACC and MRP had a booth and some karts there – I was hooked right away!
What has been the high point in your racing career? Totaling a kart in practice on a Saturday and using my little brother’s chassis for the race on Sunday….and winning that race!
What are your goals in racing?  To compete at the Rotax Max Challenge Grand Finals
In a few words, how would you describe your driving style? Smooth and calculated
2012 Accomplishments: Considering that we were about 40 pounds overweight with the kart, it would be getting a few poles and winning some races!

What do you do when not at the track?  Play baseball and football, watch sports on t.v. and hang out at my grandparent’s house.
What are your goals outside of karting?  To keep my grades up and do the best I can in all that I do.
What type of street car would you like to drive? Bugatti Vitesse
What are your pet peeves or things that irritate you? My little brother!
What is your favorite aspect about racing in the Rotax Max Challenge program?  The competition!