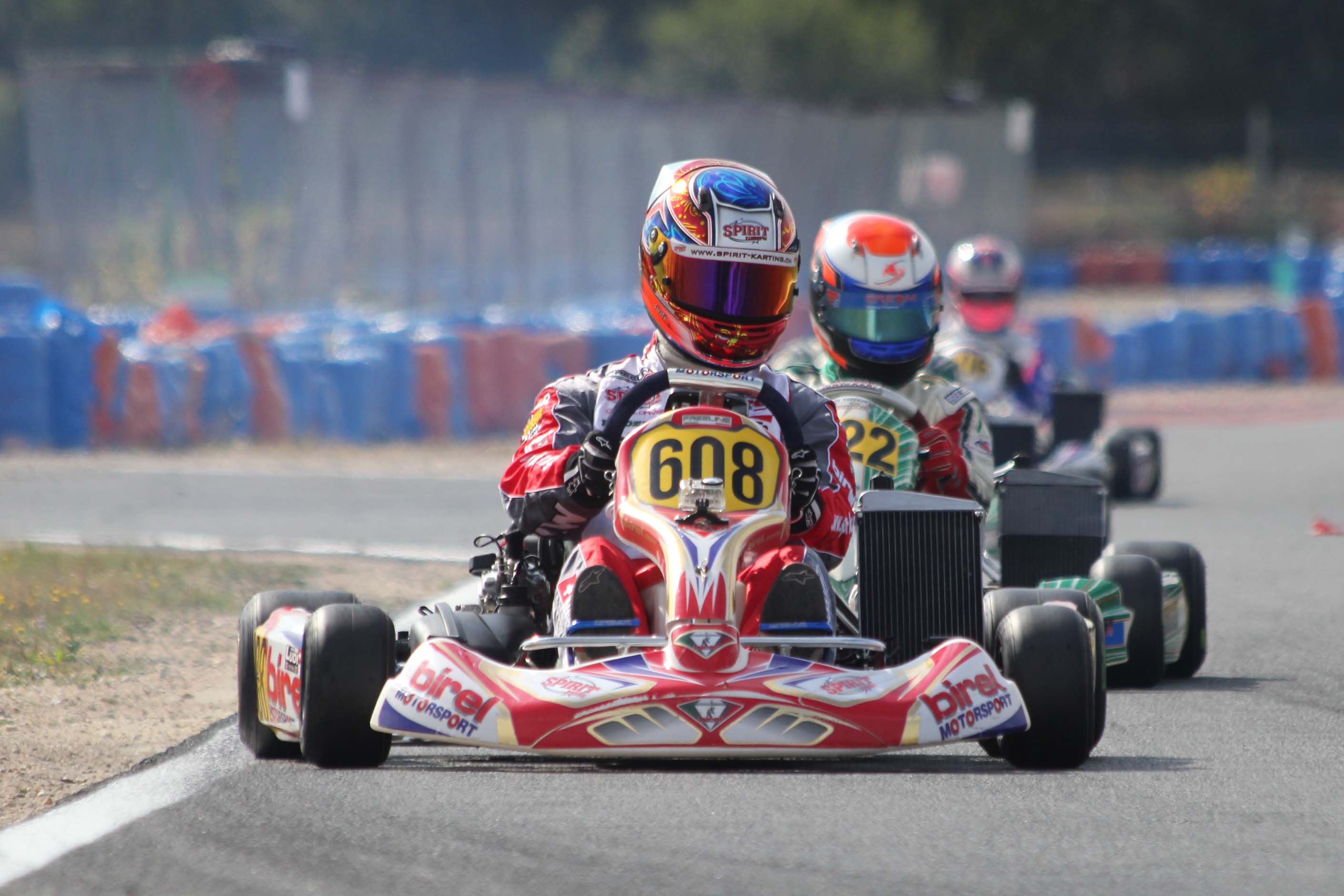 Today the final round of the ROTAX MAX Euro Challenge stepped into the first decisive phase. On the 1.500 meters long track of Sologne Karting in Salbris (France) the qualifying practice determined the starting grid for the heats on Saturday. Almost 140 drivers entered the last event of the year and had to cope with some unpredictable weather conditions. After a hot and sunny week, conditions changed for a more showery weather. At least the seniors and juniors could do their sessions without a hitch, which did not apply to the DD2 drivers, who were faced with a lottery of tires and setups. 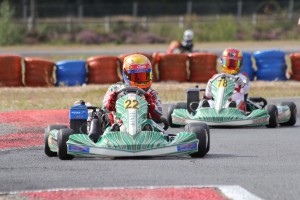 In the junior category Philip Hamprecht (Paul Carr Racing) from Germany surprised with the best time in his group. But his joy faded quickly, after being disqualified for a technical irregularity. Anyway the second group should be even faster, setting the first nine positions in the overall ranking. Here it was championship leader Connor Hall (Strawberry Racing) from the UK, taking the best time ahead of Austria’s Thomas Preining (Protrain Racing) and Josh Price (Price Racing). Guan Yu Zhou (Strawberry Racing), who is the only one having realistic chances to stop Hall from winning the championship, had to be satisfied with seventh place.

The reigning world champion Charlie Eastwood (Strawberry Racing) was the man, setting the benchmark in the grid of the 51 seniors, thus underlining his ambitions for the title. Second place went to Pierce Lehane (Dan Holland Racing) ahead of Edward Brand (Intrepid Driver Program). The championship favorite Harry Webb (Strawberry Racing) and championship leader Philip Morin (Dan Holland Racing) did a solid job and kept in touch by taking fourth and sixth position. 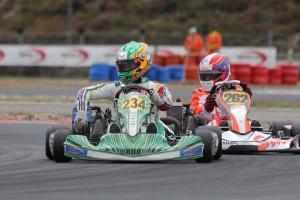 Alexandre Finkelstein (MD Competition) proved a sixth sense in the DD2 category. After slight rain set in, he was the only one of his group going for rain tires, which was the right decision, since rain got even stronger. So it was no surprise, that the Frenchman took the best time – but surprisingly only in his group. He was not the fastest man in the overall ranking. Although the second group had to cope with a wet track, it was Kevin Ludi (Spirit Racing) setting the pace, being almost two seconds faster than Finkelstein. Due to the massive time differences the overall classification was calculated according to the 101% regulation, in order to regulate the unfair weather conditions. That meant Ludi in first place ahead of Finkelstein, while many of the championship favorites experienced a disastrous qualifying. Best man of the title candidates was Ben Cooper (KMS Europe), who ended up on eighth place in the overall ranking. Sean Babington (Dan Holland Racing) did kind of a damage limitation by following in ninth position. For Championship leader Xen De Ruwe (FK Racing Team AB Ltd) 14th place was the most he could take. Yet he was placed in front of his championship rivals Ferenc Kancsar (both KMS Europe), and Miika Laiho (MPT Racing), who will have some work to do in the upcoming heats, if they want to keep up their chances for the championship win.

On Saturday the action goes on with a total of 22 qualifying races. Let’s see how the weather might affect the course of events. Again live TV coverage broadcasts throughout the weekend. So stay tuned on the official website www.rotaxmaxeurochallenge.com, where you get all information regarding reports, photos, results and live TV stream.