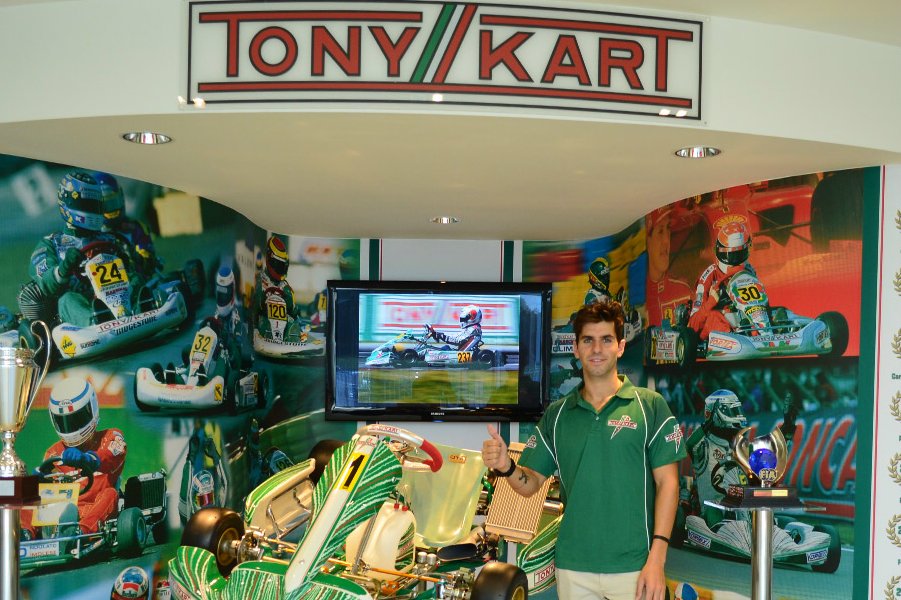 Tony Kart Racing Team is glad to announce that, on the occasion of the next CIK-FIA World Championship KZ will line up the F1 driver Jaime Alguersuari. The last driver, on the 22nd September at the Jean Brun circuit of Varennes (France), will be at the drive of our RACER EVK chassis powered by the Vortex engines and he will run next to the other four official drivers, Marco Ardigò, Rick Dreezen, Flavio Camponeschi and Mirko Torsellini.

Alguersuari is Spanish and nevertheless he is only 23 years old, he already ran F1 for three seasons, with a total of 46 Gran Prix competed and 31 scores gained.

Atpresent, Jaime is working well as the responsible for the F1 quality for Pirelli tyres and said he is willing to compete in the demanding and thrilling World Cup competition.

TonyKart Racing Team staff welcomes with great pleasure Alguersuari, an experienced driver able to reach the most prestigious category in the car-sporting field, F1, at only 19 years old, thus becoming the youngest entry driver in the formula history.

Jaime,even though he still runs F1, feels to be ready to enter the karting activity and compete in the very difficult KZ1 category, attending the most difficult competition of the season, the World Championship.

Suchdetermination, the strong passion for karting together with his unmistakable talent, did not put the Tony Kart Racing Team in doubt at all, which soon added Jaime in his official Tony Kart-Vortex team, for the next big event inVarennes.

Beforethe CIK competition, Alguersuari will be at the track to perform some test sessions with our Racing Team. These tests will allow both our driver and the Tony Kart Racing Team staff to find out the best synergy.

“I am very happy to compete in such a category between the most demanding ones in the competitions’ world and with the support of one of the most important teams in the category.

The World Championship is very highlevel and I will do my best to be as good as my teammates.

I wish to thank all the team for the trust they give me. The first test sessions during this week will be very important in view of the next Varennes appointment.”