Verstappen and Nielsen on pole in the the prefinals 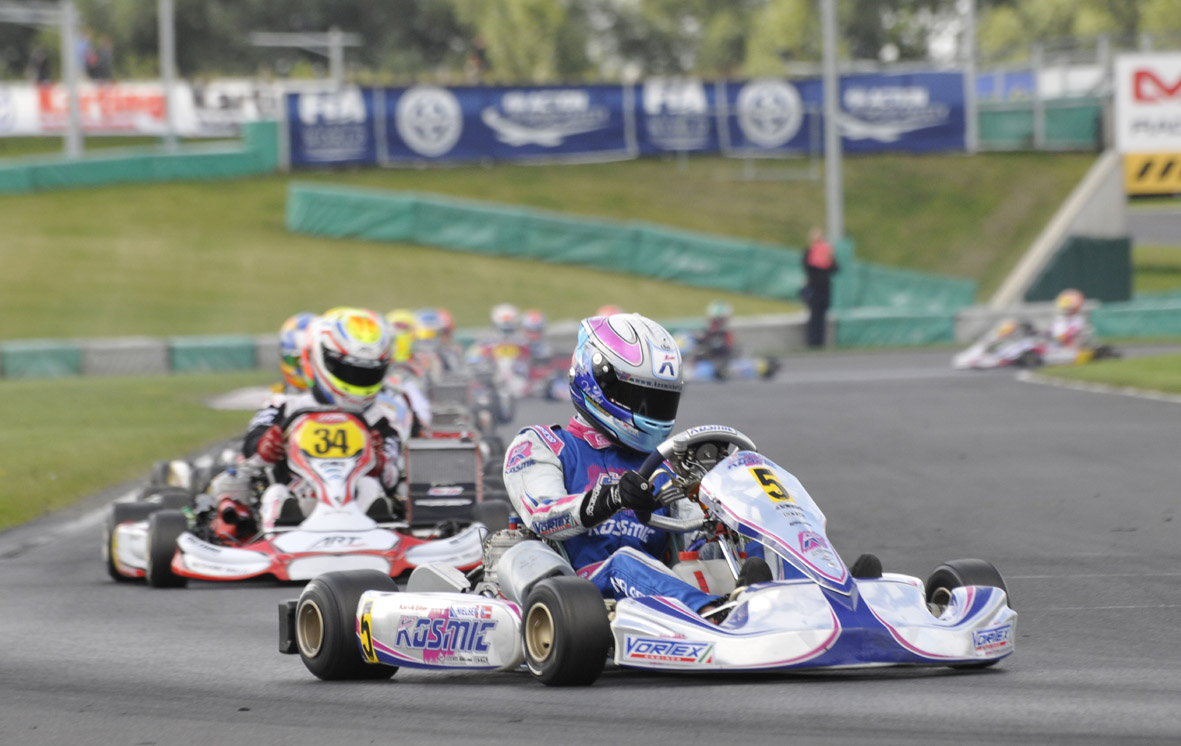 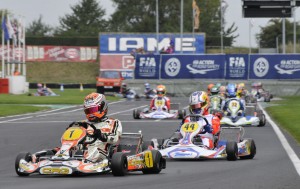 THE PRETENDERS TO THE WORLD KF TITLE PRESENT THEMSELVES IN BRANDON

After today’s qualifying heats in Brandon (UK), the list of the pretenders to the World KF Title is complete. The 10 races run today, during the first day of the CIK-FIA KF World Championship, established the starting grid of tomorrow’s final phase. We are at the first out of two scheduled rounds, which is taking place on the 1,382 meter long PF International Circuit. The core of the event is tomorrow, with the two Prefinals and the Final; this race will award the first points of the Championship. Also the starting grid of the KF Junior is ready, after today’s three qualifying races. This category completes the program of the weekend with the CIK-FIA International Super Cup, run on a single round.

VERSTAPPEN AND NIELSEN GRAB THE TWO POLE POSITIONS IN KF

Max Verstappen (CRG-TM-Vega) continues to be unstoppable: the fifteen-year-old Dutch driver won four heats in a row, all the heats he took part in. He achieved the overall best result, better than Nicklas Nielsen’s (Kosmic-Vortex-Vega) one. The Danish driver, who won three races, remained behind Verstappen, but they will both start in pole position in their Prefinals. In tomorrow’s Prefinal 1, in the two slots of the front row we’ll find Verstappen and the English Tom Joyner (Zanardi-TM-Vega). In second row there are the Danish Andreas Hansen (Tony Kart-VortexVega) and the Spanish Alex Palou (CRG-Parilla-Vega). Next to Nielsen, in Pre-final 2, the Canadian Lance Stroll (Zanardi-TM-Vega), winner in the other two heats of today. In second row the Polish Karol Basz (Tony Kart-Vortex-Vega) and the Croatian Martin Kodric (FA Kart-Vortex-Vega). 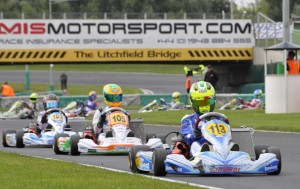 In the race for the CIK-FIA International Super Cup, the Italian Alessio Lorandi (Tony Kart-Parilla-Le Cont) is the driver to beat, after conquering the pole of the Prefinal thanks to a win and two second places in today’s races. His strongest rival seems to be the English Daniel Ticktum (FA Kart-Vortex-Le Cont), who achieved victory twice. Unfortunately, the British driver was excluded from the first race because he overtook twice with yellow flags displayed. Because of this penalty, Ticktum dropped back to the fourth row, leaving the first row position behind Lorandi to his teammate and fellow countryman Jehan Daruvala. In the second row there is the Russian Robert Shwartzman (Tony Kart-TM-Le Cont) and the Englishman Archie Tillett (CRG-BMB-Le Cont). Another favorite driver who will have to recover in tomorrow’s races is Lando Norris: the Englishman – the new European champion – was rather unlucky at the start of the first heat and dropped back to the last positions. His recovery has already brought him back to the sixth row.

TOMORROW’S RACES LIVE ON THE INTERNET

Images from the PF International Circuit will be available tomorrow – live in streaming – on the official websites www.cikfiachampionship.com and www.cikfia.tv. WSK Promotion’s TV production will guarantee full coverage of the event in Brandon, from the drivers’ presentation to the pre-finals and the Finals. On Tuesday 3rd September, the prerecorded broadcast of the event on TV: the KF and KFJ finals will be aired at 10.30pm on Rai Sport 2. On the same network, on Friday 6th, the special report with the recap of the first round of the World Championship.