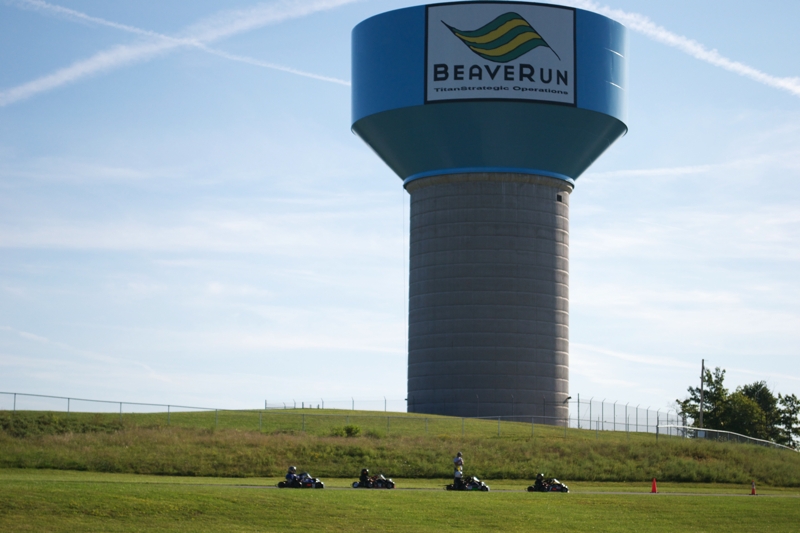 The event marked the second straight weekend of WKA national racing at Pittsburgh. The Mazda / Bridgestone Manufacturers Cup Series held its fifth event of 2013 the weekend prior.

The big story heading into the weekend was the big money posted in the Senior Pro Gas Animal division. With an eye on continuing to build the new class, which has seen solid double-digit entry counts at every Gold Cup national in 2013, a $2,000 purse was posted with three $500-To-Win races in Friday night’s Animal Heavy Money Race and the Saturday, Sunday points classes and a $500 bonus if one driver could win all three races.

The healthy purse was enough to entice Mentor, Ohio’s Gary Lawson, a two-time WKA Triple Crown champion, back to race the Gold Cup Series for the first time this year. Lawson, who won Gold Cup championships as recently as last year, has been helping other teams in the series as a mechanic, but had not suited up to wheel his No. 10 Arrow in WKA competition until this past weekend. 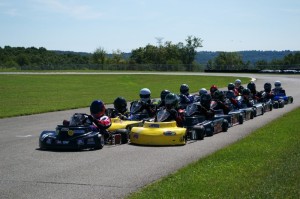 Friday’s Money Race saw 20 Pro Gas Animal and methanol-powered Animal entrants in what was the best turnout of the year for the special division.

Maryland’s Tony Wimmer had it working in his methanol-powered Animal. Wimmer scored the overall win, triumphing over Lawson’s Pro Gas kart by about 10 kart-lengths. The next-best finishing methanol kart was Travis Manning, who crossed the stripe fifth overall.

Bell, Jacob Heavlow and Manning were third through fifth. For Bell it marked his return to the Gold Cup on a Baker Racing Engines MGM chassis for the first time. Bell competed on a Michigan Kart Supply Coyote last year but had not seen the track in 2013 until this past weekend.

Heavlow was also making his first start of the year in Gold Cup. The event marked Heavlow’s first foray into senior competition on a national level. The Maryland racer is a multi-time national champion in Sportsman and Junior Gold Cup racing.

Jason Zobkiw, Jim Lipari, Dylan Zobkiw, Josh Stiefel and Zack Clark finished just out of the money in sixth through 10th. All were on Pro Gas-powered karts.

With $1,000 on the line for Lawson Sunday others were simply looking to break into the win category and score $500. But Lawson was at his best once again. Bell looked to have a legitimate shot after he ran close with Lawson in the heat race. But Dakota, who like Lawson owns a pair of Triple Crown championships, as well, faded in the main event, letting Lawson pull away for an uncontested victory and the $2,000-plus pay day. 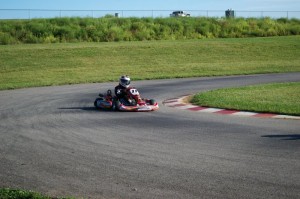 Ohio’s David Kalb Jr. had a big weekend at Pitt. Kalb raced his Margay chassis to a sweep of the Baker Racing Engines Sportsman Pro Gas Animal main events and added a victory in Van-K Wheels Sportsman 2 Lite to give him the weekend hat trick.

Fifteen karts started Sunday’s Sportsman Pro Gas feature, making it the largest field of the year for the 7- to 12-year-old division. Once again Kalb had his way with the big field, triumphing by 0.376 seconds over Cody Hall for the win. Miller finished third for the second consecutive day, while New York’s Nick Fauci and Wells completed the top five.

Kalb and Wells split the Sportsman 2 divisions. Kalb scored the win in Saturday’s Sportsman 2 Lite over Adam Cornell, Wyatt Frantz, Joshua Stark and Wells. On Sunday’s Wells bested Kalb by a 0.378-second margin for his first and only win of the weekend. Cornell was third, Frantz fourth and Stark fifth.

Nick Fauci raced his Coyote to a sweep of the Sportsman 1 alcohol classes. Fauci won over Jason Alder in Performance North Sportsman 1 Lite and Sportsman 1 Heavy. In Lite, Miller was third, Camden Gruber fourth and Trevor Vargo fifth. In Sunday’s Heavy main, Fauci and Alder crossed the finish line ahead of Vargo, Gruber and Miller.

Sunday’s Junior Medium main event was the last chance for the boys to beat Luoma. But once again Luoma was ultra-impressive in her drive, hitting her marks throughout the 12-lapper and posting a 2.3-second win over Tyler Frantz. Locklear took third, Lee fourth and Demattia fifth. 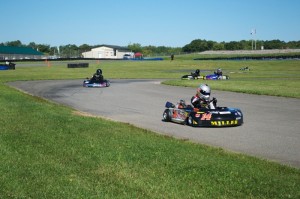 Demattia was able to score one win on the weekend, coming in Sunday’s Restricted Junior show. Demattia wheeled his Bandit to the victory over Tyler Stiefel, Spencer Sherman and Tyler Woods.

Go to HERE to view top-10 results from the GT Machine Grand Nationals at Pittsburgh.