The 2013 season has been unpredictable when reviewing the eKartingNews.com Driver Rankings for the TaG category. Looking at the top-10 in the current standings, anyone of the drivers could hold the top position, with some already a former EKN #1 driver in the category. The top spot however remains in the hands of Louie Pagano, as the gap increased for the Southern California driver following the events that have unfolded since June 10.

Pagano (Birel) increased his score, nearly 30 points more, and increased the advantage over the rest of the drivers to 111 points. The SKUSA Pro Tour TaG Senior championship leader now leads Florida driver Nick Neri in the standings. The 2011 US Rotax Grand Nationals champion jumped up to the second spot, coming off his third place finish at this year’s event aboard his Ocala Gran Prix entry. Moving up to third is California ProKart Challenge point leader Jake Craig. The ART GP driver has three straight wins, and finally scored the a top-five finish at the Pro Tour during Saturday’s main at the SummerNationals to improve his EKN Driver Rankings score.

Fourth spot belongs to recent EKN Driver of the Month receipient – Jonathan Kotyk. A double TaG winner at the WKA Manufacturers Cup Series Grand Nationals in South Bend, the OGP/Tony Kart driver backed it up with an 11th at the US Rotax Grand Nationals to help increase his point total and place him inside the top-five. Dropping two spots is Top Kart USA driver Mason Chelootz, losing some results from last year and earning a best finish in the last two months of third at WKA Grand Nationals. Losing the US Rotax Grand Nationals victory from last year, Daniel Formal (Tony Kart) drops from second to sixth in the standings. On the plus side, ‘Four-Time’ Formal earned his fourth Rotax title, competing in the DD2 category and will make another trip to the Rotax Grand Finals.

Making a big move up to seventh is double SpringNationals winner Andrew Zimmer (ART GP). A difficult start to the SummerNationals, the ART GP driver bounced back Sunday to place runner-up and keep himself in the chase for the SKUSA Pro Tour title, while adding points to his rankings total. A drivers seven best results are counted toward the EKN Driver Rankings, and the seventh event for Senior rookie Oliver Askew who moved up to the eight spot following his victory at the US Rotax Grand Nationals. More on him below in the ‘On the Move’ section.

Austin Elliott continues to show his talent, both in WKA Manufacturers Cup Series and the SKUSA Pro Tour. The Top Kart USA driver advanced 10 positions to sit ninth with veteran Matt Johnson (Buddy Rice Karting/Energy) putting himself back into the top-10. Dropping out of the top-10 is Sam Beasley (Ocala Gran Prix/Tony Kart), who drove to a fourth straight runner-up finish at the US Rotax Grand Nationals, Tommy Andersen who is going to be sitting out for some time as he concentrates on college, Phil DeLaO (KartSport North America) was absent at both SummerNationals and US Rotax Grand Nationals, and Andrew Palmer (Kosmic) losing the third place finish from Rotax. 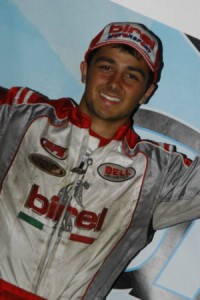 Holding strong is Pagano at the top spot, thanks to an increased in his point total and improving on his average finish slightly. The Southern California driver is into his third year as a Senior driver, and is considered among the top in the country regarding TaG competition. Pagano is running a limited schedule, as he is campaigning a stock car season as well. Should this be a final swan song for Louie, there is no doubt he’d like to go out on top – winning the SKUSA Pro Tour championship while ending 2013 as the EKN #1 driver. 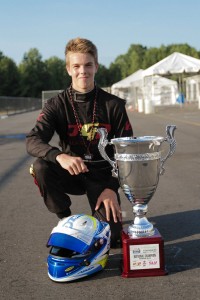 Making the transition from Junior ranks to the top level Senior category can be difficult for some. But for a select few, the advancement is just another step in the groundwork laid down already. Askew is a driver on the right path, working up through the ranks with the Ocala Gran Prix outfit, working with some of the top talent in the country. Askew is all business when he hits that track, and his results duplicate that. Coming off the top Junior result for Team USA at the Rotax Grand Finals, he earned his first major win at the Florida Winter Tour, and backed it up with the Rotax Grand Nationals just weeks ago. The sky is the limit for this young talent.