Dates confirmed in May, August and November – exciting venues to be released soon 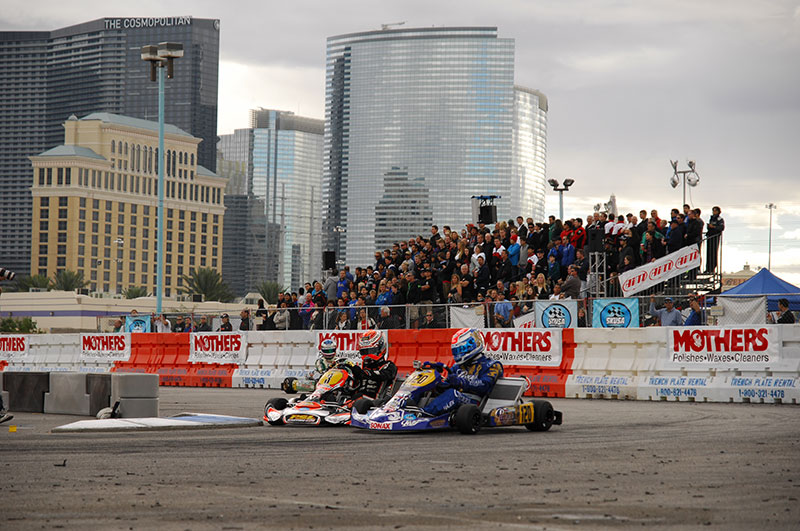 Superkarts! USA has released the schedule for their 2014 Pro Tour, with events in May, August and November

Superkarts! USA is excited to formally announce the schedule for the 2014 SKUSA Pro Tour. The program will once again feature three major events – the SpringNationals in May, the SummerNationals in August and the season-ending SuperNationals on its traditional November weekend ahead of Thanksgiving. This new schedule has been developed after extensive efforts to avoid conflict with other racing series, and the staff at SKUSA is very motivated for the new season – thanks to some very exciting opportunities that have fallen into place.

SKUSA’s flagship ProKart Challenge series, which is based in California, works closely with the other large series in the state, and has chosen to race on the first weekend of every month. The Pro Tour will follow this formula for 2014, and the first two races have been scheduled for the first weekends of May and August.

The opening round of the Pro Tour – the SpringNationals – will take place on the May 2-4 weekend, moving into the month of May this year after the first four editions were run in April. SKUSA’s focus on cooperation with other Southwestern US programs led to the move, as the month of April is jam-packed with both racing events and special holidays. SKUSA was dedicated to taking into consideration the need to avoid conflict with partners like the Los Angeles Karting Championship (LAKC) and the previous-announced finale of the Challenge of the Americas, which needed to be moved to the opening weekend of April to avoid another conflict. In addition, April is home to a major California motorsports event – the Long Beach Grand Prix – as well as the Easter Weekend. With May 2-4 being open, and in line with SKUSA’s regional PKC program of running on the first weekend of the month, the date seemed to fall nicely into place.

This year’s SummerNationals will slide down the schedule out of its traditional July date, as well. The race will be run on the August 1-3 weekend, maintaining the opening weekend format. An exciting new venue is in the works for this important race, which sets up the run to the SKUSA SuperNationals in November.

The SuperNationals has a very strong connection with its host – the Rio All-Suite Hotel & Casino – and the partnership has once again locked in the weekend before Thanksgiving, as has been the case since the event’s return to the venue. For 2014, this puts the world’s biggest karting event on November 19-23.

“We have some really exciting stuff in the works for next year’s Pro Tour, and I can’t wait to release the news,” offered Tom Kutscher, SKUSA President. “Even though we’re now continuing our preparations for the 2013 SuperNationals and the wrap up of our PKC regional series, I’ve needed to focus on getting the 2014 Pro Tour schedule announced so that our drivers and teams can lock in their own schedules. It’s a chore – a frustrating one at times – trying to fit races onto the calendar knowing that others are doing the same. We’re lucky to be working with great people at the LAKC, who are awesome partners here in California. In discussing dates with them, all while working around Long Beach and Easter, I really like the new May date for the SpringNationals. It brings some comfortable consistency to our schedule.”

The SummerNationals was the biggest move for Kutscher, as July’s schedule is always tough – and the new venue that is in the final planning stages required the August date.

“The move of the SummerNationals to the first weekend in August maintains our schedule consistency, although much of the motivation for the adjustment came from the exciting new venue we’ll be visiting for this race,” Kutscher continues. “We’re working on something really special for the Superkarts! USA family and once it’s ready to drop, we’ll let everyone know. It’s going to be great! Stay tuned!”

The following is the confirmed schedule for the 2014 Superkarts! USA Pro Tour: