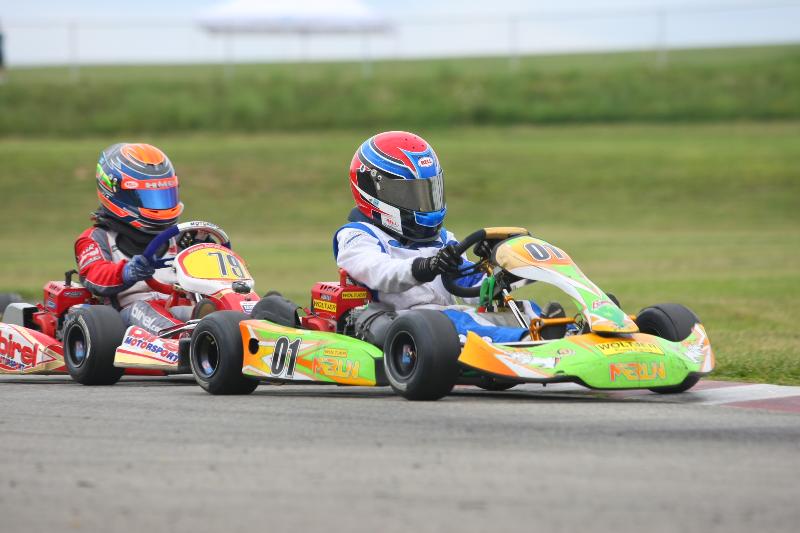 Neil Verhagen leads David Malukas on his way to the Cadet Sportsman 2 win aboard the Lemke Racing No. 01 (Photo: NCRM)

The WKA Mazda / Bridgestone Manufacturers Cup Series converged at Pittsburgh International Race Complex in western Pennsylvania this past weekend for round five of the six-race national 2-cycle sprint tour.

Over 120 drivers making up approximately 330 entrants met at Pittsburgh for the Zero Error Racing / Checkered Motorsports Nationals, where 15 drivers raced to final wins, including five double winners and one triple winner.

The only driver to race to the hat trick was Neil Verhagen, who is listed in the results as Brandon Lemke because he was acting as the relief driver for Lemke, who broke his collarbone on July 28 in an accident at the Great Lakes Sprint Series divisional at Badger, Wisconsin.

The Lemke team tagged Verhagen to wheel their No. 01 Merlin for the weekend while Brandon recovers from his injury. Lemke entered the weekend either at or near the top of each of the four Sportsman class standings. With national championships and a possible Triple Crown championship on the line, the Lemke team had no choice but to run the Pittsburgh event with a relief driver.

You’d be hard-pressed to find a better option than Verhagen, who won multiple WKA Man Cup finals last year on a Haase chassis. He switched to Arrow for 2013 and has been a semi-regular in WKA Man Cup while also running Rotax events and USPKS.

Verhagen wasted no time adapting to the Merlin chassis. After running fast in Friday practice, the Connecticut racer recorded finishes of second, third and seventh in Saturday’s three Sportsman mains.

It all came together for the Lemke group on Sunday, when Verhagen made a pair of last-lap passes on David Malukas in Komet Sportsman 2 and Cadet Sportsman 2 and bested Sam Mayer in Yamaha Sportsman 2 to sweep the day in Sportsman and become the only driver to win three races at the Pittsburgh Man Cup round.

Verhagen’s success kept Lemke atop the standings in three of the four Sportsman divisions and keeps the Wisconsin racer’s hopes alive for a coveted Triple Crown championship. 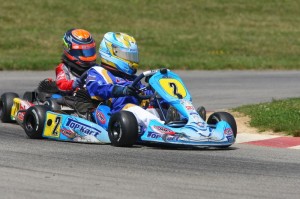 Florida Tony Kart racer Jonathan Kotyk did all but clinch the $2,000 national championship prize in Komet Pro. Kotyk bested Patrick Olsen and James Brock in both days’ Komet Pro main event contests. After a four-win weekend at South Bend in June, Kotyk continues to make a case for having the most successful season of any driver in Man Cup in 2013.

While Olsen was denied in Komet Pro, the Wisconsin Top Kart pilot picked up wins in both Yamaha Senior main events. Olsen won over point leader Dakota Pesek and Chase Jones on Saturday, making it an all-Top Kart top three. On Sunday, Jones followed Olsen across the stripe with Birel racer James Brock breaking up the Top Kart parade by taking the third slot. 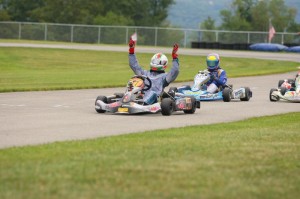 On Sunday, Torregiani wheeled his Haase to his first Man Cup win of the season in Komet Junior 2. Torregiani scored the popular victory over Keaveny and Jacob McWhirter. The Haase chassis continue to prove their a force in the Junior categories with McCuscker, Jarsocrak and now Torregiani all scoring feature wins in 2013 Manufacturers Cup competition.

John Paul Southern Jr. has put together a nice 2013 season and he scored his first final win of the year in Saturday’s Cadet go. The Ohio racer wheeled his PCR to the win over Verhagen and Holden. 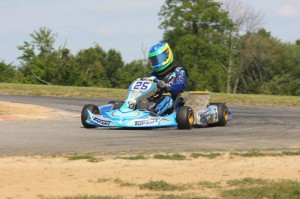 Gafrarar returned Sunday to score the victory in TaG Masters 2 on his Leopard-powered Parolin chassis. Gafrarar, a former WKA Road Racing national champion making his first Man Cup appearance in a number of years, won over Cummings and Ferris.

On the Manufacturer (Chassis) Championship front, Top Kart dominated the weekend and all but clinched its second straight Man Cup Manufacturer title. Top Kart racers drove to eight feature wins, an unprecedented five more than any other chassis make.

The only chassis to see victory lane more than twice was Merlin, which all came at the hands of Verhagen and the Lemke team.

Fourteen chassis makes have now won at least one Man Cup final in 2013. Top Kart will enter the final round at the GoPro Motorplex with a 10-win advantage over Tony Kart.

Pre-registration is now open for the Man Cup season finale this Sept. 27-29 at the GoPro Motorplex in Mooresville, North Carolina. Go to http://www.worldkarting.com/downloads/eb-2013/mooresville.pdf  to download the entry form.