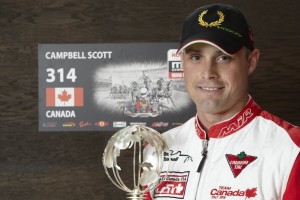 On Wednesday, August 14th, Scott Campbell is going to make the journey to San Jose, Costa Rica to do a kart race that he was invited to by Andres Fonseca.

The two met at the Florida Winter Tour this year, both running DD2 Masters under the PSL Karting tent.  After the FWT the two keep in contact and Andres thought it would be a good idea for a World Champion to come to Costa Rica to do a race and help promote karting.  Over the past few months this has fallen into place and the trip is now a reality. Leaving Wednesday, Scott will make the trek to San Jose excited about the opportunity to travel to another country to help promote karting.  While in Costa Rica Scott will be making his a appearance at Andres Fonseca’s indoor kart track to sign autographs and talk to customers and to do some on track fun.  Then on Saturday they will be participating in an enduro that is 2 hours long. Then compete in the Costa Rica Championship race on Sunday driving a CRG DD2. On Monday will be the journey back home, hopefully after making lots of new friends and a ton of fun.

Here is some information about the karting in Costa Rica.

This is the website for Andres Fonseca’s indoor karting facility. www.fkart.com

This is a video of the kart track that Scott will be racing on.  The video is of an old ROK race. The track is called Autodrome “La Guacima”

The Enduro that Scott will be racing in is a class that they have made up in Costa Rica.  The engine is a 5 speed 20 hp 4 stroke motor made in China.  The engine produces 250cc at 8500RPM.  Engine cost is $500 dollars and the weight of the class is 420 pounds.  Each kart will have 3 drivers that will switch out over the 2 hours race.

The DD2 race will be 3 heats of 12 minutes.  In the 2nd and 3rd heats they invert the top 6 drivers to make the racing more challenging.

About 6 years ago Costa Rica had around 100 drivers. Rotax and ROK classes were thriving but over time costs became too much and numbers fell.  They began rebuilding with a junior 4 stroke class and numbers have turned around with much lower costs of the racing.  DD2 is the biggest class and with the drivers have the most experience.

This trip to Costa Rica will be the first time Scott has been in a kart since the FWT and will be good for his preparations for the Grand Finals in New Orleans in November.