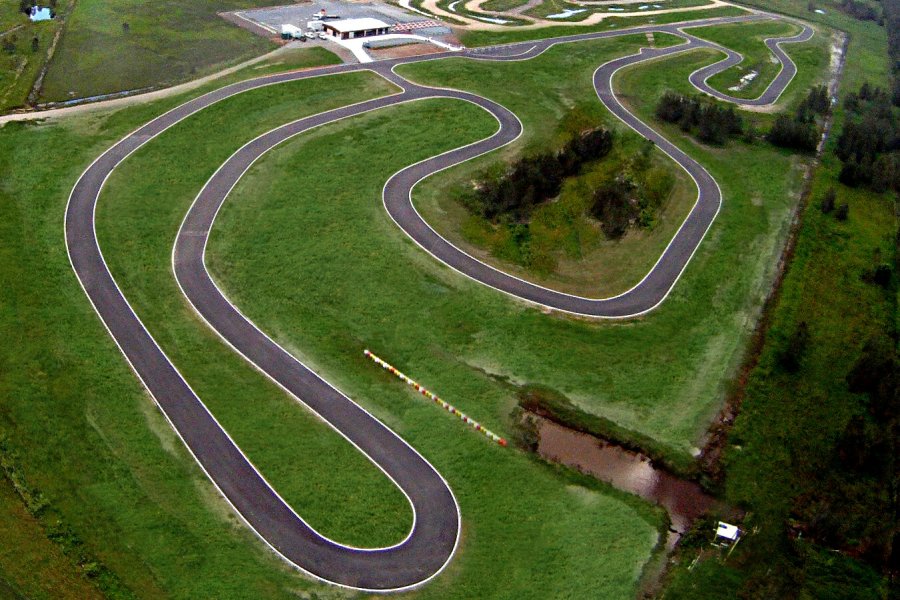 The sport of karting will return to Queensland’s Gold Coast for the first time in more than five years this October when the inaugural Race of Stars kicks off the Gold Coast 600 Festival on Saturday October 19.

As a joint initiative between V8 Supercars and Karting Queensland, the Gold Coast 600 Race of Stars event will see many of Australia’s top drivers converge at the recently opened Xtreme Karting facility at Pimpama as part of the week-long celebrations for the ARMOR ALL Gold Coast 600.

Featuring the three ‘Pro’ categories of Australian karting – Pro Gearbox (KZ2), Pro Light (KF) and Pro Junior (KFJ) – as well as three state-based classes – TaG 125cc, Junior National and Cadets – along with a ProAm race, the one-day event will showcase karting to the wider motorsport community on a 1125-metre circuit.

“Last October I met with Lee Hanatschek (AKA Media & Marketing Manager) to discuss the possibility of having karting feature as a part our plans for the revamped Gold Coast 600,” said Kurt Sakzewski, General Manager – Promoted Events V8 Supercars.

“Over the past eight months we have looked at a number of options before developing the Race of Stars concept at the new Xtreme Karting facility, which I believe will be a perfect fit to kick off the week-long Gold Coast 600 Festival.

“Karting is not only the breeding ground for our future V8 Supercar stars but also a true sport in its own right. Everyone here at V8 Supercars is right behind the event and is really looking forward to seeing the great young talent that will be on show.”

Ian Holm owner and operator of Xtreme Karting welcomed the announcement.
“The Race of Stars will be an excellent opportunity to put on show the best Karting talent on what we believe will become Australia’s premier Karting facility as a part of the week-long Gold Coast 600 Festival,” said Holm.

Each category will have a maximum of 28 starters on the grid – which is the same number of competitors in the 2013 V8 Supercars Championship – with the top 20 drivers of the CIK Stars of Karting standings to receive the first invitations for their respective categories.

While the final prize pool is still being determined, a prize money pot of more than $10,000 is expected to be up for grabs across the three Pro categories.

The make-up for entries for the state-based classes will also be invitational in the first instance with each Queensland club to be provided the opportunity for one of its members to represent their club to fill the first 15 places on the entry list.

“This event has been designed as a true showcase for the sport of karting,” said AKA Media & Marketing Manager Lee Hanatschek.

“It is a one day event being held on a track that no one has competed at before which is set to make it a very even playing field for everyone involved as it will not be about who can do the most test days and get to know the circuit the best.

“To have the support from the team at V8 Supercars is a huge thing for the sport of karting and everyone that I’ve spoken to in the karting community is excited about the potential of the event.”

Karting Queensland President Ashley Waardenberg believes the Race of Stars is an event that the karting community is proud to be a part of and has the full support of all clubs in the SunshineState.

“The Race of Stars has the potential to be the biggest showcase of our sport held in Queensland for many years,” said Waardenberg.

“Without the initiative of Lee Hanatschek to engage the V8 community with karting, this event wouldn’t be possible and he has really been the conduit for our sport to get this event off the ground.

“Unlike any other event in the state where there is just one host club, the Race of Stars will be co-hosted by every club in Queensland and we look forward to working with the team at V8 Supercars to put on a great event.”

Along with the prestige of competing in the inaugural Gold Coast 600 Race of Stars, the winners of each category and all Cadets drivers will also form part of the official ARMOR ALL Gold Coast 600 Street Parade, which will be held through the streets of Surfers Paradise on Sunday October 20.