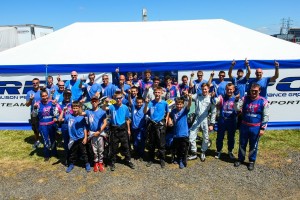 Success in motorsports comes with flawless preparation and a dedication to achieve the best possible result. The Rolison Performance Group continues to strive each and every week for the best from its drivers and mechanics, helping to guide them to each and every goal they set out for the weekend, the month or the season. The winter months saw the operation take home a number of victories and championships, and more have been earned under the RPG tent this summer already competing in the Can-Am Karting Challenge, with the team looking to continue its drive at the SKUSA Pro Tour SummerNationals this weekend.

Recently, the Can-Am Karting Challenge competed at the Portland Karting Association facility in McMinnville, Oregon. The ‘Mac’ track saw a number of Rolison Performance Group drivers compete in the US Rotax Max Challenge and Superkarts! USA categories. Among them, three drivers clinched the series early, thanks to their dominating performances thus far. Joey Wimsett will return to the Rotax Grand Finals once again as the RPG driver clinched the DD2 title, earning the ticket to New Orleans this November to take on the world Rotaxians. Junior Max driver Luke Selliken had five perfect rounds, scoring maximum points, including six straight feature wins to seal the deal in Junior Rotax. The championship awards Selliken his first ticket to the Rotax Grand Finals and be part of the Team USA squad. Also securing the title in the Mini Max division is Sting Ray Robb. The Idaho driver has won five of the six features, including both in McMinnville. With the title comes a trip to the Micro & Mini Max Invitational at the Rotax Grand Finals, however, he secured a position in the event already at the Challenge of the Americas event in March. Thus far, Rolison Performance Group has helped to guide five drivers to be part of Team USA and a ticket to compete at the Rotax Grand Finals.

“Last year, we were able to secure two drivers as part of Team USA and race in Portugal at the 2012 Rotax Grand Finals. Coming into this season, it was our goal to help as many as possible reach that mark and we’ve been successful to this point,” stated Rolison Performance Group owner Mike Rolison. “At the end of this month, we have another chance to add to it with the US Rotax Grand Nationals in North Carolina, along with others still in the hunt in the Can-Am championships. Our Rotax program continues to evolve and improve each event, and I can’t thank the drivers, mechanics and driver coaches enough for all their hard work and sacrifices made to better our program on and off the track.” 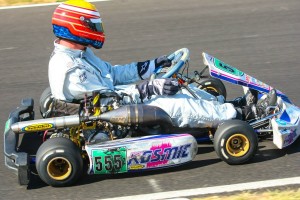 Among those still in the title chases for the Can-Am Karting Challenge is Wimsett, looking to earn a second title in the Senior Rotax category. Missing the first two rounds, Joey has two wins and a runner-up to his credit, and is among the title contenders heading into the final rounds. RPG also saw Parker McKean earn a victory in round five in McMinnville, making only his second start in the series and winning in convincing fashion. With Robb clinching the title, the fight is for the second and third positions in the point standings, as they will be awarded the Invitational tickets. RPG drivers Mathew Morgan, Conner Wick, and Mason Morgan are currently third, fifth and seventh respectfully. The Micro Max division has been very competitive after six rounds, and Portalski brothers Austin and Blake are standing sixth and eighth in the title chase.

Blaine Rocha joined the series late, but had his best weekend in Rotax Junior at the ‘Mac’ Track, placing second behind Selliken for a 1-2 finish both days. McKay Snow was top-10 all weekend, while Kyle Wick recorded his best finish of the series after a fourth in round five to put three RPG drivers in the top-five that day. S4 Master Stock Moto driver Bruce McKean recorded his first victory in the Can-Am ProKart Challenge portion of the series, sweeping the Sunday action in McMinnville. Andrew Evans returned with RPG, making his S2 Stock Moto debut and running second both days. The entire team would like to send a big thank you to Sam Fries who helped both Parker and Bruce McKean to victories in McMinnville as he was a welcomed addition to the RPG family on the weekend.

The Rolison Performance Group is now gearing up for more Superkarts! USA racing, as they travel to the Grand Junction Motor Speedway in Colorado for the 2013 SKUSA Pro Tour SummerNationals. Selliken and Rocha lead the TaG Junior contingent for RPG as they enter the event second and third in points. Each drove to victory at the SpringNationals event in April, with their eye on more in Grand Junction. Snow will join them, looking to improve on his 15th in the standings after two rounds. Robb had an up-and-down weekend in Tucson in TaG Cadet, standing on the podium day one and struggled the next. Sitting seventh in the title chase, Sting Ray is set at moving up the order with more podium finishes this weekend. Kory Estell got his first taste of the SKUSA Pro Tour at the SpringNationals, and is looking forward for his second attempt in the S2 Semi-Pro Stock Moto division. A top-15 finish for the rookie driver is among the goals set for the young driver. McKean will make his Pro Tour debut in the TaG Senior category, looking to carry the momentum over from the Can-Am victory. 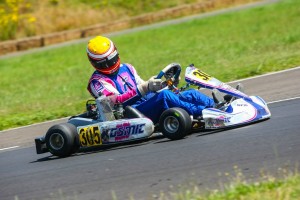 For more information on all the products and services that the Rolison Performance Group has to offer, visit www.rolisonperformancegroup.com . RPG has arrive-and-drive opportunities for the new Rotax Can-Am ProKart Challenge in the Pacific Northwest, which begins in May, the SKUSA SummerNationals and SuperNationals, the US Rotax Grand Nationals and the Pan American Challenge. If you’re interested in being part of this winning program, contact Mike Rolison via e-mail at roli5000@hotmail.com

About Rolison Performance Group:
The Rolison Performance Group is a leading race team and prep shop in American karting, and is also a RotaxServiceCenter and a Kosmic chassis dealer. Owner Mike Rolison, known as “Roli” at the racetrack, has built a career coaching some of the best kart racers on the West Coast. Over the past decade, he has helped 100′s of drivers and mechanics improve their craft. Mike brings world class driving and coaching experience to every racer he works with. Luke Selliken won the 2012 SKUSA Pro Tour TaG Junior championship as part of the Rolison Performance Group team. RPG provides trackside support and arrive-and-drive programs for many series, including the Challenge of the Americas, US Rotax Grand Nationals, Pan-American Challenge, SKUSA Pro Tour, Northwest ProKart Challenge and the SKUSA SuperNationals. The team is a Kosmic chassis and product line dealer and is proud to campaign karts on the regional and national stage.