Can-Am Karting Challenge Enters Second Half of Season This Weekend

The Can-Am Karting Challenge has reached the halfway point of the inaugural season with the first two events completed. This weekend begins the second half stretch as competitors in the Rotax Max Challenge and Superkarts! USA regional program will travel to the Portland Karting Association facility in McMinnville, Oregon on July 5-7 to celebrate the Fourth of July holiday. The ‘Mac’ track has groomed many of the top Northwest karting stars of the past and present, with the challenging course to provide a unique test toward the final run at the championships.

To help understand just what it’s like to experience a weekend with the Can-Am Karting Challenge, Studio52 produced a video capturing the excitement that happens on and off the track for this new series. The video can be viewed at the following link (http://youtu.be/SQ4vinWj6mQ). 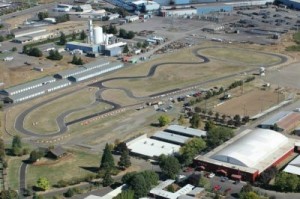 While he did not add to the win column at Pat’s Acres, Stepanova Nekeel continues to lead the championship chase in the HoleShot Drive Systems Rotax Senior category. His advantage is now 80 points at the halfway mark with Andrew Zimmer, Jake Craig, and Chris Glover still in contention. The addition of Joey Wimsett and Phillip Arscott to the field last month stepped up the competition level. Their return this weekend in McMinnville put them among the contenders once again as they try to make a late run at the championship, counting the best six of eight races. Four straight wins has Luke Selliken on top in the CRG West Rotax Junior class. No one has been able to slow him down, with Florida driver Antoni Ptak the only driver to come close thus far. Joey Wimsett is the top driver in the Maximum Velocity Performance DD2 category, and is halfway from earning the trip to the Rotax Grand Finals with the championship. The Rolison Performance Group DD2 Masters title chase is going to go down to the wire, with the McMinnville weekend an important turning point. Derek Wang has three wins, and if he earns more, could further lock up the title. Colorado driver Scott Falcone is keeping it close, earning victory in round three and trails by just 62 points while Brent Harper is keeping both honest.

Just six points separate the top two in the Rotax Masters standings. Mike Daniel won both features in Chilliwack, but Dayna Ward was lightning quick in Canby to match his win total. The two will square off in McMinnville to see who has the upper-hand heading to the season finale in September. Sting Ray Robb has three wins to his credit, as he enters the weekend leading the Wicked Fabrication Mini Max standings. The lead however is just 40 points as Trenton Sparks has kept it close all series, including a win in round three. Six drivers are separated by just 63 points in the Neilton Racing Concepts Micro Max championship chase. Jonathon Portz has two wins and leads the standings, with Marco Kacic, Max Wright, Jordan Novota, Diego LaRoque and Austin Portalski all in the hunt at the halfway point.

The Superkarts! USA Stock Moto categories saw its largest turnout in Canby, with another solid crop of drivers expected for the McMinnville event. David Whitelaw and Brandon Brock will continue their S4 Master championship fight after getting beat by Ben Johnston and Chuck Eaton in Canby. Brady Egger is the top driver in S5 Junior with Cameron Egger and Dalton Egger on top in S1 Pro and S2 Semi-Pro.

The pre-registration deadline for the Can-Am Karting Challenge event at McMinnville ended on July 1 for Rotax racers, however, July 3 is the deadline for Superkarts! USA competitors to submit their entry form. The weekend will mark the first time for the series to be utilizing the new Rotax Max Challenge carburetor rules in effect. Keeping with the fun atmosphere while providing a solid racing experience, the series will host a barbeque and Pinewood Derby event Saturday evening for everyone to enjoy. Rules regarding the Pinewood Derby along with other information regarding the weekend schedule and lodging information can also be found at the event page (http://www.rotaxcanamprokartchallenge.com/events/mcminnville-kart-track.htm). More details regarding the event and series can be found athttp://www.rotaxcanamprokartchallenge.com