GoRotax.com Driver of the Month Presented by eKartingNews.com – May 2013 – Grant Copple 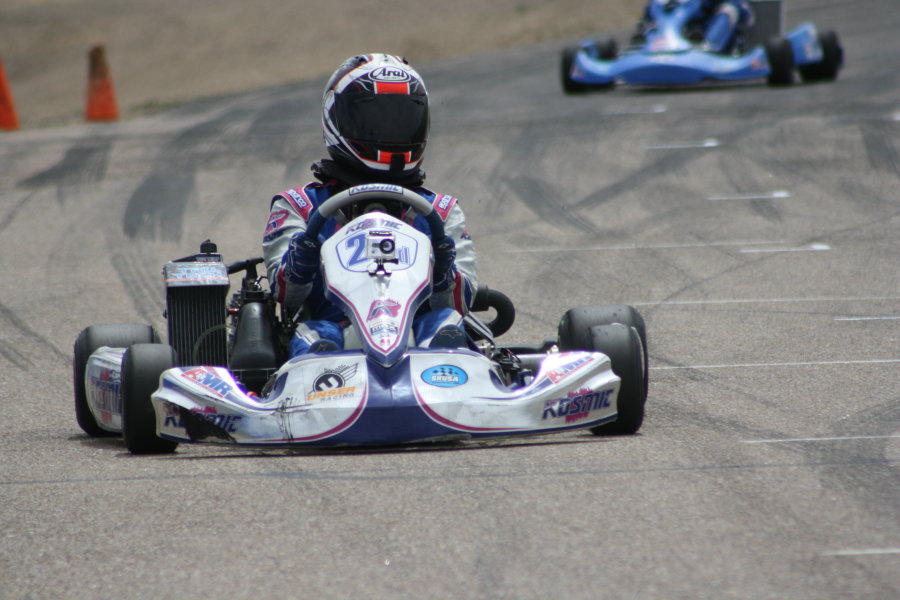 Victory – achievement of mastery or success. It’s something we all strive for as a driver, and understand each time could be the last. So we work harder to ensure that the chance of returning to the top of the podium is greater and greater. The month of May belonged to Grant Copple in United States Rotax Max Challenge competition, as the Colorado driver won four races in three weekends, earning him the honor of being named GoRotax.com Driver of the Month presented by eKartingNews.com

The month began for Copple at the opening rounds of the Rocky Mountain ProKart Challenge RMC program. The double round weekend took place at the Miller Motorsports Park in Tooele, Utah – site of the 2011 United States Rotax Grand Nationals. Copple was able to edge out the local competition in each on-track session Saturday, scoring the main event win by just 55 thousandths of a second. The tight battle continued on Sunday, with Copple finding himself running runner-up for most of the day. He came through with the win in heat two by inches, but triumphed by over four seconds for his second main event victory of the weekend.

Copple’s second trip of the month came two weeks later as the Racing the Rockies Rotax Max Challenge program hosted their second event of the 2013 season. The Track at Centennial in Englewood, Colorado has a strong Rotax following, thanks to hosting the US Grand Nationals back in 2007. Grant swept the May 19 event, from qualifying to the main event, scoring the win by over seven-seconds.

The end of the month took Copple to the IMI Motorsports Complex in Dacono, CO for the third round of the Rocky Mountain PKC program. The one round weekend saw all the racing take place Saturday, with Copple trailing for much of the day. Copple stepped up come the main event, and was able to power away to a solid victory, bringing his total to four on the month. 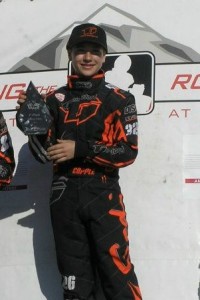 GoRotax.com Driver of the Month – May 2013 – Grant Copple

GoRotax.com Driver of the Month Presented by eKartingNews.com
May 2013 – Grant Copple

Chassis: Shockwave, Intrepid, Sodi, Kosmic
Engine Service Center: True Tec
Sponsors: Unser Racing, GPhactory, Sanborn
United States Rotax Max Challenge Home Series: Racing The Rockies
Years Karting: 8
How did you get started in karting? My Dad asked me if I’d like to go to the track to drive karts when I was eight. I just wanted to go back and do more racing, so we bought a chassis and a Comer 80.
What has been the high point in your racing career? Qualifying fourth for the Pan American Rotax Max Challenge last year
What are your goals in racing? To get to the Rotax Grand Finals this year
In a few words, how would you describe your driving style? I’d say that I’m very consistent, relaxed, and heavy on trail breaking.
2012 Accomplishments: Qualifying fourth for the Pan American, and winning the series Racing the Rockies

What do you do when not at the track? I mainly relax with my friends
What are your goals outside of karting? To get accepted into M.I.T. and get a P.H.D. in quantum physics
What type of street car would you like to drive? A 1969 Ford Mustang Fastback
What are your pet peeves or things that irritate you? Renters and really load people
What is your favorite aspect about racing in the Rotax Max Challenge program? The amount of people involved that are so dedicated to racing