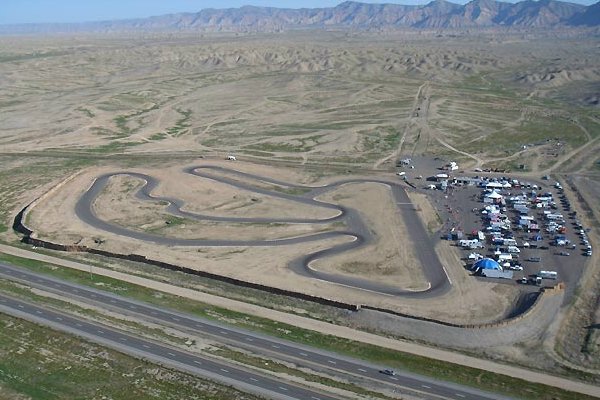 The Rocky Mountain ProKart Challenge is set to return to action next weekend, visiting the Grand Junction Motor Speedway in western Colorado. As in the last three years, the Superkarts! USA regional mid-summer race weekend will serve as the tune-up race for the annual SKUSA Pro Tour SummerNationals. The SummerNationals have taken place in the program’s backyard the last three years, first at Grand Junction in 2011, then at Miller Motorsports Park in Tooele, Utah for 2012 and now back to GJMS. The July 5-7 weekend will be the final time competitors will be allowed to test or compete in the same configuration – and in a similar weekend format – as the SummerNats.

Regional director Stan Bryniarski and his team at the RMPKC have been working very hard this season to boost entry numbers at the previous three rounds of competition. So far, entries have increased – with rounds four and five expected to be the highest of the season and out-of-state entry numbers higher than ever before for the past pre-SummerNats events. Last year’s event in Utah saw over 80 racers take part, with 100 a possibility for the double-race event. With the SKUSA Pro Tour scheduled two weeks later, the Grand Junction facility will host two of the biggest events in Colorado karting this year.

The Rocky Mountain ProKart Challenge has some exciting championship battles reaching the halfway mark of the 2013 season. The S1 Pro Stock Moto category has seen some talented names on the season already: Sabré Cook, Christian Bird, Tyler Bennett, Mike Beeny and Bonnier Moulton. Other big names are expected to join the field, panning out to be a solid preview of who will battle for the $1,750 prize purse at the SummerNationals. A strong pedigree of S2 Semi-Pro Stock Moto drivers calls the Rocky Mountain area home. Rookie driver Mianna Wick is the current point leader with consistent results to this point, leading two-time feature winner Ben Schermerhorn by 19 points after troubles at round two resulted in minimal points. The ageless David Conyers leads the standings in S4 Master Stock Moto, thanks to his recent victory at round three. Scott Allen and the very fast Jet Davis trail him in the points, but things could shake up with the return of Utah double winner Justin Peck. Lauren Stark and Duncan Biles are the current championship leaders in the S3 Novice Stock Moto and S5 Junior Stock Moto categories.

TaG Cadet continues to be one of the most exciting categories of the series, but has been dominated to this point by Payton Durrant. The Utah pilot has been perfect through three rounds despite a stacked field. Derek Deslauriers, Tristin MacLeod, Daniel Walter and Noah Walter are among the drivers looking to end his streak in Grand Junction. Scott Falcone has also been perfect in 2013 for the TaG Master category on the season. Mike Urban and Bob Rodrick have kept the current Pro Tour and Rocky Mountain PKC point leader honest after three events. Another SKUSA Pro Tour championship leader calls the series home: TaG Junior driver Austin Versteeg. After sweeping the two rounds in Utah, he missed the third stop at IMI, handing the series point lead over to Angus Watkins. Jason Dempster has a perfect score in the TaG Senior division, with a number of Pro Tour competitors expected to join him in Grand Junction.

The Grand Junction event will serve as another ‘punch’ event for the United States Rotax Max Challenge program and participation for the upcoming Grand Nationals. Drivers in the Rotax categories will be able to earn two more punches after participating on the weekend, before heading out to the end of July event in North Carolina. The Mini Max and Micro Max categories have seen solid fields, with top regional drivers filling out the other classes offered.

Pre-registration will close on Monday, July 1 at midnight, so racers have just a few days to submit their entry for a discount at superkartsusa.com/rmmw-store. Hotel rooms are filling fast at the DoubleTree by Hilton Hotel Grand Junction, the same host hotel location for the SKUSA SummerNationals. Racers attending the Rocky Mountain PKC event will be able to keep their haulers and trailers at the Grand Junction Motor Speedway facility free of charge up to the SummerNationals weekend. All information regarding the weekend can be found on the SKUSA Rocky Mountain event page (http://www.superkartsusa.com/regional/rocky-mountain-pkc/event-calendar/rmpkc-4-and-5-2013.html)

The Rocky Mountain ProKart Challenge would like to recognize the following supporters for the 2013 season: American Medical Response, Falcone Custom Homes, CRG-USA, Miller Motorsports Park, Billet Performance, Woodsource, Unser Racing, and Karting Coach. Be sure to visit http://www.superkartsusa.com for more information on both events, along with updates on the new Facebook page (www.facebook.com/RockyMountainProkartChallenge).