Another $2,500 up for grabs as series takes competitors to historic Briggs & Stratton Raceway Park in Wisconsin July 12-14

The United States Pro Kart Series – presented by Bridgestone, FranklinKart.com, and L&T Manufacturing – visited two of the most modern and popular facilities in the opening rounds of its inaugural season. Moving into the second half of the year, the series heads to where it began for many in the sport – the historic Briggs & Stratton Raceway Park in Dousman, Wisconsin to host the ‘Mid-Summer Classic’ sponsored by QPS Employment Group. The home of the Badger Kart Club is like many facilities around the country, unchanged throughout time while providing the stepping stone for many to enjoy the sport of karting. The USPKS is happy to travel to the challenging 6/10-mile course, providing what will be one exciting weekend in the Badger state.

One of the benefits of racing with the new United States Pro Kart Series is the cost per lap ratio. Over the first two events, many of the competitors were praising the series officials for the amount of track time provided each weekend. The total cost to enter is similar, if not cheaper, compared to other traveling series with more laps at the USPKS. The $300 pre-registration fee ($50 more for Leopard Pro) covers all three days of action – Friday practice, Saturday racing and Sunday racing. At the last event in New Castle, Indiana, racers were given five practice rounds on Friday, equaling out to roughly an hour total of track time. Including warm-up, the qualifying session, two heat races and the main event, competitors were given roughly 150 laps on the weekend which equates to about $2 per lap cost for competitors. Changing with the size of each facility, the daily event schedule for Badger will include 5-minute qualifying, 12-lap heat races with the main events schedule for 25 laps (30 for Leopard Pro).

The United States Pro Kart Series is one to listen to its racers and adjust the structure and rules when needed. The Leopard Semi-Pro competitors overwhelmingly voiced their opinion and unanimously favored to follow the same tire rule as the Leopard Pro division, using TWO sets of tires per weekend. Thus, the USPKS has adjusted the tire rule for the Semi-Pro category to allow competitors a new set of Bridgestone YLC tires per day. The new rule will be optional, as they will still have the ability to use the same set of tires both days.

At the halfway point of the 2013 USPKS program, the championship fights in the Leopard and Yamaha categories have developed through the first four rounds, with another four set to decide the inaugural title winners. Thanks to her two victories at the New Castle event, Ashley Rogero finds herself $3,500 richer and the championship lead in Leopard Pro. USPKS offers each weekend a bonus of $500 for a driver to win both main events on the same weekend. It doubled after the opening weekend in Mooresville, growing to $1,000 and HYTORC matched that for the New Castle weekend. The Florida driver now leads former point leader Mike Giessen and Jacob Donald by just 20 points. Giessen was unable to match the results in New Castle that he did in Mooresville, but knows his way around the Dousman circuit. Donald, after recording a DNF in round one, has come back to record three straight podium finishes – including two runner-up results. Wisconsin’s Joel Jens and Illinois pilot Kyle Kalish round out the top-five, both looking forward to the trip to Dousman to recharge their championship chases. The double win bonus will offered again, starting at $1,000 for the Wisconsin weekend. 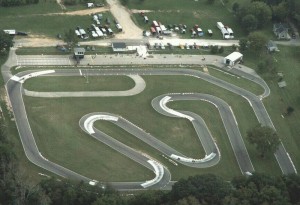 USPKS Mid-Summer Classic is set for the home of Badger Kart Club in Dousman, Wisconsin on July 12-14

Dustin Stross extended his lead slightly, adding a second victory to his Leopard Semi-Pro season in the USPKS. The Florida driver now leads by 85 points over round four winner Mike McAndrews, who ripped off three straight third place finishes before jumping to the top step of the podium. The chase in the Leopard Masters division has three drivers within 35 points. Chuck Gafrarar kept his lead through a challenging New Castle weekend, thanks to a second place finish in Saturday’s main event. His podium run came to an end Sunday placing outside the top-three. Same for Brian McEvoy, who finished second or third in the first three rounds but did place fourth in round four to keep within 25 points. Two-time winner Brian McHattie was unable to make the main event in New Castle on Sunday, and thus suffered a loss in valuable points to put him third in order.

After two weekends, no one has been able to stop Joel Jens in the Yamaha Senior division. The Wisconsin star has rattled off four victories in four main events, including a seventh to first in the last triumph. Indiana pilot Sam Cate is the closets challenger in the point chase, however, all are gunning to stop Jen’s streak in Dousman. The three different winners in the Yamaha Junior class are the top contenders thus far in the point standings. Zach Holden won the opening round, and has been able to hold on to the top spot through the New Castle event. Emerson Reed moved himself closer with two victories at the last event, trailing now by just 40 points. Another 40 behind him is round two winner Gresham Wagner, with the fight expected to continue on in Wisconsin.

Five drivers will enter the Mid-Summer Classic event within 100 points of each other in the Yamaha Cadet division. Neil Verhagen continues to lead, thanks to his round one victory and the shuffling around of the results throughout the four rounds – which has seen four different drivers stand atop of the podium. Sam Mayer has yet to win a race, but sits second and heads to his home track. Round two winner Austin Schaff is third, round three victor Simon Sikes fourth and Alex Verhagen fifth. The driver who earns the victory Sunday in Dousman will be awarded a KartLift Pit Cart, similar to the one given to the Sunday Yamaha Rookie winner at New Castle. This new product by the Wisconsin company provides a great working space for your area in the paddock, and is manufactured with the same durability and uniqueness that KartLift puts in all their products. In the Yamaha Rookie division, the class has seen four different winners, but just two at the top of the standings looking comfortable in the championship chase. Round two winner Mark Fineis leads Griffin Kunz by just 25 points. Kunz has closed the gap on three straight runner-up finishes, but the rest of the field still has a chance to catch up in the final two events – including round four winner James Lynch and round one victor Nic Sheppard.

Action from the New Castle event was captured by Indiana photographer David Lee. Spectacular on and off images were taken both Saturday and Sunday. Visithttp://www.davidleephoto.com and visit the Galleries section to view and order your copies today. When racing action begins Saturday, July 13 in Dousman, eKartingNews.com will be providing its ‘Trackside Live’ once again through qualifying to the final checkered flag, allowing those unable to attend Dousman in person to feel like they are along the fence line. Friends, family and fans can listen in at http://www.ekartingnews.com/live on the weekend to view live timing and live race call from USPKS announcer Randy Kugler. Those companies interested in supporting this weekend’s broadcast may contact EKN via email sales@ekartingnews.com .

Pre-registration for the USPKS Mid-Summer Classic is due by July 3 with NO exceptions. The event hotel will be the Olympia Resort in Oconomowoc, WI, just minutes north of the facility. A complete weekend schedule is expected to be released on the USPKS website in the coming days. Until then, visit at http://www.uspks.com and be sure to ‘Like’ them at Facebook.com/Uspks for updates.