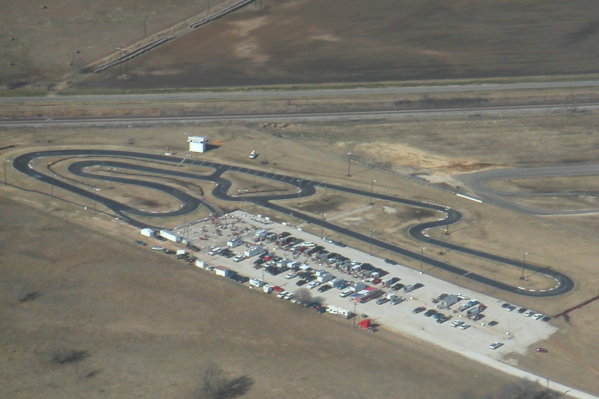 The sun dropping over the horizon, smell of race fuel and tire rubber, lights shinning down on the pavement…night racing is among the most challenging and rewarding experiences in karting racing. For the competitors of the Texas ProKart Challenge regional series – presented by 3G Kart Racing/Burger King®/Fernelius Alvarez Attorneys/Dallas Karting Complex – they will get their chance on June 27-29 at the popular North Texas Kartway in Denton, Texas. Rounds five and six of the 10-event championship program will be contested under the lights in a special Thursday through Saturday weekend for the United States Rotax Max Challenge and Superkarts! USA regional program.

“I’m really excited about next week,” stated Texas ProKart Challenge administrator Dave Pauly. “The people at the North Texas Karters are amazing to work with, and racing under the lights is something special. I know many, if not all of our racers are looking forward to the event, and we expect some drivers who have not yet raced with us this year just because of the night racing format. This will be a first for the series, and I expect it to become an annual trip for our program in the future.”

A number of competitors in the area will be competing in their final Burger King Rotax Max Challenge event before heading to the United States Rotax Max Challenge Grand Nationals in North Carolina at the end of July. Many, if not all of the championship contenders will be in attendance to bring back the national titles back to the Lone Star region. Micro Max has seen two drivers scoring the feature wins – Max Waithman and Emiliano Richards. Each has two on their scorecard, with Waithman holding a 45 point advantage heading to Denton. Ethan Arndt is close behind, finishing no worse than fourth in the opening rounds of the season. Just 105 separate the top three in the Enertech/Chase Racing Mini Max division. Nicholas Brueckner leads the title chase with Luis Alfonso Perez Pena back by 45 points. Max Hewitt remains in the hunt, as he and Pena are looking for their first wins of the season. Jesse Woodyard is the top driver in the Champion Racing/Intrepid Rotax Junior category, as he leads Nathan Adds and Thomas Beaudoin.

It’s just 70 points between Alex Tartaglia and Conner Clay in the Rotax Senior class. Tartaglia has a win while Clay does not, so Denton should be a deciding factor in the chase. David Pergande has a strangle-hold on the Rotax Masters standings with three wins this season, leading Steven Clark. Tartaglia also leads the DD2 points thanks to his opening round win and two additional podium finishes. Former Team USA member Nathan Mauel is in second with CJ Cramm trailing. Lance Lehrman is in control of the Dallas Karting Complex DD2 Masters standings, with some competition set to battle him at Denton.

In the Superkarts! USA categories, the championship chases are heating up. The top three of the Pole Position/DR Kart S2 Semi-Pro Stock Moto division looks like the SKUSA Pro Tour, with Miguel Lopez, Ryan Kinnear and Garrett Boone fighting it out for the championship. Lopez won both features at the opening weekend with Kinnear and Boone coming through with victories in Katy. The SwedeTech S4 Master Stock Moto category has seen only two drivers stand atop the podium in the first two events – Jordon Musser and Chris Jennings. Musser dominated the Dallas weekend while Jennings scored both feature wins this past event. Friends by day, rivals on the track, and both have experience in Denton so beating them under the lights will be an accomplishment. The J&T Racing S5 Junior Stock Moto class sees Nathan Adds and Jesse Woodyard at the top of the standings in a tie. Adds has been on the podium in all four main events, while Woodyard took his first two trips in Katy, earning the victory both days. Trailing just 20 points behind is Mexican driver Raul Guzman, who has finished second or third thus far.

Emiliano Richards currently holds the number one position in the TaG Cadet standings, following his first win of the season in round four. His advantage is about 100 points over Max Hewitt, a two-time runner-up in Dallas, with two-time winner Nicholas Brueckner holding third. TaG Senior has Wyatt Maness in the top spot of the point chase with two wins and a runner-up to his credit. Brian LaBarbera has found success in the even rounds, winning both features on each of the Sundays and trails by 112 points. Just 35 points separate the top three in the TaG Master standings with Paul Jones on top over Patrick Roth and Jesus Robles. Each have a win except for Robles who has won the last two, and could find himself jumping to first if he adds another next week. Austin Osborne has a sizable lead over Rodrigo Rejon in the Champion Racing/Intrepid TaG Junior class, thanks to four straight feature wins.

Texas ProKart Challenge has extended the online registration prior to the event until midnight, June 23. Currently, the price to enter the two rounds – including a driver pass, five gallons of fuel and one liter of oil – is available for $285. Fees will increase for at-track registration. Racers are asked to ensure they fill out their Superkarts! USA or US Rotax Max Challenge membership forms if their membership has not yet been renewed for the 2013 season. Move-in will begin Thursday morning with practice set to begin at 4pm that evening. Friday and Saturday on-track action will begin at 3pm each day with warm-ups and head straight into qualifying.

To enter for the opening rounds of the 2013 Texas ProKart Challenge, or to find out more about the program and event details for the North Texas Kartway weekend, be sure to visit http://www.texasprokartchallenge.com and ‘Like’ them at Facebook.com/texaspkc