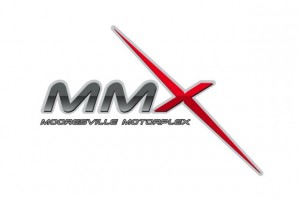 Father’s Day afternoon made for a beautiful summer day of karting for Round Five of the MMX Karting Challenge. Dylan Tavella, Joseph Lamberth, Dan Roeper, Jack Weprin, Mark Gabriel, Dev Gore, Matt DiBenedetto, Justin Halliday and Ed Gliss all scored final wins in the fifth race of the 10-round series. With the completion of Round Five, the MMX Karting Challenge moves into the second half of the series where every point is more important than ever.

The day began with a special Father’s Day breakfast during registration. However, the Mooresville Motorplex Father’s Day celebration didn’t end there. During the lunch break, race dads got their chance to get behind the wheel in an eight-minute Father’s Day rental kart race, scored by lap time instead of track position. Philip Tavella won with a 64.141-second lap, followed by John Melicia (64.671) and Tom Acklam (65.036). You would have thought these dads were racing for position as they came to the checkered flag three-wide exiting the last turn! Huge thanks to all the dads who participated for providing an entertaining race to say the least!

Following the Father’s Day race, over 60 competitors in nine karting divisions went head-to-head in their final races during Round Five of the MMX Karting Challenge.

In the Rotax Micro Max division, it was Dylan Tavella who scored the final win in dominating fashion. Tavella sat on the pole and took the win in the prefinal as well. Alex Verhagen took the lead early on in the final, swapping for the lead with Tavella each corner. The two made contact eventually, allowing Hannah Greenemeier to sneak by stealing the lead. Greenemeier’s lead was short-lived when Tavella made his way back up to her bumper. Tavella completed the pass on Greenemeier and went on to take the win with over a four-second margin of victory. Dante Tekampe and Alex Verhagen rounded out the top-three.

The tough, close competition continued into the Rotax Mini Max class, with first-time series winner, Joseph Lamberth taking the checkered flag. Philip Varner laid down the fastest lap in qualifying with a 52.476-second lap. However, Neil Verhagen grabbed the 12-lap prefinal win. In the 15-lap final, Verhagen lost his early lead in the bowl turn and fell back in the pack. Lamberth held onto the lead and crossed the line in first, while Varner and Verhagen finished in second and third, respectively.

In the Rotax Senior 15-lap final, it was Dan Roeper who walked away with the win. Roeper sat on the pole earlier in the day with a 48.215-second lap, but it was Roger Ralston Jr. who won the prefinal. After the competitors got straightened out following a hiccup in turn one of lap one, it was smooth sailing for Roeper and he walked away with the victory, followed by Ralston and Aryton Mutagaana.

Jack Weprin had a perfect day, qualifying on the pole, winning the prefinal and 20-lap final race in the Rotax Junior division. Chase Acklam grabbed his first podium finish of the series with a second place finish. Alex Sullivan was clearly the hard charger of the race, moving up from last to finish third.

In the TaG Senior division, it was Ed Gliss who won the 20-lap final race, after qualifying on the pole for the prefinal earlier in the day. However, it was Evan Sanders who stole the prefinal win. Gliss regained his momentum and took the final win, trailed by Ben Murphy and Casey Appleman.