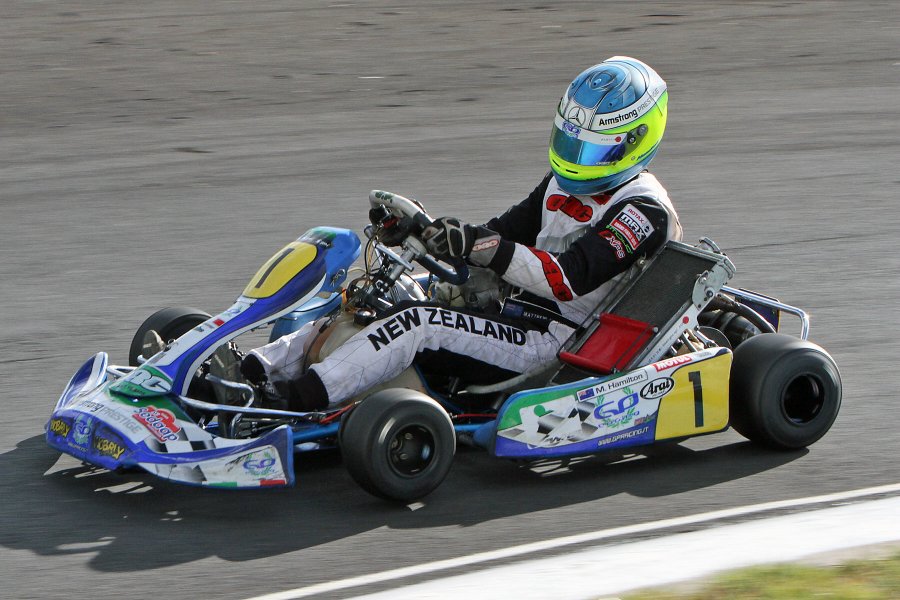 Christchurch drivers Matthew Hamilton and Scott Manson led the charge in the premier KZ2 class at the fourth round of this year’s Formula S ProKart Series at Tokoroa last weekend.

Young gun Manson, only just out of the Junior ranks, was quickest in qualifying and won the first heat, but old hand Hamilton, a multi-time New Zealand sprint class champion in the direct drive classes, worked his way forward through the heats before winning both the Pre-Final and Final and with it the round from established series star Graeme Smyth and defending class champion and the winner of the first three rounds, Ryan Grant.

Grant spent the weekend dialing in a new kart and though his decision to run wet tyres rather than slicks on a damp track helped him win the second heat he ended up back in eighth place in the Pre-Final, meaning he had to work extra hard in the Final to make it back up to third across the line behind Hamilton and Manson and claim third place for the round behind Hamilton and Smyth.

Visiting Australian driver Ricky Capo ran mid-field in the heats on Saturday and Sunday morning but worked his way up to fourth in the Pre-Final and sixth in the Final to end the weekend eighth overall.

The big news in the KZ2 Masters class was the winning return from injury of defending class title-holder Tom Curran from the Hawke’s Bay, though it was his admirable consistency – never finishing lower than fourth – which won class series’ points leader Snow Mooney the round.

Such is the depth of competition in the class at the moment that there were four different race winners, Bay of Plenty round winner Brett Hollander in the first heat, former New Zealand rep Mark Lane in the second, Tom Curran in the third and Pre-Final and Mark Wheeler – claiming his maiden win – in the Final. 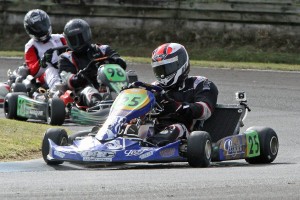 In the KF3 junior support class, meanwhile, Bay of Plenty youngster Mitchel Sanders claimed his first round win of the season after getting quicker each time he ventured out onto the track.

North Island class champion Mitchell Turner, who won the class at the first two rounds of this year’s series, won the first and second heats but Sanders won the third as well as the Pre-Final and Final to top score over round three class winner Arran Crighton from Auckland and Hawke’s Bay driver Turner.

The weekend’s round was the fourth of six of this year’s Formula S ProKart Series with subsequent rounds in Hawke’s Bay in August and Auckland in September.