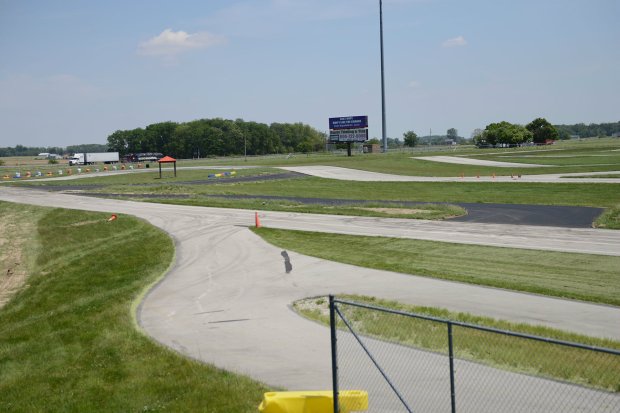 A wide look at the new addition to the NCMP facility
(Photo: newcastlemotorsportspark.com)

Staying fresh and adding new amenities is always something a motorsports facility strives for as the years pass. Close to reaching the 10 year anniversary, the New CastleMotorsportsPark in Indiana is paving a new section within the popular ‘National’ circuit this week, aimed at providing additional layouts for the many series that visit the facility and the home series – Kart Racers of America (KRA). As of right now, there are at least 17 different configurations used for KRA and numerous other events, and this new section on the west side of the facility will add even more.

The new addition to the New Castle facility is located between the two long straights, south of the famous I-70 corner and adjacent to the pit entrance from the final straight. The new section will cut off the I-70 corner complex, adding two corners over 90 degrees, a new straight section inside that leads to an esses section. The new section will sit until August or September, so the pavement can cure and be ready for competition. Earlier this year, new paved sections inside the oval on the east side of the complex were added, used more for the rental karts during the week but also another way for competition karts to work around the massive facility. 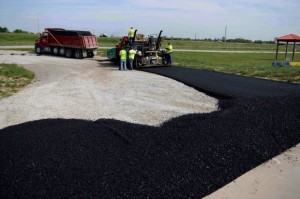 Base layer getting set for new addition to NCMP
(Photo: newcastlemotorsportspark.com)

“The reason for the new asphalt is to give us more options on track layouts for our club racers and national series,” commented Mark Dismore Jr. of New Castle Motorsports Park and Comet Kart Sales to EKN. “We added the new sections obviously back by the oval 5 years ago so adding new sections is not anything new to NCMP, but it’s the first time that we can significantly change the main portion of the original layout. The KRA racers love to run different layouts and this is the first time we have altered the west side of the track.”

The facility is closed for practice today as the paving process continues, but the New CastleMotorsportsPark reopens Friday in preparation for a double-header weekend for the KRA series Saturday and Sunday. Round four of the series will compete on the layout #6 with Sunday’s round five action on the ‘National’ #1 layout. Next weekend will be the second stop of the new United States Pro Kart Series on June 7-9, with full ‘Trackside Live’ coverage provided by eKartingNews.com all weekend long.