Connor stake his claim at Tokoroa 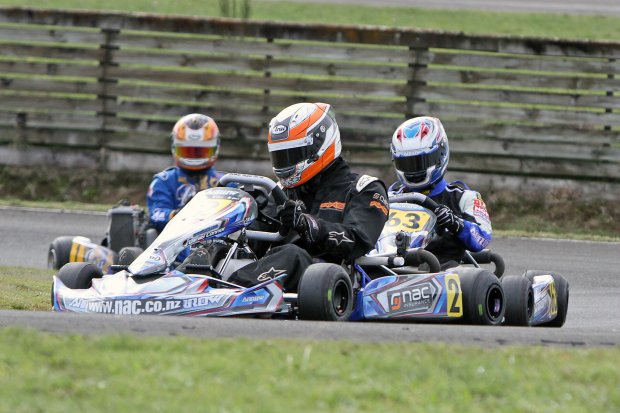 Daniel Connor was the big winner in the premier Platinum Glass 125cc Rotax Max Light class at the latest round of the YÖGG Rotax Max Challenge of New Zealand kart racing series at Tokoroa over the weekend, the Helensville teenager qualifying quickest and claiming a clean sweep across the two heats, Pre-Final and Final.

Over a weekend where both Kinsman brothers, and surprise round 3 class winner Daniel Bray, struggled to find working chassis set-ups in the cool and changeable conditions, Connor and some of the younger drivers in the category including Mason Armstrong, Reid Harker, Rhys Tinney and CJ Sinclair stepped up.

Armstrong was second behind Connor in the heats and Pre-Final and looked set for the same result in the Final until a tangle on the first lap saw him slip back down the field but recover to cross the finish line in seventh place.

Palmerston North driver Dylan Drysdale was another early season round winner to come under pressure at Tokoroa, Christchurch rival Marcus Armstrong sharing heat wins with Hamilton driver Campbell Joyes then taking out both the Pre-Final and Final to close to within one point of Drysdale who finished fifth in the Pre-Final then fourth in the Final behind Armstrong, Joyes and Christchurch driver Ryan Yardley.

Hart continues to lead the Masters 32 yrs+ category-within-a-category but sixth place in the Final was not enough to maintain his Heavy class series points lead, Cunningham, a former series class winner, now in front by nine points.

Early on in the weekend round three class winner Shane Hodgson looked like the driver to beat, winning both heats but come the Pre-Final it was Cunningham who was in front from KartSport Mt Wellington alumni Stuart Marshall and Hart.

Cunningham then went on to win the Final from Taranaki driver Aaron de Ridder and the first of the Masters class drivers, Brendon Gridley from Nelson.

The weekend’s round was the fourth of six with a break now until the fifth in Hawke’s Bay in mid-August and the final in Auckland in September. 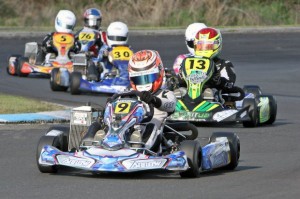