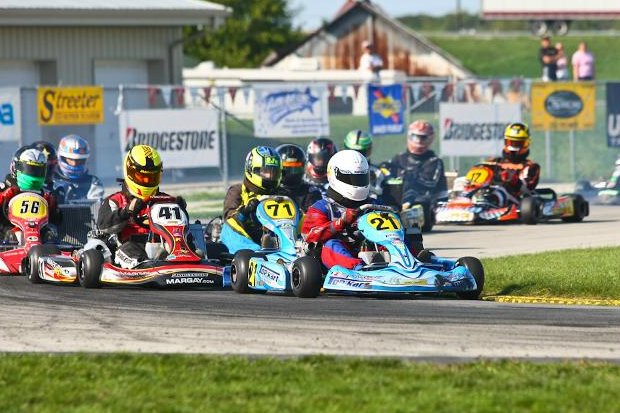 Two-cycle sprint racers and teams from around the country will embark on one of the most popular karting facilities in the United States this weekend for round three of the 2013 WKA Mazda / Bridgestone Manufacturers Cup Series, the McLaughlin Motorsports Nationals at New Castle Motorsports Park in New Castle, Indiana.

Twenty-two divisions will run a full program of practice, qualifying, pre-finals and finals between Saturday and Sunday. The track will open Friday for a full day of official practice. Competitors will begin moving into the facility Thursday morning, while WKA officials will offer safety pre-tech, pre-entry pickup and registration Thursday afternoon.

Some story lines to keep an eye on this weekend include the fierce battles in the Yamaha, Cadet and Komet Sportsman divisions, can anyone challenge Mike McAndrews in Komet Junior, and who will step up to make headlines in the TaG and Parilla Senior classes.

SPORTSMAN
In the Sportsman classes, a Triple Crown championship is up for grabs and several drivers have a shot at it. Favorites include Merlin racer Brandon Lemke, Top Kart pilot Zach Holden, Tony Kart racer Anthony Gangi Jr. and Birel driver David Malukas.

After an up-and-down Florida Winter Tour campaign, Malukas has been very solid in WKA competition. The 12-year-old racer from Chicago has netted five feature wins between Daytona and Carolina Motorsports Park, including becoming the only driver to score the hat track (three race wins) at Kershaw. Malukas has never won a points championship, and 2013 clearly is his best opportunity to date.

Gangi was unbeatable at times in the Florida Winter Tour, but the New Yorker hasn’t been quite as stout away from the Rotax racing. Gangi won twice at Daytona and once at Kershaw. We’ll see how the GT7 Motorsports racer fares this weekend, as he’s right in the thick of the points battle in all four Sportsman categories.

Holden won a Man Cup championship last year on his Arrow before swapping to the Top Kart USA team this season. Holden’s had mixed results thus far, and he’s still searching for his first Man Cup wins of the season. New Castle is Holden’s home track, and he’s likely to be stout this weekend. He won once last year at the 2012 Man Cup season closer at the Castle.

Lemke continues to impress on his Merlin. He was very strong two weeks ago at the Route 66 Sprint Series opener at New Castle, and while he only has one win so far in 2013 Man Cup competition, he’s raced inside the top five and been in contention nearly every race. The Wisconsin racer will likely be tough to beat this weekend.

Other Sportsman racers to keep an eye on include Sam Mayer, who won his first non-Rookie Sportsman main at Kershaw, Michael d’Orlando, who was also a Kershaw winner, John Paul Southern Jr., Giovanni Bromante and Austin Schaff. 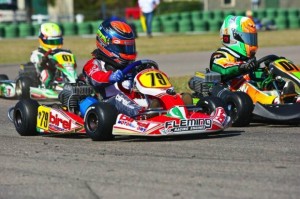 ROOKIE
The Yamaha Rookie division may be the largest class this weekend with over 25 pre-entrants. All the top points drivers are entered – Tyler Ferris, Jeremy Fairbairn, Brian Tremper Jr., Mark J. Fineis and Jayden Larson – and the youngsters should put on a good show for fans.

Two drivers to watch are Tyler Ferris (Top Kart) and Fairbairn (Tony Kart). Fairbairn swept the opener at Daytona, winning both Rookie mains, before Ferris matched his feat at Kershaw with feature wins both days. Birel racer Gage Rodgers was also very strong at Kershaw, finishing second on Saturday and nearly taking the win from Ferris.

Top Kart racer Ryan Raffa, who won Yamaha Junior 1 at Daytona, will not be in attendance this weekend due to suffering an injury at the New Jersey Sprint Series opener. We hope to see Raffa back at the Man Cup Top Kart USA Grand Nationals at JET Karting (South Bend) June 28-30.

After four races, Yamaha Junior appears to be Brandon Jarsocrak’s to lose. The Haase wheelman won Sunday at Daytona and the Saturday show at Kershaw, and netted a couple top-five finishes in the mains he didn’t win. Jarsocrak has a solid lead in the championship standings, and Raffa is second, who is out for the weekend. Look for McCusker, Quinlan, Wagner, Emerson Reed, Braden Eves and Killian Keaveny, among others, to challenge the Pennsylvania racer in Yamaha Junior.

Another story line to watch this weekend in the Junior ranks is Quinlan and his bid for his first Junior feature win in Man Cup. The 2011 WKA Triple Crown champion has 19 national wins to his credit, but he’s been shut out of victory lane since advancing to Junior at the beginning of the 2012 season.

Quinlan won both Yamaha Junior mains at the Great Lakes show last weekend at New Castle, and this is likely his best shot yet to capture his first Junior main event triumph. 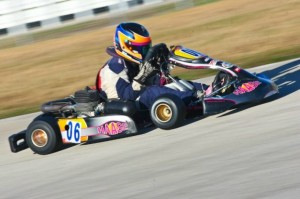 Johnston won the most recent event – Sunday at Kershaw – and holds the point lead by a mere 15-point advantage over Dignan. Dignan was stout on Saturday at Kershaw, winning both TaG and Parilla Senior mains, and will look to continue his success this weekend at the Castle. Giessen did not pre-enter and Neri is not a regular on the Man Cup.

Other drivers to watch will be Top Kart racers Mark Boos, Mason Chelootz and Jake Johnston, as well as Tony Kart driver Jonathan Kotyk, who’s still knocking on the door of his first senior TaG feature win in Man Cup.

Praga racer Cal Stewart and Arrow veteran Jake Donald enter New Castle atop the Parilla Senior standings. Stewart was strong at Kershaw on his Praga, capturing a couple of second-place finishes, while Donald is strong nearly everywhere he goes.

In an interesting statistic, no one in the top five in TaG Senior points has won a main event in the class yet this season. Dignan won Kershaw day one and is sixth in the points; Giessen won day two at Kershaw but did not run the class at Daytona; Jamie McMurray won day one at Daytona but is obviously not a regular on the Man Cup due to his NASCAR Sprint Cup career, and Chelootz won day two at Daytona but has had a couple of disappointing runs in the class which have him eighth in the standings heading to New Castle.

TaG Masters has a couple of Ferris brothers atop the standings. Scott Ferris swept Kershaw and leads the points over John Ferris III. Steve Schiewer rounds out the all-Top Kart top three in the points. Kim Carapellatti is fourth and Brian McHattie, who swept Daytona but did not attend Kershaw, is fifth.

YAMAHA SENIOR / KOMET PRO
Arrow pilot Dakota Pesek is in the drivers seat once again in Yamaha Senior. The Ohio racer won both Yamaha Supercan national championships last year and appears to be in line to win Yamaha Senior in 2013. Pesek has two wins and two seconds on the season thus far, and has a commanding point lead over Brett Schneider. Joel Jens, Patrick Olsen and Jason Foley are third through fifth in the points entering this weekend’s events.

The battle for the Komet Pro championship and its $2,000 prize is still wide open. Tony Kart racer Jonathan Kotyk has not won a race yet, but enters New Castle 49 points ahead of Top Kart driver Patrick Olsen. Darin Marcus won day two at Kershaw and is third, while Jens and Darren Brubaker complete the top five.

New Castle gates are open to park at 8 a.m. Thursday. Pre-entry pickup will begin at 3 p.m. and pre-tech will be offered around that time, as well.

Gates open at 7 a.m. Friday through Sunday. Friday practice is slated to go off at 9 a.m. Go to http://www.worldkarting.com/downloads/eb-2013/newcastle_mc.pdfview the event entry form, which includes the daily schedules and other important information.

To view the WKA Live page, go to http://www.worldkarting.com/index.php/live/wka-live-coverage-manufacturers-cup