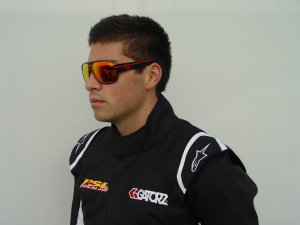 Matt Ostiguy’s sponsor GATORZ is offering a 25% discount on all sunglasses purchased online athttp://www.GATORZ.com by simply entering the coupon code: MATT2013 (all caps) when checking-out online.

GATORZ Eyewear signed Matt for the 2013 racing season as an official brand ambassador and sponsorship: “We are excited to have Matt Ostiguy Racing back with Gatorz for 2013. Matt’s enthusiasm and professionalism are the exact traits we strive for in an ambassador representing our brand. Matt’s hard work and dedication has given Gatorz additional exposure in the Motorsports arena and we look forward to working with him in the year ahead.”

About Matt Ostiguy:
Matt has raced karts for the last 10 years, since he was 13 years old, starting at F1 Boston and F1 Outdoors in New England. After winning several Junior Karting Championships and his team earning the Vice-championship in the GT Pro Class in the (6 hour) Endurance Karting Championship on the East Coast, he relocated back to San Diego, where he was born. His team also participated in several 24 Hours of America Endurance Kart races at the Palm Beach International Raceway. He was also invited to participate on the USA Team in the 24 Hours of Le Mans kart race in France in 2007, finishing an impressive 5th place against some of the top teams in Europe, including the Honda Factory team.