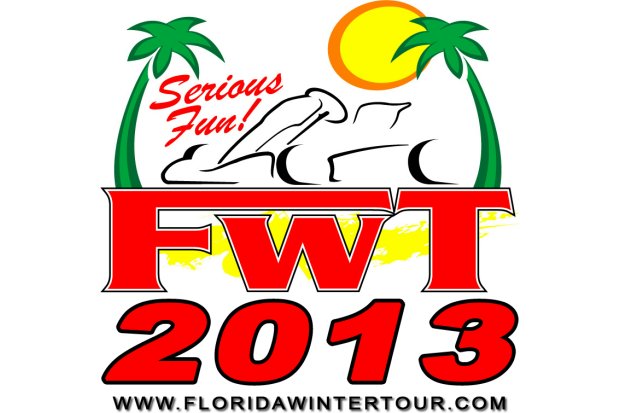 The Florida Winter Tour continues its 15 year tradition as one of the world’s largest and most geographically diverse kart racing programs. The FWT Rotax program has consistently been the world’s largest official Rotax MAX series over the last six years. And the Formula Kart Racing program is once again showing strong growth, thanks to a race format change that has been extremely popular with the more than 120 unique participants through the first two events of the 2013 Formula Kart Racing season.

Although the Tour is based in Florida, its appeal is worldwide. As such, the FWT attracts more international racing stars than any other U.S.-based karting program. For the Homestead rounds, this means additions like former Formula A and Super A World Champion Alessandro Manetti (Italy) who will be competing in Rotax DD2 Masters class. Also joining The Tour in Homestead will be European KZ2 standout Jordon Lamb-Lennox (GBR) in the Rotax Senior MAX category.

While there’s no doubt these drivers come to the FWT because of the high level of competition, that’s not the only reason for the popularity of The Tour. The Florida Winter Tour is often scheduled to compete in areas that offer more than just the racing venue itself. Beautiful sandy beaches, fine dining, upscale shopping and world-renowned attractions are just some of the reasons the Tour is popular with the entire family.

The Homestead weekends, in particular, will feature three attractions that many FWT attendees will want to attend. The Homestead Karting facility is inside the grounds of the Homestead-Miami Speedway, which features a NASCAR oval and a Road Course. Visit the Florida Winter Tour site for more information.

The FWT is also popular for its very special awards. New this year is the Tour’s signature trophy, “The Palm.” The beautiful acrylic award was a big hit at Palm Beach and has been well received as an iconic symbol of excellence in karting achievement. Another special prize given out through The Tour is a seat at the Granja 500. This award is open to all eligible Formula Kart Championship drivers, the winner of which will win an expense paid trip to Brazil to compete in the world famous Granja 500 kart race.

The fight for the $22,000 in Skip Barber / FWT Awards continues with some real heavy hitters leading the way. After scoring double race win weekends in Palm Beach, Danny Formal (USA) and Jack Weprin (USA) sit atop the standings. But, the season is young and with drivers like Neil Verhagen (USA), Gavin Reichelt (USA), and Konrad Czaczyk (USA) within striking distance, this is a battle that is sure to go all the way to Championship Sunday in Ocala.

Another pair of competitions that are sure to go all the way to the last race are the FWT Manufacturer’s and Nation’s Cup Championships. After the Palm Beach weekends, the reigning Nation’s Cup champion, United States of America, has opened with a lead in the Nations Cup standings. But, strong challenges from Venezuela and Canada cannot be overlooked. In the Manufacturer’s Cup, reigning FWT Man Cup champion Tony Kart once again leads the standings. These are just two of the great battles we’ll be watching as the season progresses.

Although it’s been a short time since the opening rounds, many of the drivers in the Florida Winter Tour have remained very active between events. Some of our entrants, like Charlie Eastwood (N. Ireland), Darren Keane (USA) and Jack Weprin (USA) have been competing in Europe. Others, like Nelson Piquet Jr. (Brazil) and Nelson Canache (Venezuela) stayed in Florida and competed in the classic 24 Hours of Daytona sports car race. In fact, Canache had a starring role in driving the winning Porsche Cayman in the newly formed GX class.

These are just some of the highlights we’ll be witnessing over the next two weekends of racing at Homestead Karting. The Florida Winter Tour is truly “THE Winter Place To Be” and you should make it to an FWT event to experience all the Serious Fun! If you can’t make it be sure to tune in for all the action on the FWT’s ground breaking “FWT LIVE!” internet broadcasts.

The Florida Winter Tour is one of the world’s largest, longest running and most geographically diverse kart racing programs. In 2012 the FWT featured over 400 drivers from 28 countries and all six karting continents, and for the 5th consecutive year was the world’s largest official Rotax Max Challenge series and event.

For more detailed information log on to the official FWT web site at http://www.floridawintertour.com