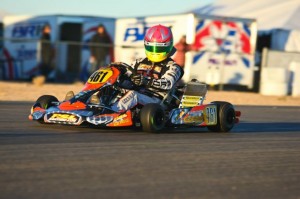 After starting off their 2013 karting campaign at the Rotax Challenge of the Americas opener in Tucson, Arizona, PSL Atlantic is set to continue their assault on the popular west coast series. Team drivers Alan Rudolph and Fritz Leesmann both had strong opening weekends at the Musselman Honda Circuit in January and will now focus on the next rounds, taking place this coming weekend at the Phoenix Kart Racing Association (PKRA) in Phoenix, Arizona.

“Alan and Fritz have become integral players in PSL Atlantic’s operations,” explains PSL Atlantic team principal Mike Dobbelsteyn. “To already have continued success in 2013 with both shows a true testament to their abilities and our operation as a whole and I am excited to see what the rest of the season holds.”

Fritz Leesmann, the reigning Rotax Challenge of the Americas DD2 class champion, put on a dominant display at the opening weekend in January in his bid to earn a repeat title and invitation to the Rotax Max Challenge Grand Finals (RMCGF). The California native was unstoppable, sweeping the entire weekend in the Rotax DD2 class. With both pole positions, two prefinal wins and the two main event victories, as well as fast lap honors in all four wheel-to-wheel races, Leesmann is well on his way to becoming a back-to-back champion. Leesmann earned double victories in the COA Phoenix round in 2012, and will certainly be on his game at the 3/4-mile Formula K Raceway. 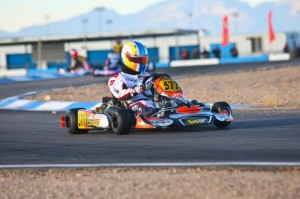 After contesting the Florida Winter Tour in 2012 and earning the championship title, Phoenix-resident Alan Rudolph started his first COA campaign off with a strong opening weekend. The 2012 United States Rotax Grand National DD2 Masters champion intentions were clear from the first official on track action, as Rudolph clocked fastest in the DD2 Masters class and second overall in the combined DD2/DD2 Masters times. A second place podium result in the Saturday round was bettered by Rudolph on Sunday, as the multi-time shifter champ drove away with the final win by more than ten seconds.

Leesmann and Rudolph currently sit one-two in the championship point standings in the combined class after the first of three rounds, with Rudolph leading the Masters contingent. Both will return to COA action with practice scheduled for Friday, February 8 before two full event days including qualifying, prefinal and final on Saturday, February 9 and Sunday, February 10. Live audio coverage will be available via EKN Trackside Live at http://www.ekartingnews.com/live/

For more information in PSL Atlantic or to inquire on team driver opportunities with the PSL Atlantic team, please call Mike Dobbelsteyn at 506-458-9357 or email mdobbelsteyn@dobbelsteyns.nb.ca