ROTAX Winter Cup to Kick Off an Awesome Season 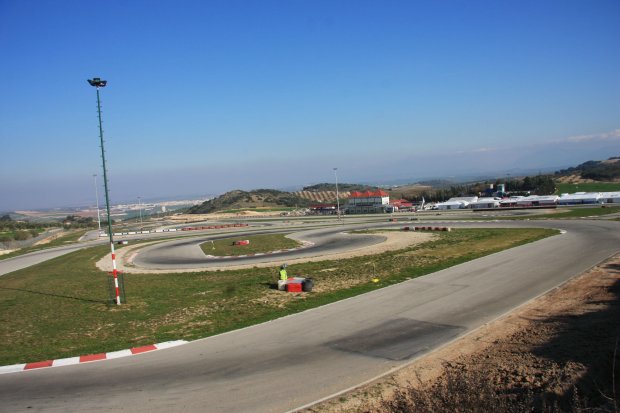 The countdown for the traditional ROTAX Winter Cup, starting on 6th to 10th of February, has just begun. For the fourth time this prestigious karting event will welcome the international ROTAX scene on the Spanish karting track at Campillos near Malaga.

Organised by RGMMC Establishment – the host of the popular ROTAX Euro Challenge – the Winter Cup is the perfect preparation for the upcoming ROTAX racing season. No wonder that feedback from drivers and teams is extremely high. Almost 100 drivers subscribed for the three categories of Max Junior, Max Senior and MAX DD2 plus a special classification for the DD2 Masters. “This means that we are expecting full grids and a sold out event since we limited the grids to 34 drivers. We even had to provide a waiting list”, quotes Roland Geidel RGMMC CEO.

Among the subscriptions one does not only find plenty of new drivers, but over 25 nations coming from all over the world, too: South Africa, Australia and Japan are only a few countries of a long list which is completed by Morocco which is giving its debut in European ROTAX racing. 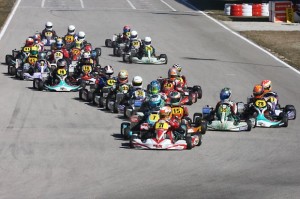 Having a look at the upcoming competition one can say that drivers` quality will be on highest level. As every year the Junior category sees a lot of talents climbing up to MAX Senior but it welcomes a lot of newcomers too. The most experienced talents, especially those who remain in Junior category, will surely have an advantage this year.

The greatest show will be reserved for Senior category. Reigning world and European champion Harry Webb (Tonykart) will debut in the highly competitive class. Here the man from the UK has to prove that he is ready to take the next step successfully. This will not be an easy task for the youngster whose rivals will give him a hard time. The 2012 European vice champion Edward Brand (Intrepid) from the UK belongs to the top favourites just as the recently crowned world champion Charlie Eastwood from Ireland.

There are some more attracting features which makes Campillos worth a journey. The 1.588 metres long circuit is a popular and challenging track with most professional infrastructure. “Campillos is the perfect venue for the ROTAX Winter Cup and we hope for best weather which normally is guaranteed in south Spain with about 16°C at this time of the year”, says James Geidel vice president of RGMMC who has some more news for the ROTAX Winter Cup in his sleeve.

RGMMC will cover the Sunday finals with its own Television Production company and bring the action right home to everyone in the world wide web. “The Winter Cup will be our test run for the live stream. We are really looking forward to this enrichment which is supposed to feature the season of the ROTAX Euro Challenge as well. We do everything in order to make the tenth anniversary of the ROTAX Euro Challenge as great as possible”, stated James Geidel.

Not only live TV is going to be introduced at Campillos. An all new race control system, replacing the onboard camera mode, will launch in Spain. It is a completely new development topping the common standards. Latest software techniques, best picture quality, a sum of 24 cameras all told and two experts in charge of controlling, will guarantee fair sportsmanship for all participants throughout the Winter Cup and the Euro Challenge season.

As for safety a new lightning signal will be launched at Campillos as well. Named 4FLAG the LED-System increases safety for drivers and marshals likewise. One element consists of 1.250 high quality LEDs in order to provide best visibility, regardless the outer conditions are like. It is controlled by remote control and has a runtime of two days (stand by up to four days). The system was developed by RGMMC and the Spanish technology company Pixelcom.

Summing up the fourth edition of the ROTAX Winter Cup promises to become a spectacular event and a thrilling season opener which will be the foretaste for the anniversary season of the ROTAX Euro Challenge 2013.

So stay tuned on www.rotaxmaxchallenge.com or follow the event live on Sunday at www.rgmmcmedia.com