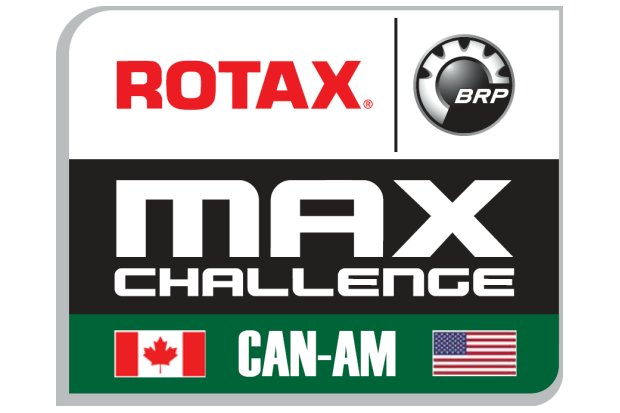 The ‘Can-Am’ name is a popular one in the world of motorsports, putting together some of the most talented drivers at tracks in Canada and the United States. Now, that same philosophy is being put in place for Rotax Max Challenge drivers in the Pacific Northwest area. New for 2013 is the Can-Am Rotax Max Challenge. Dedicated to Canadian and American ‘Rotaxians’, the new race series will fill a void for those racers looking for major events to compete in during the summer months of the 2013 season.

The concept was formulated by veteran Rotax driver/supporter Mike Rolison, a former United States Grand Nationals champion and Team USA member, who will act as the series administrator. “The idea of the series is to create a strong program that Rotax Max Challenge competitors can relate to. We have a large number of Rotax racers in the regional area, however, the options to race have been limited year after year. The season begins with racers going to the winter international programs and returning back home until the Grand Nationals or the Pan American event. Our mission is to provide a similar race series package in our area for both American and Canadian drivers, following the full Rotax Max Challenge rule structure, while providing the most competitive race series possible.

Format for the 2013 Can-Am Rotax Max Challenge is based around five weekends at five different venues, with a weekend schedule based around the typical format of Friday practice, a Saturday race day and a Sunday race day. The series is set to begin sometime in April with venues and dates currently being secured, with the goal of one event a month, while working around other major karting events in the area and across the country. Thus far, three facilities – Pat’s Acres Racing Complex and Medford Kart Track in Oregon along with the Greg Moore Raceway in Chilliwack, British Columbia – have agreed to host a Can-Am event this season with dates to be secured very soon. Rolison is currently talking with two other locations to round out the series schedule.

The Rotax Grand Finals, labeled as the ‘Olympics of Karting’ – will be held for the first time on United States soil as the best from around the world will travel to NOLA Motorsports Park in New Orleans in November. One perk for racers competing in the new Can-Am Rotax Max Challenge will be four drivers earning a ticket to this year’s Grand Finals. The series has secured four spots to the Rotax Grand Finals, with the tickets to be awarded based around three of the events in 2013. Tickets will go to one driver in the Senior Max, DD2, DD2 Masters and Junior Max categories.

“Our hope with adding the Rotax Grand Finals tickets is to bring in racers and teams from outside the Pacific Northwest area,” continued Rolison. “As our racers have proven at the United States and Canada national events, we produce some talented drivers and continue to do so. We’ve talked to a number of kart shops and race teams from both countries, and feel we have a lot of support moving forward. With support from both Canadian and United States Rotax Max Challenge administrations, we hope to make this one of the most competitive and enjoyable series in North America.”

The Can-Am Rotax Max Challenge will see some similarities to that of previous series structures in the area, including the use of the same pump fuel that has been used in the area as before. The only difference will be the race tires are required to be purchased from the series, with one set of race tires utilized per race weekend. National Race Director for the United States Rotax Max Challenge Chris Egger has signed on to handle the same duties for the Can-Am program. Veteran tech director Don Mooremiester has been named as the series tech director, bringing another familiar component to the Can-Am Rotax Max Challenge.

More details regarding the 2013 Can-Am Rotax Max Challenge series are in development, in addition to a series website that will be hosted at (canamrotaxchallenge.com). To learn more about the new program, contact series administrator Mike Rolison at info@canamrotax.com or phone 530-260-4514.