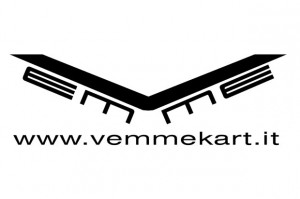 Team Vemme/Extreme Karting will be making their official debut of the 2013 season at the opening round of ProKart Challenge California February 1-2 at ButtonwillowRacewayPark.

Doug Sorensen/Extreme Karting with his team trailer along with Lorenzo Mandarino and the Vemme factory truck will be making the trek not only to Buttonwillow, but also to all of the ProKart Challenge SoCal and Pro Tour races to provide factory trackside service and support.

Team Vemme/Extreme Karting is very proud to announce a team of eight diverse drivers who will be competing in the S1, S2, S3, S4, TaG J & TaG M classes.

S1) Long time Extreme Karting SoCal team driver Peter Abba will be joined by S1 newcomer Cameron Egger. Cameron, who moved up to S1 from S2 this year, hails from Canby, OR where his father Chris runs the Pat’s Acres karting track. Chris has been a part of the SuperNats race directing team a number of times. S1 continues to get more competitive each year as the SKUSA class/licensing system grows and matures.

S2) Joining us from Golden, CO is Christian Schureman. Christian won one of the two Pro Tour SummerNats races last year in Utah and finished extremely well in 9th place at the SuperNats.

S3) Making the trek from Calgary, AB, Canada is Kyoichi Tsui who will be making his debut in Spec Honda.

S4) Another long time Extreme Karting SoCal team driver Ken Schilling will be joined by Chris Perrault who hails from Campbell River, BC, Canada. Chris joined us last year at the Lancaster Grand Prix and both Ken & Chris both qualified for the SuperNats main event on Super Sunday out of an extremely competitive and deep 68 driver field. S4 has continually been one of the largest and deepest classes in ProKart Challenge.

TaG J & TaG M) Also from Canada (Surrey, BC) is the father/son duo of Dave & Kale Kunicki. Kale will be competing in the TaG J field and Dave will be contesting TaG M. Both TaG J & TaG M are large and fiercely fought classes.

Vemme Kart and Extreme Karting (Vemme U.S. importer) are pleased to announce the “2013 Vemme Road to the Rio” plan.

“We are pleased to be able to make this offer to our customers and hope to see even more racing with us throughout 2013 and especially in Las Vegas. We are confident that competing on a Vemme chassis will help all of our loyal existing and new customers alike to improve their program” says Doug Sorensen, President of Extreme Karting, Inc.

Vemme owner Vince Mandarino and son Lorenzo have many years of racing both in North America and Europe. Vince has designed these chassis for the North American market to suit the tracks and tires commonly run. Christian Schureman’s victory in S2 at the SKUSA Summer Nationals in Utah last year is evidence of the capabilities of the Vemme.