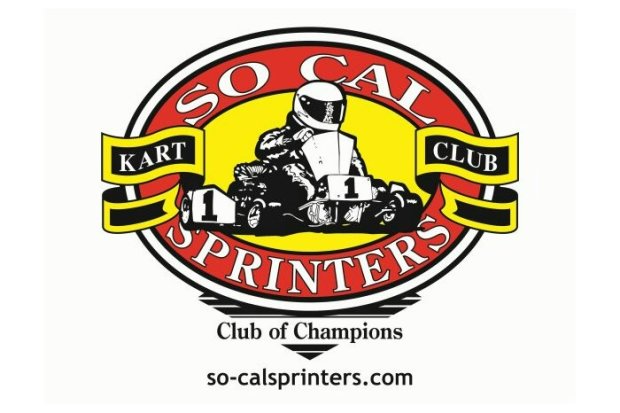 The tale of karting’s historic roots begins in Southern California circa 1956, when Art Ingels manufactured the first kart in his race car shop. Traveling across the city to different parking lots and open courses, the sport developed a strong following in a very short amount of time. Over the past 57 years, karting has grown into what we have today, a thriving form of motorsports enjoyed by countless gearheads and racing enthusiasts. While karting has enjoyed massive change and evolution over the last five-plus decades, one thing that has remained consistent, and that is the large numbers of participants who that So-Cal home. One of the most historic organizations to promote the sport is the So-Cal Sprinters Kart Club, which is celebrating its 50th anniversary in 2013.

With 50 years of history, the So-Cal Sprinters Kart Club has seen a tremendous number of legendary names grace its membership list. The ‘father of karting’ Art Ingels and Duffy Livingston, after which the IKF Grand Nationals trophy is named, were part of the organization during its early days. More recent names include that of Memo Gidley, Brian Herta, Alex Barron, Patrick Long and many others. The club was originally called the ‘Roadrunners of Azusa’, where racers would find large parking lots and other areas in Southern California at which to race. Eventually, the club was renamed and for a majority of its time, has called the Adams Motorsports Park its home. The Riverside, California facility is one of the most iconic courses in North America and the So-Cal Sprinters group is happy to celebrate its golden anniversary at the over-50 year-old track. 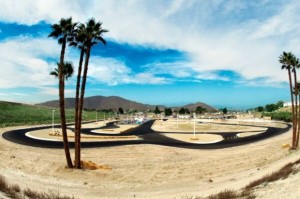 Mike Bowers is entering 2013 as the new Club President and is excited about the task of following in the footsteps of the many great karting supporters who have previously held the position. Bowers began racing with the club back in 1998 in the Novice Sportsman class, winning the championship that year. He raced for about five years before he began working for the club as the starter on race days. Once the Race Director position opened up, he took over the duties until 2012. Mike spent most of the season away from the track after donating part of his lung to his daughter, who had a double-lung transplant. Now for 2013, he will fulfill his duties as Race Director once again while also serving as the Club President.

“I look forward to the upcoming season,” stated Bowers, when talking with EKN. “There are a few new ideas that we are going to try to implement. For Opening Day, we have organized a special tribute to one of our members. The members of So-Cal Sprinters make our club what it is today, and without them we wouldn’t be able to accomplish anything. Our numbers have been slipping the past couple of years due to the economy, and my goal is to try and increase the popularity of the club. I am so thankful to all those that contribute to our club behind the scenes. They are the reason why we have been successful in the past as we are the ‘Club of Champions’.”

Bowers also commented on the work done by all the members, but highlighted Karen Koch and John Wallace. Karen has been a vital asset to the So-Cal Sprinters Kart club, working as the club Secretary and completing the majority of work behind the scenes that many people are not privileged to experience. Wallace has helped on the financial end during his time as club Treasurer. His work on completing all of the contracts and managing the finances have once again made the club’s work profitable.

Hannah Grisham scored two championships last season, and could just be the next big name to come out of So-Cal Sprinters Kart Club. Her family had a history of motorcycle racing, but her father Tom Grisham did not see two-wheel racing in her future, so friends and family suggested that they tried karting for their ‘need for speed’ fix. In 2005, while living in San Diego, Tom consulted with a family friend – Tobin Whitt, father of NASCAR’s Cole Whitt.

Grisham told EKN, “The advice he gave was ‘run at Adams as much as you can, its technical nature teaches you how to drive and is a main reason Cole does so well wherever he goes’. We took this advice and made the 250 mile round-trip as much as we could to practice and to regularly attend the monthly So-Cal Sprinters races. What we also quickly realized was what a great club So-Cal is, ran by persons that love the sport and are not driven by concerns beyond their membership. So-Cal is a family oriented club that is always fun and just happens to run at one of the greatest kart tracks ever built. They also have the lowest race fees in California and a great pre-entry process that saves a ton of time at the track.”

The Grisham family has a long track record attending the So-Cal Sprinters races over the past few years, and is a part of what makes it a great kart club. Now with solid club experience, the Grisham’s are going to focus on regional and national events for 2013, and will still find the time to return back to the club when time allows. “Nonetheless, Adams and So-Cal Sprinters will always be our home track and home club.” 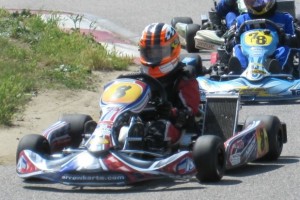 This season, So-Cal Sprinters will host eight events, all running on the fourth Saturday of the month, under any weather conditions. This is the 2013 schedule:

Onboard footage of the AdamsMotorsportsPark during a So-Cal Sprinters Kart Club event last year:

The 2013 class line-up is diverse, yet small enough to ensure plenty of track time and to eliminate extra long days at the track. TaG Heavy category provide a classes for the popular Touch-and-Go engines, per IKF technical inspection. The PRD Fireball engine is offered for the Senior division and in the Junior 1 and Junior 2 age brackets. The Briggs and Stratton World Formula engine has a solid following along the West Coast, with a Senior Heavy class offered at So-Cal Sprinters events. Two-cycle classes include KPV-4 Heavy, 100cc Combined – allowing both Yamaha and KPV-3 engines – KPV-2, and KPV-1. Kid Kart and a new Vintage class round out the 11 categories offered by the organization.

The 2012 season was a good one for the club and the competition was strong.  Here are the So-Cal Sprinters Kart Club Champions from last year:

To find out more about the So-Cal Sprinters Kart Club, visit www.so-calsprinters.com