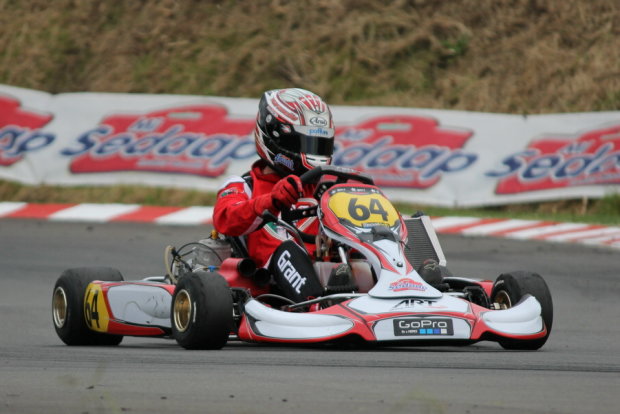 The cream of the country’s karting talent will be in Wellington this weekend contesting the Mi Sedaap instant noodles-sponsored CIK Trophy of New Zealand meeting.

The meeting, again hosted by local club KartSport Wellington at its Wynn’s Raceway facility on Kaitoki’s Rimutaka Incline Rd north-east of Upper Hutt, is sanctioned by the international governing body of KartSport, the CIK, and as such carries the same sort of status in the kart world the annual New Zealand Grand Prix does in the car one.

KZ2 is one of eight different classes running this weekend with the meeting doubling as the opening round of the 2013 Formula S KartSport ProKart Series (for KZ2, KF3 and KZ2 Masters classes).

This year’s CIK Trophy meeting at is the fourth to be hosted by KartSport Wellington and Club President Gary Wilson says that with the support of title sponsor Mi Sedaap it has got bigger and better every year.

“Mi Sedaap instant noodles have supported KartSport in New Zealand for a number of years now and we are extremely grateful a large consumer brand like this continues to get behind KartSport. Mi Sedaap will have a large presence at our track during the event and we welcome the opportunity to work in partnership with such a professional organisation.”

The 2013 Mi Sedaap CIK Trophy of New Zealand will be televised with two 30 minute programmes screened on TV3 on Sunday March 31 and Sunday April 28 at 3.00pm respectively, with repeats on CUE TV.

For more information about the club and details on further up and coming events see www.kartsportwellington.co.nz