2013’s first race brought on some big changes for Overdrive Motorsports’ team odkarts.com. The structure of the Team has changed with Tuner Ryan Ruth resurrecting the KGB kart brand that saw so much success in the late 90’s and early 2000’s. Ryan has now joined Joey Guyon as Co-Team-Manager for the Challenge of the Americas, bringing with him 4 agents of the KGB squad under his Ruthless Karting LLC banner. 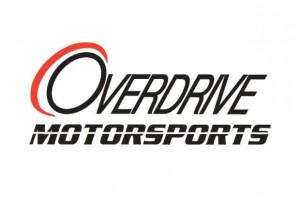 In the Junior Rotax Category, Jim McKinney (KGB/Overdrive Rotax) would hope to improve on his 8th finishing position at the 2012 Challenge of the America’s – and carry his momentum and #1 SKUSA Pro Tour plate from the S5 category. Jim took a few days to grasp the D1 tire, but when he did, he was on a tear. Saturday’s 11th spot qualifying position set him up for a 6th place run in the pre-final. At the start of the final Jim went to work, but when passing karts contact caused his right-rear tire to de-bead. He held on as best as possible to a 13th place finish, having ran the last 10 laps with 0 psi of air in that same tire!

The competitors turned up the heat on Sunday’s qualifying, with Jim missing pole by only 0.04 seconds, placing him in 5th position. An off track excursion in the second corner of the pre-final send him back to 35th early but Jim recovered cleanly to finish in 15th position. An epic run in the final using his Overdrive Power to make passes each lap early on in the race while his KGB chassis handled better and better taking fastest lap overall allowed Jim to earn a 5th place and still has a chance to keep fighting for the points title.

In Micro Max the team had 4 eager drivers. Liam Letzsch (KGB/Overdrive Rotax) is the current points leader with a Victory on Saturday; although his 2nd place finish on Sunday was impressive after dropping back to 7th on the start. He was also the only driver to cross below the 60 second lap time. Oregon’s Austin Torgerson (KGB/Overdrive) Finished 8th on Saturday and 11th on Sunday, showing he has the speed and is determined to refine his race craft. Sebastian Davis finished 15th both days as the 8 year old gains the experience he needs to build his skills. 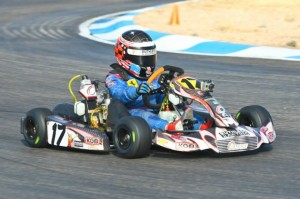 Overdrive’s Power also propelled Senior driver Mason Marotta (FA-RPM/Overdrive Rotax) to Pole Position on Saturday. He followed that up with a second place in the pre-final, but contact on the start forced him to recover for 8th position. Sunday’s 2nd place in qualifying and pre-final were also discounted by a bad start in the final that only allowed for a 13th position recovery. Calgary’s Brad Dezall (Tonykart/Overdrive Rotax) joined team Overdrive/Ruthless this weekend to help his season get off to a good start. Unlike most others, Brad had consistently great starts placing him into 11th at the start of Saturday’s final, but was forced to stop when a motor mount broke when he ran out of room when he was forced wide in corner 4 by another competitor. He was again a victim of this corner on Sunday during the final when he was in 6th place on the opening lap. The off track excursion filled the airbox with rocks and he struggled to continue.

In Minimax PGR’s Trenton Sparks chose an Overdrive engine for his first Minimax race. Some good runs into 6th place during the races did now show up on the results sheets as he walked away with two 13th place finishes.

If you would like to get your Engine Dyno tested or Rebuilt by Overdrive Motorsports please contact Joey by email: info@odkarts.com or by telephone 403-270-0160. The engines used by Mckinney and Marotta are also available for rent at this year’s Eastern Canadian Karting Championships. Follow the team at www.facebook.com/overdrivekarts

If you would like to become a KGB chassis dealer please visit www.kgbkart.com or to join team Ruthless Karting for the SKUSA Pro Tour and Arizona racing, please contact Ryan by email: phxracr@cox.net or by telephone 602-826-4985. Follow the team at www.facebook.com/ruthlesskarting