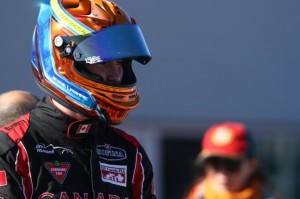 The start of the 2013 karting season is always exciting, as teams and drivers flock to the prestigious and competitive Florida Winter Tour (FWT). Team PSL Karting is set to take on the demands of the popular winter series, and will see 16 drivers take to the track among all seven Rotax classes this weekend at Palm Beach International Raceway in Jupiter, Florida. The opening weekend of the Rotax division is sure to put PSL/CRG to the test, but PSL Karting’s storied history at the event is sure to steer their team drivers in the right direction.

In the ultra-competitive and stacked fields in the Rotax Senior class, two American powerhouses are set to fly PSL colours during the FWT. Making his return to the CRG brand will be former Team USA member Jesus Rios Jr. No stranger to the PSL team or the Florida Winter Tour, Rios Jr. will be vying for race wins and the overall championship title in his efforts to earn a return invite to the Rotax Max Challenge Grand Finals (RMCGF). Joining Rios Jr. is California native and 2012 SKUSA Pro Tour champ Fritz Leesmann. Again pulling double duty in both the FWT and the Rotax Challenge of the Americas (CoA) on the west coast, Leesmann already has two wins under his belt in 2013 racing action as he doubled up in Tucson last weekend in CoA action.

Yet another big name will make the switch to Team PSL Karting, as three-time Canadian National Champion Jesse Lazare will lead the Rotax DD2 contingent for the PSL brand. Lazare will also contest his rookie season of the USF2000 Championship in 2013 and the 15-year-old is sure to be a threat for the overall FWT title with his potent CRG chassis and PSL power. Fellow Canadian Alessandro Bizzotto will return to the FWT with Team PSL Karting, joining with Lazare to make a strong duo in the two-speed Rotax category.

In Rotax DD2 Masters, the number one and number two drivers in the world will take on the FWT with PSL Karting. Reigning Rotax DD2 Masters World Champion Cristiano Morgado will be joined by PSL regular and World Champ runner-up Scott Campbell. South African Morgado made history in 2012 with his third Grand Finals title, while Canadian Campbell with be vying for an incredible tenth invite to the “Olympics of Karting.” Completing the DD2 Masters roster for PSL is Andrea Fonseca, while Rotax Masters driver, Brazilian Francisco Marques, will be the lone PSL representative in the class. 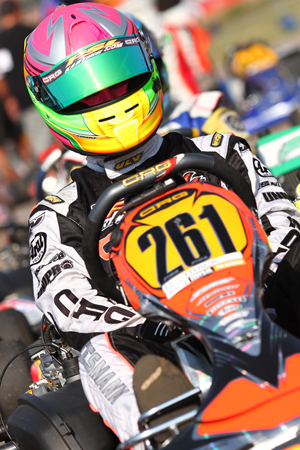 Fritz Leesmann will be back in FWT action in 2013, taking on the Rotax Senior category aboard his PSL/CRG
(Photo: pslkarting.com)

Four PSL drivers will take on the demands of the Rotax Junior category. American Austin Versteeg will be back behind the wheel of his PSL/CRG, and the rising talent has already made a trip to the podium in 2013 as he earned third place honours last weekend at the Challenge of the Americas. Brazilians Gustavo Bandeira and Enzo Bortoleto along with Puerto Rican Luis Forteza will complete a strong and talented Junior field for Team PSL Karting.

In the Rotax Mini Max class, recent CoA race winner Horatio Fitz-Simon will look to carry his momentum into the Palm Beach FWT round. Mexican Alvaro Alvarez and Ecuador’s Henry Pozo make up the trio of Mini Max drivers, while Columbian Cubides will be the lone pilot in the Rotax Micro Max category.