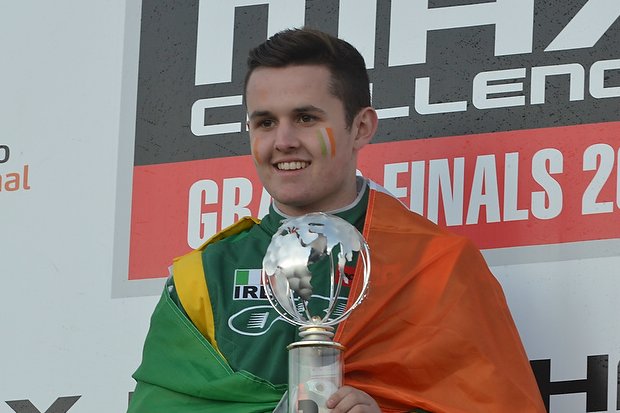 Every year, many of the world’s top kart racers travel to the state of Florida in the United States to compete in the Formula Kart Productions Florida Winter Tour. For this, the 15th season of “The FWT” the trend continues.

This year’s entry list, as in year’s past, is not just large, but stacked with talent from around the world. It features numerous world and national karting champions, and drivers with experience in professional racing series from stock cars, to Indy Cars to Formula One. And this year it also features the offspring of some of the most famous names in worldwide motorsport. 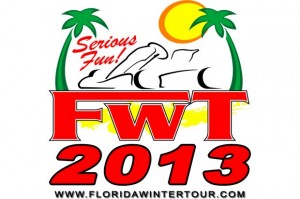 2012 was another fantastic year for FWT competition. For the third time in the past five seasons a driver who qualified through the FWT went on to claim a Rotax World title. With three of the four reigning World Champions in attendance 2013 may see the FWT produce its fourth World Championship winner.

This year’s FWT features a bumper-crop of World Champions that includes both of the drivers who have earned three Rotax World Titles, Canada’s Ben Cooper is the reigning DD2 World Champion and South Africa’s Cristiano Morgado is the reigning DD2 Masters World Champion. For Ben, this will be his second time competing in the FWT and he is the defending FWT Senior MAX champion. For Cristiano, this will be his first trip to compete in The FWT and he’s looking forward to the challenge and seeing some of the other fun Florida has to offer.

Joining Morgado and Cooper will be Senior MAX World Champion, Irelands Charlie Eastwood (pictured above). Charlie scored a stunning victory in the Senior MAX class in Portugal and is looking forward to his FWT debut and spending some time in the sunshine state. “It has been an ambition of mine to compete in the FWT for the past few years and I am thrilled to have been given the opportunity this year with the support of FWT and Keane Racing,” said Charlie. “I am honored to be representing Ireland at such a prestigious event. I hope to continue the success from the Grand Finals and am so looking forward to racing in the warm sunshine this winter.”

Other karting champions from overseas to be racing in this year’s tour include Xen De Ruwe and Kevin Lüdi. Both will bring their extensive European experience to the DD2 class. The Belgian De Ruwe is the reigning Rotax European Winter Cup champion and was leading the Grand Finals race in Portugal, looking like a possible winner, before his kart let him down. Switzerland’s Lüdi has been labeled a “Rotax Specialist” but has also applied his exceptional karting skills in the Kz2 class the last few years.

In addition, many other big names from professional motorsports will be coming to the Florida Winter Tour this year. Indy Car star for Andretti Autosport’s James Hinchcliffe will be competing in the DD2 class. For the popular Canadian, running in the tour is more than a throwback to his karting years, it’s the best opportunity to get fit and ready for the Indy Car season ahead.

Another driver looking to use the Tour to get battle hardened for the 2013 season is NASCAR driver Nelson Piquet jr. Nelson has been competing in and winning in NASCAR’s Nationwide and Camping World Truck Series for the last three years. Before that he was a factory Renault Formula One driver, following in the footsteps of his father, Nelson Piquet, the Brazilian three-time Formula One World Champion.

It is noteworthy that Nelson Piquet sr. is not the only famous racing father to have a son competing in the Florida Winter Tour. Columbia’s Juan Pablo Montoya, the 2000 Indianapolis 500 winner and NASCAR Sprint Cup and F1 veteran, is from a family with a strong karting background. As such, it’s no surprise to see his son Sebastian stepping up to the FWT to hone his skills in the Micro MAX class. 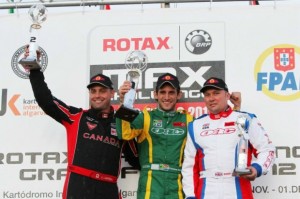 Also coming to America to compete in Micro MAX is Jack Doohan, son of Australian five time Grand Prix Motorcycle World Champion Mick Doohan. This being his first time racing Micro MAX, Jack says he’s not expecting to win, but is looking for some good results and making new friends from around the world.

Mick Doohan had this to say about coming to the Florida Winter Tour, “I have heard about the FWT in the past so when the opportunity arose to come and compete we couldn’t resist. From what I’ve heard I believe it has to be one of the premier motorsport/karting events in the World today. Friends like Papas, Fittipaldi and Franchitti have all had very positive words to say about the FWT.”

In the Formula Kart Championship, Jim Russell jr. returns to compete in the TaG senior class. Jim has one of the most impressive resumes in karting and returns to the FWT as the 2012 and inaugural recipient of the Dan Wheldon/FWT Karting Ambassador Award.

The Rotax action kicks off this weekend in Palm Beach. So, make plans to attend now! For those that can’t make it in person, log in to floridawintertour.com to watch all the racing action live on FWT LIVE!. And be sure to go to facebook.com/FloridaWinterTour and “like” us for updates and news about The Tour.

The Florida Winter Tour is one of the world’s largest, longest running and most geographically diverse kart racing programs. In 2012 the FWT featured over 400 drivers from 28 countries and all six karting continents, and for the 5th consecutive year was the world’s largest official Rotax Max Challenge series and event.