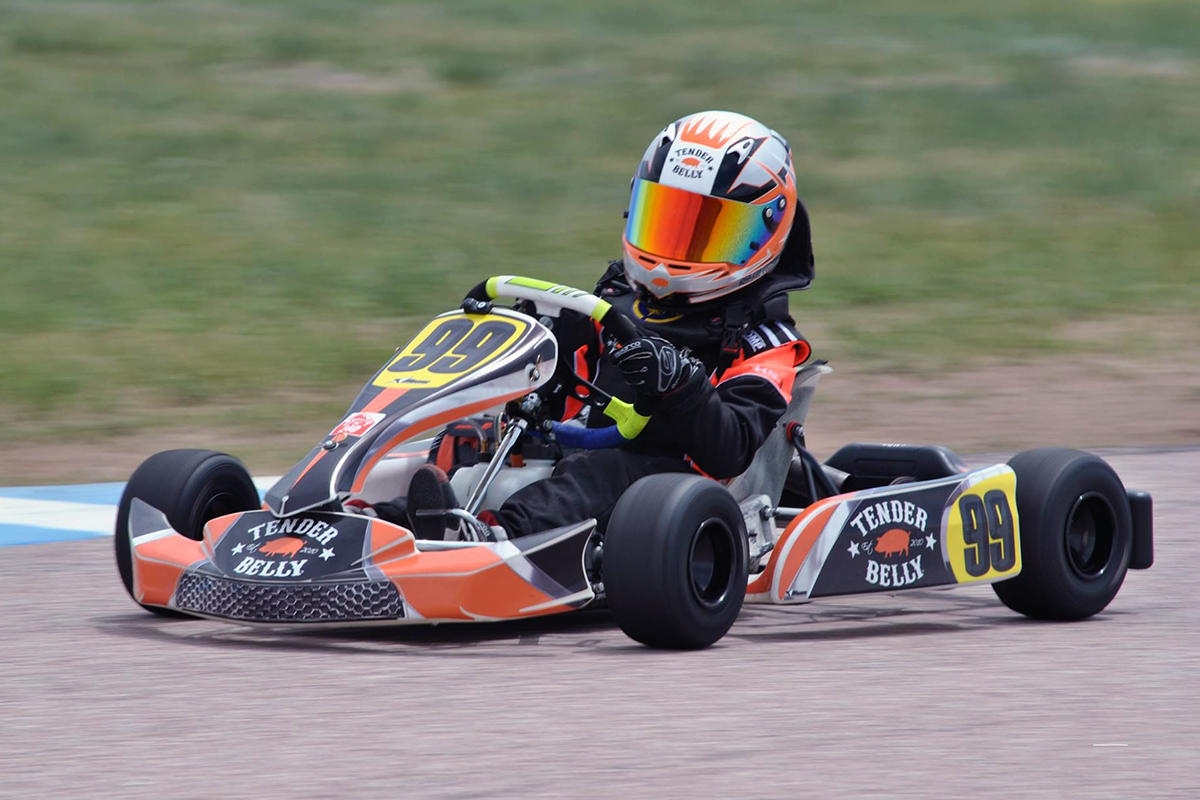 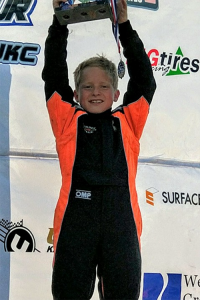 Racers find a path to the sport of karting in many different ways. One of the most common for the current generation is through indoor karting. That is where Nolan Payne found himself involve in karting. The Unser Racing facility in Denver, Colorado is a popular destination for those looking to get that ‘need for speed’. Payne has spent many days at the indoor circuit, and it eventually led to buying a Birel Cadet off the internet in 2014 and began racing with the Colorado Junior Kart Club (CJKC).

The Payne family jumped right into the Briggs Cadet division after purchasing their first kart. “Price for performance ratio is something you can not beat it,” stated Nolan’s father Cody Payne. “The engine is super reliable, just check those bolts on the clutch and motor mount.”

The 2016 season brought on the new Colorado Karting Tour as the organization expanded. Nolan finished the year fourth in the series championship thanks to two podium finishes. That equated to 62nd in the Briggs Weekly Racing Series. The 12-year-old improved for the 2017 season. Nolan scored four victories, along with two additional podium results, placing inside the top-five in all eight rounds of the series. Those performances gave Payne the series championship and boosted him to sixth in the Briggs WRS standings for 2017.

“We love the karting family,” added Payne. “It is competitive, yet everyone in our club supports everyone else!  Fun to hangout, get dirty, and cheer on the racers!”

Nolan still hits the Unser Karting indoor facility from time to time, and currently holds the lap record for the Junior karts, and is second in the Adult karts by only 0.088. 2018 is a transition year, as Payne is moving up to the Junior level in 2018.