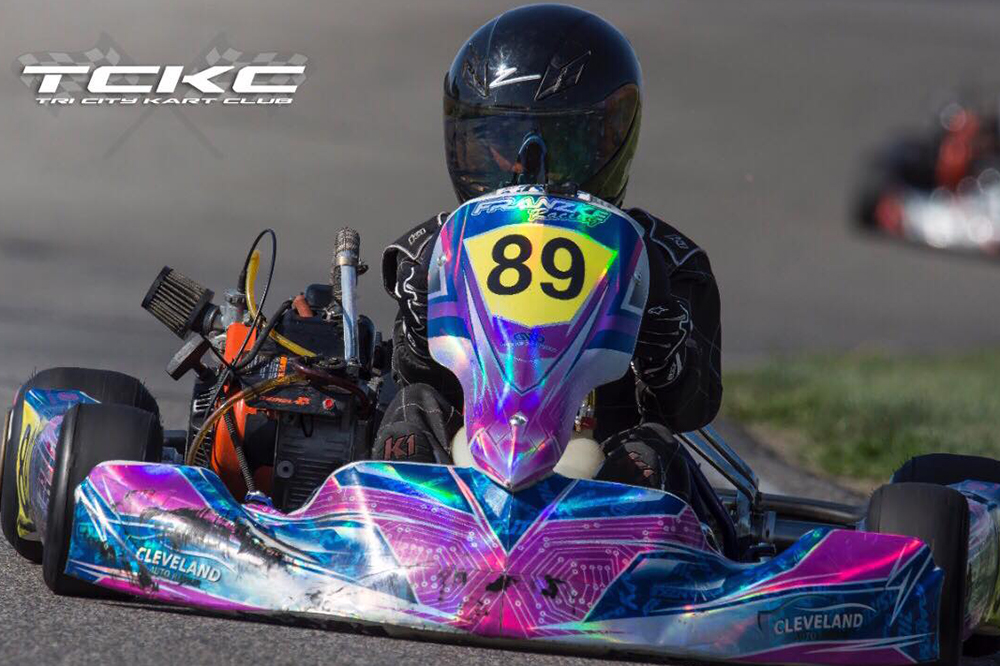 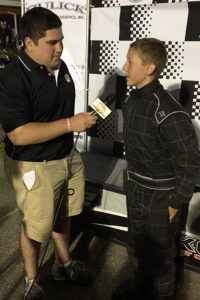 Many club racers have just a short drive to their home track. Some within the one hour or even the two hour range. Zach Franzke and his family make the 200-mile trek, one way, to compete at the Tri-City Kart Club. From their hometown of Damascus, Oregon, the Franzke family travels northeast to Richland, Washington once a month to be part of the great atmosphere and great competition at TCKC.

“We have some friends that race at Tri City Kart Club and have attended races there in the past. We traveled there to test for the Can-Am Karting Challenge and were impressed with not only their facilities but also the high quality of competitive racing.  This is what drew us to travel 3.5 hours one way to compete in the 2017 TCKC season.”

Zach began karting at the age of five in the Kid Kart division in a blue Rocket chassis. His older brother Brayden and cousin Justin DeMars started racing a couple years before him, thus creating the avenue for Zach to enter the sport. Franzke has earned four Oregon State Karting Championship Series titles (2013-2016) in the Briggs Animal Junior I three times before earning the Briggs 206 Junior Light title in the final year of that stretch.

“When I competed in the Junior I class, I ran the Briggs Gas Animal.  However, when moving up to Junior II, it made sense to switch to the 206 package due to the increasing interest of this class throughout the region. I enjoy several aspects of karting. First and foremost it’s a lot of fun. I also like the challenge of learning new technical tracks and putting in the time to be the best I can be out there.”