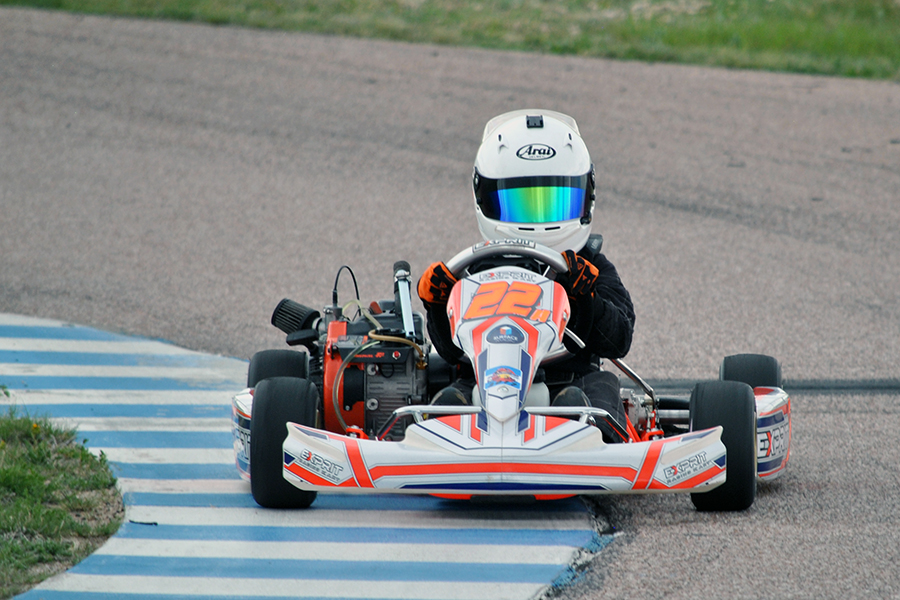 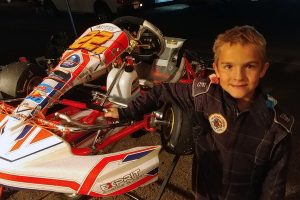 One of the goals of the Briggs & Stratton 206 ‘Operation Grassroots’ movement is to help bring youth into the sport of karting. Among the youngest drivers in the Briggs WRS program is Archer Eversman. Archer began racing with the Colorado Junior Karting Club in 2015 in the Kid Kart division, after learning about the sport from a neighbor who was getting started in the karting. Archer’s first kart was a used Margay, and he would go on to win championships in 2015 and 2016. Eversman ended his Kid Kart career with five wins in eight races in the 2016 season.

Moving into the 2017 season, Eversman raced the Colorado Karting Tour, which is a new series developed by the CJKC. Eversman moved to an Exprit chassis, and finished first or second in all eight races, earning six victories on the year to claim the Junior 1 class championship. Those eight races helped to put Archer into the top-10 of the Briggs WRS standings as well, finishing eighth overall.

“The Briggs 206 was and still is the largest and most competitive class for kids and adults at our series,” offered Archer’s father Justin. “The Briggs class is much more affordable than the other options, so it was a win-win for us. We love the all of the great people, who are like-minded and offer great competition, especially in the Briggs class. The Colorado Karting Tour has a great program that keeps everyone safe and honest. They have a great end of the year awards banquet, as well.”

Archer plans to continue racing on the Colorado Karting Tour in the Junior 1 class in 2018, and he is also looking to move up into Rotax racing. The Eversman family is planning to do some traveling this year with the Briggs kart, and they hope to attend races in Phoenix, Texas and California.