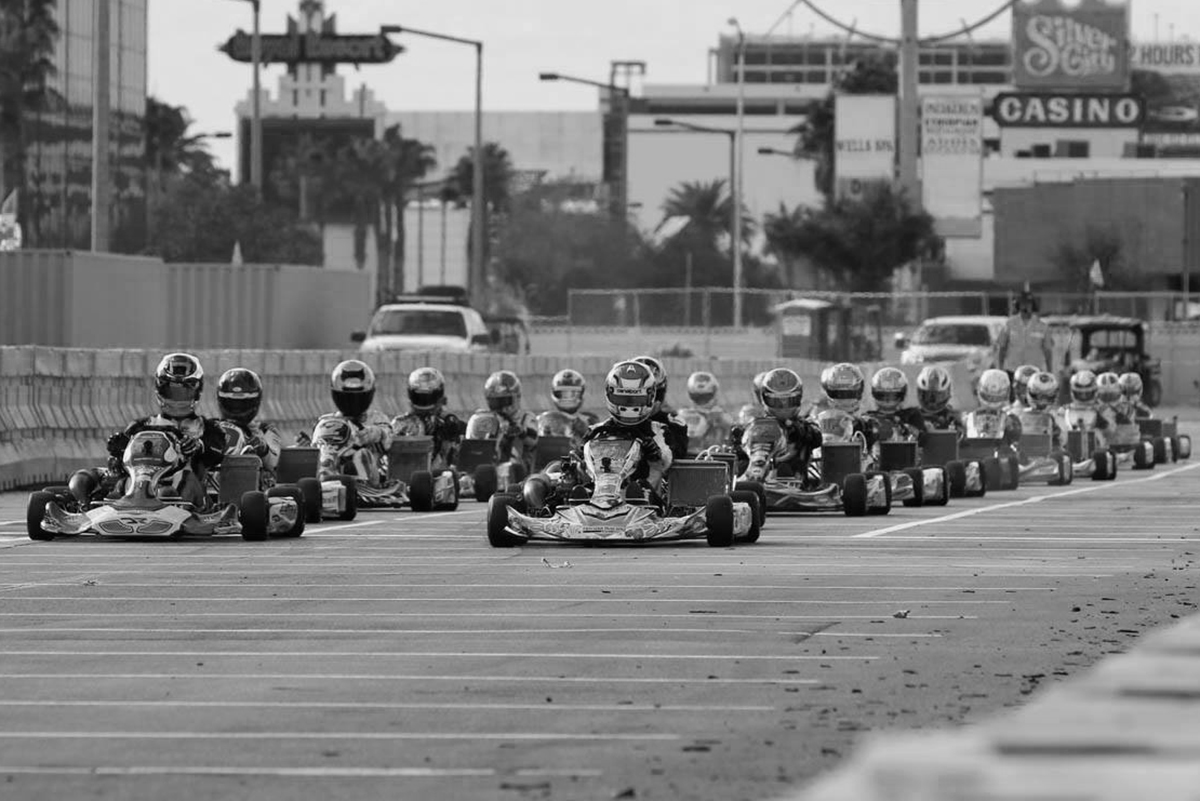 The last race on the SuperSunday main event schedule is the S1 Pro Stock Honda division. The S1 category began as the premier division for Superkarts! USA and at the inaugural event in 1997, Alex Barron earned the first ever SuperNationals victory. The organization went through changes, as did the sport, before the SKUSA Pro Tour re-ignited top-level karting in North America. S1 has provided the Honda CR125 engine with a platform to be in the spotlight, featuring the best shifterkart drivers from the USA, Canada and around the world fighting for a spot in the history books. This year’s field holds three former class winners, in addition to six former SKUSA Pro Tour champions, other former winners of the SuperNationals, and a two-time karting world champion. 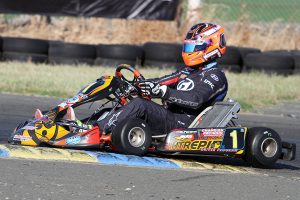 Can Formal make it a three-peat? (Photo: EKN)

A $3,000 payday is on the line for the driver able to reach the checkered flag first, a bit lower than the $20k Danny Formal took home last year adding to the $3,000 from his victory in 2015. Formal dominated in his first S1 triumph and shined on SuperSunday last year to take home the SKUSA Pro Tour title and the big payday. The Costa Rican moved to Champion Racing / Intrepid, but this year was a bit of a struggle he was hampered some mechanical gremlins that limited his results in Sonoma and New Castle. Hoping all the bad luck is behind him, Formal has the determination to make it three in a row to join the three-win club.

Certainly, the 2017 season in S1 has been all Jake French aboard the DKC / Sodi Kart. The Texan has run a string of eight straight podium finishes dating back to the SummerNationals 2016, including a third-place finish behind Formal and AJ Myers, who is moving to X30 Senior this year. French is set to make his sixth start in the S1 category at the SuperNationals and last year’s result was his first top-five finish. He’s currently the best he’s ever been, and the #1 driver in the EKN Stock Honda Driver Rankings Powered by Bell Racing USA needs only the SuperNationals victory to cap off an amazing 2017. 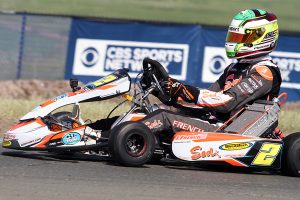 French is the king of the hill, vying to earn his first SuperNats victory (Photo: EKN)

Of course, one of the best shifterkart drivers in the world is ready to take on the field as well. Two-time KZ world champion Paolo de Conto is set to make his S1 debut at the SuperNationals this year under the CRG Nordam banner. The now two-time KZ SuperNationals winner is pulling double duty, along with seven others who are running S1/KZ all week long.

The world champ is not the only international driver in the field. Jeremy Iglesias is returning to the SuperNationals with LEM / Formula K, and he is a former KZ podium finisher. 2013 S4 winner Matt Hamilton has a run of two fifth-place results in S1 as the Kiwi is always fast with the Aluminos squad. Returning to the United States from Europe for the SKUSA Pro Tour in 2017 was California native Gary Carlton. The two-time SuperNationals winner finished second in his last S1 start back in 2015, and has been testing hard with LEM / Formula K in what will be a double duty week with KZ. 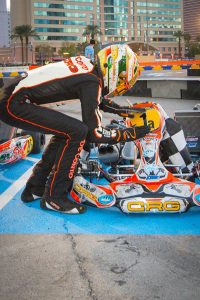 Carrying the SKUSA #2 plate is Billy Musgrave. The Californian made his debut last year with Aluminos, placing seventh. His best finish since moving to S1 after the S2 SuperNats victory in 2012 is fourth in 2015. Ron White and Joey Wimsett are both former winners at the SuperNationals. White (RWR / CRG) is pulling double duty once again, and while provisionally entered to race S4, he has move to KZ instead. The best finish in the last five years for the 2002 SuperPro winner in the S1 division was fifth in 2013. Wimsett pulled off the first $10k victory with his triumph that same year, coming off a podium at the Rotax Grand Finals in New Orleans. The Oregon native is traveling back from Portugal after working with Team USA and will jump right in with DRT Racing / DR Kart for the first time ever. Sabré Cook (Energy Kart USA) is a former S2 champion, and will make her fourth start in S1 with a best finish of 11th last year.

All but one of the drivers from the United States in the field hail from the western half of the country, who is Mathias Ramirez. The 2016 S2 SuperNationals winner has been the top rookie in 2017, continuing to show speed throughout the season and eventually earned his first SKUSA Pro Tour S1 podium to claim third in the championship race. The Andersen Racing / Birel ART driver is aimed at making a strong S1 debut at the SuperNationals. Others making their first S1 start at the SuperNats include last year’s SKUSA Pro Tour S2 champ Austin Wilkins (DKC / Sodi Kart) and SKUSA Pro Tour WinterNationals race winner Hunter Pickett (Aluminos). This year’s S2 vice champion Kyle Wick (RPG / CRG) is making the jump to S1 at the SuperNationals, taking advantage of the fact that the event is no longer included in the SKUSA Pro Tour championship. Of course, one to watch will be Nic LeDuc, the SKUSA SpringNationals and Streets of Lancaster Grand Prix winner for Cambrian Go-Karts / Sodi Kart.