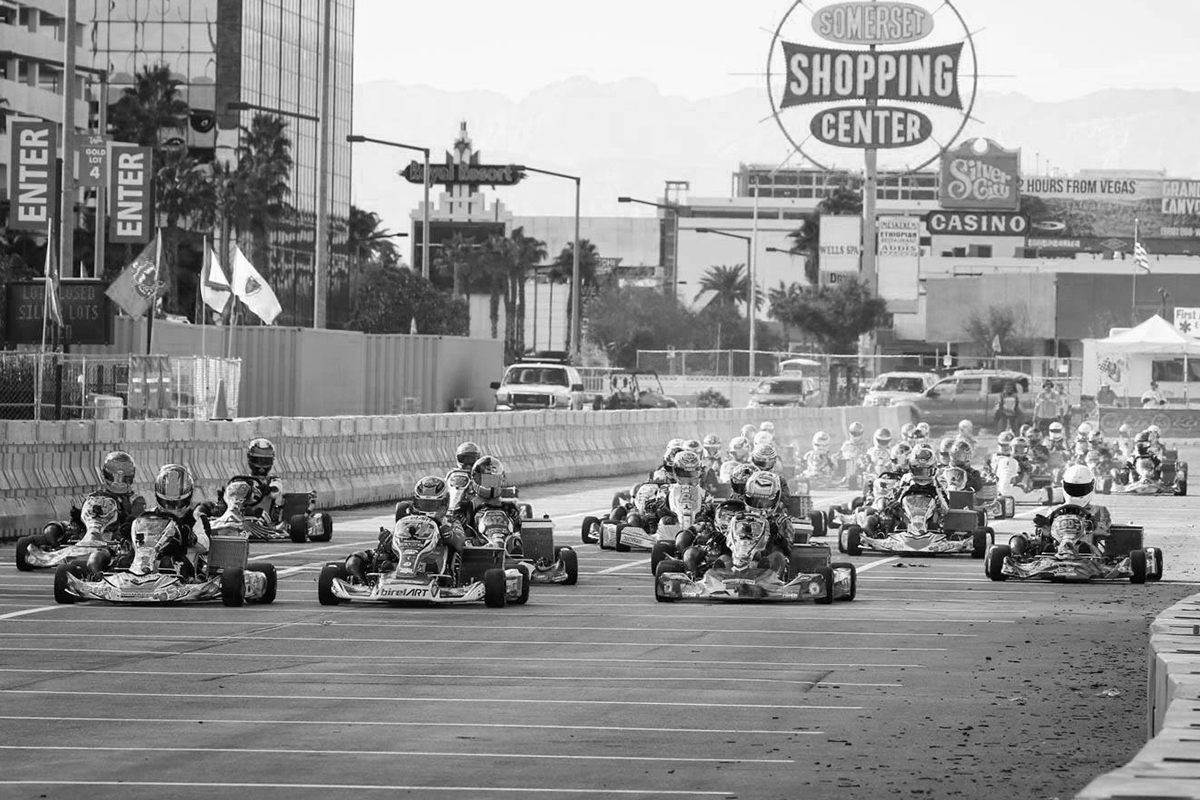 The S2 Semi-Pro Stock Honda category was dropped down to a 44-driver grouping last year, after welcoming larger fields at the Rio, to open the opportunity for expansion in the X30 Master division and the addition of the Micro Swift class. Despite the lower total numbers, the racing in 2016 was phenomenal as S2 remains a class that lines the fences with spectators. Last year’s race was highlighted by a dominating performance from Mathias Ramirez, who was making his S2 debut at the SuperNationals enroute to victory. Ramirez, along with three other podium finishers from 2016, graduated to the S1 Pro division in 2017, opening the door for a new driver to become the 12th different winner of the S2 category at the SuperNats. 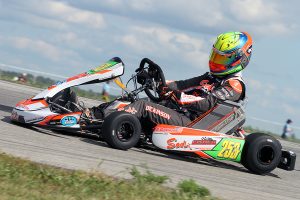 Riley Dickinson has been the driver to beat all season in S2 (Photo: EKN)

2017 has belonged to Riley Dickinson. The 15-year-old Texan won a main event at each of the three stops for the SKUSA Pro Tour to claim the S2 championship. The DKC / Sodi Kart package has been fast all season, however, all three of Dickinson’s wins came during the Saturday rounds. Dickinson will need to shine on SuperSunday if he hopes to finish the season with his first SuperNationals triumph, looking to improve on his 22nd-place finish in his Vegas debut a year ago. SKUSA #2 plate winner Kyle Wick was his top challenger throughout the year, however, he will make the move to S1 for Vegas.

The DKC / Sodi Kart operation will be strong in S2 with a total of five drivers taking to the track. Sky Finley is among the most experienced in the field, claiming the SKUSA #3 plate following his performance on the SKUSA Pro Tour. Finley claimed a best SuperNationals finish of ninth last year, and he is primed to contend for the podium this time around. Teammate Nathan Adds is another to watch throughout the event, as the Texas ProKart Challenge provides a number contenders this year. Champion Racing / Intrepid driver Harry Gottsacker is one of them, placing eighth last year and ready to improve that finish. Current SKUSA Pro Tour S4 champion Jordon Musser (3G / Birel ART) is pulling double duty, and while he is set to have a busy five days with S2 and S4 in the same afternoon sessions, he will still take advantage of the double track time. Blair Hosie has come on late this year in his S2 rookie season, placing second in the Texas PKC championship standings aboard his DAMZ / Alpha Kart entry. 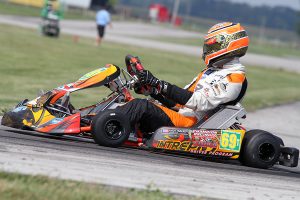 Harry Gottsacker is among the Texas PKC contingent vying for victory at the SuperNationals (Photo: EKN)

Aside from Dickinson and Wick, Collin Daley was the third different winner on the SKUSA Pro Tour. The Jamaican dominated the opening round of the WinterNationals, however, the DRT Racing / DR Kart driver was not able to return to the top step throughout the season. Daley finished a career high of third last year, looking to do two spots better for 2017. Rory van der Steur (FA Kart) has proven to be fast the last two seasons. The Maryland driver has yet to translate that into a triumph at the SKUSA Pro Tour. His best finish was third at the opening day of the SpringNationals, and he now has the daunting task of attempting to repeat a podium finish at the SuperNationals, placing fourth a year ago.

The California ProKart Challenge also provides some contenders heading into the SuperNationals. Jason Pettit and Kol Bailey finished 1-2 in the championship standings. Pettit (Aluminos) is coming off his best season with his first series title, with one win and five runner-up finishes. Bailey (LEM / Praga) was his lead challenger, winning the last two rounds including the Streets of Lancaster Grand Prix. Bailey finished 10th and Pettit 11th last year, as both appear to be SuperNats podium contenders in 2017. 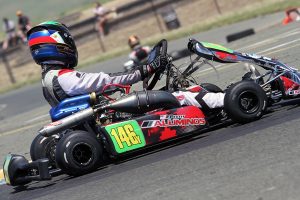 The SuperNationals allows for S3 Novice graduates to get their first taste of the S2 division. California ProKart Challenge S3 champion Zach Pettinicchi (VRP / Tony Kart) is gaining solid experience in a Stock Honda package after moving from the X30 Senior division. Four wins helped the NorCal driver gain the series championship, and he is now primed for a S2 campaign in 2018. Keawn Tandon (CRG) was runner-up to Pettinicchi and was also the Los Angeles Karting Championship title winner. Don’t be surprised to see him quick early on in Vegas. A couple darkhorses include Cameron Egger – joining VemmeKart after a podium finish at the Streets of Lancaster Grand Prix – and ‘Whataburger’ fan Michael Ilavia (3G / Birel ART), who is making the transition from X30 Senior to S2 this season. Only one non-USA driver has won the S2 division – Dario Capitanio in 2015. CRG Nordam is welcoming former French national champion Laurent Marchandise to the SuperNationals, and he could be the leader of the international contingent.