Former winners and champions set to square off again in Vegas 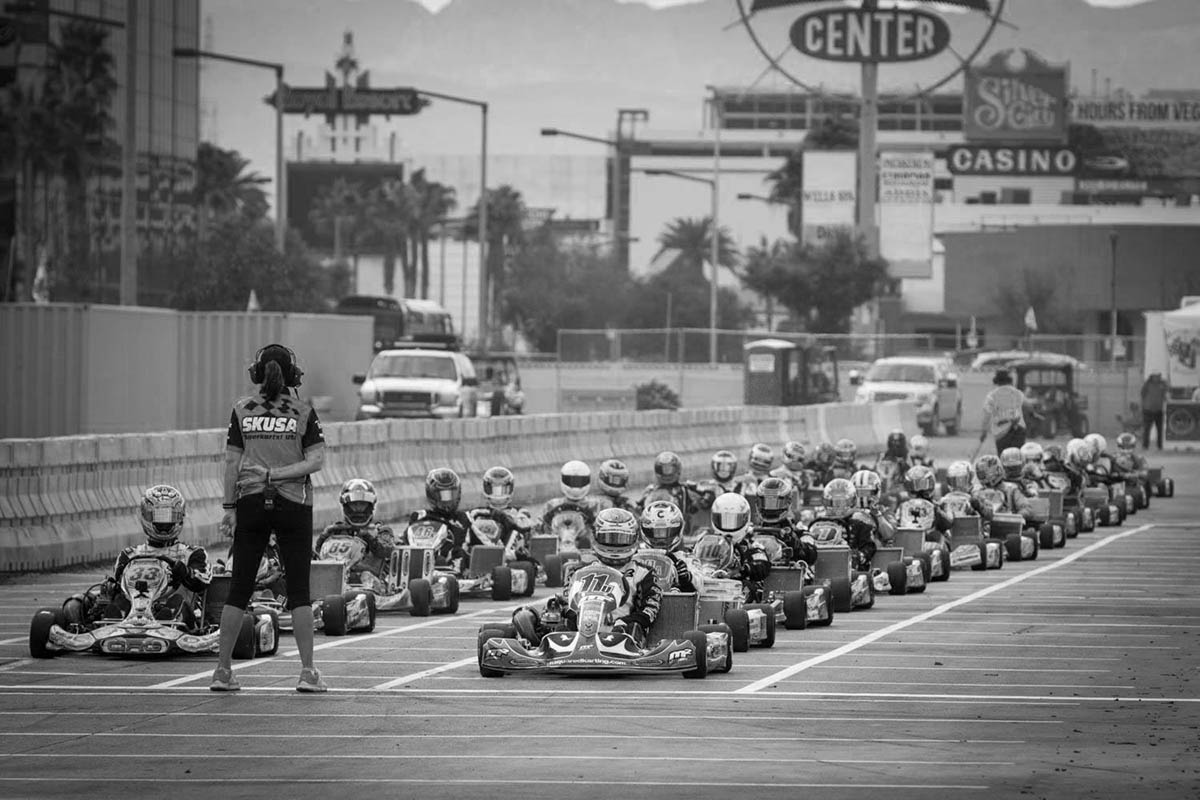 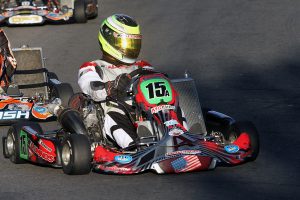 The S4 Master Stock Honda category has seen large numbers since it was introduced at the SKUSA SuperNationals in 2006. The class eventually grew beyond the 44-driver mark until last year when the S4 Super Master division was added. Now, the class is experiencing its lowest entry total at the SuperNationals (23 drivers). This downslide in entry is said to be for a number of reasons, all of which revolve around the future of the CR125 in SKUSA competition. That being said, the competition level at this year’s SuperNats in the S4 category is outstanding. Four former winners, four former champions, and a number of podium finishers are back to battle once again in Vegas.

It was an almost-perfect event for Italian Gian Cavaciuti en route to a second SuperNationals victory. Contact in the opening heat race for the lead was the only blemish on his scorecard in 2016. Piloting the Aluminos this year, the 2014 SKUSA Pro Tour champion is poised for his third SuperNationals triumph. The only other former winner in the field is Jimmy McNeil (PKS / CRG). Away from the sport for much of the season, McNeil will try to capture the magic he had in 2015 when he took the win in Vegas and his second SKUSA Pro Tour championship. 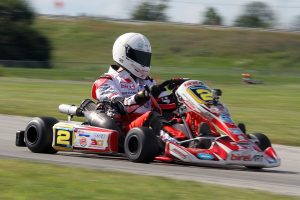 In addition to Cavaciuti and McNeil, the last two champions will be battling, each looking for their first SuperNationals triumph. 2017 SKUSA Pro Tour champion Jordon Musser (3G / Birel ART) has a number of championships and big victories. Musser was at his best to claim his second S4 championship, winning two of the features at the SKUSA Pro Tour, placing runner-up in the other four main events. The one thing that is missing from Musser’s CV, a SuperNats victory, coming close in 2013 with a runner-up. 2016 champion Ryan Kinnear (Champion / Intrepid) ran into issues throughout the season, hurting his chances to defend the crown. The Texan ended the season on a high note, sweeping the final round to claim the SKUSA #2 plate for 2018. Hopefully that momentum will carry over into Vegas, where he finished third in 2016. 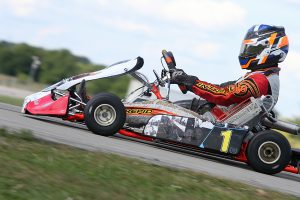 Last year’s SKUSA Pro Tour champion Ryan Kinnear is among the many contenders in this year’s SuperNats field (Photo: EKN)

The last three years, 2008 winner Chris Jennings has put himself in contention, landing on the podium. Finishes of third (2014), fourth (2016) and fifth (2015) added to his trophy case over the past three years. Away from the SKUSA Pro Tour for the season, Jennings will have the advantage of his new DKC / Sodi Kart package to bounce back in search of a fourth straight podium trip on SuperSunday. Renato David (Birel ART) was strong in his S4 debut last year, coming from 15th to seventh after qualifying third. The Brazilian who won the X30 Master class nearly pulled off the double, something that has not happened since 2005 when Connor DePhillippi won JICA and 80cc Junior. Other international drivers to play a part in this year’s SuperNats include Aussie Jason Faint (DKC / Sodi Kart) and British native Tiffany Chittenden (Aluminos) who is coming straight from the RMCGF in Portugal.

Alongside McNeil making a return, Mike Mantel (Aluminos) is another quick driver back at the SuperNationals after being not in attendance in 2016. Alan Michel (Mad Croc) moved to the S4 category last year, earning the California ProKart Challenge title and finishing sixth in his SuperNats debut. After spending much of the season away, the Arizona driver is rejoining the fight. S4 rookie Ben Schermerhorn (Birel ART) will make his SKUSA #3 plate debut at the SuperNationals, and should be among those fighting for a podium position as well.