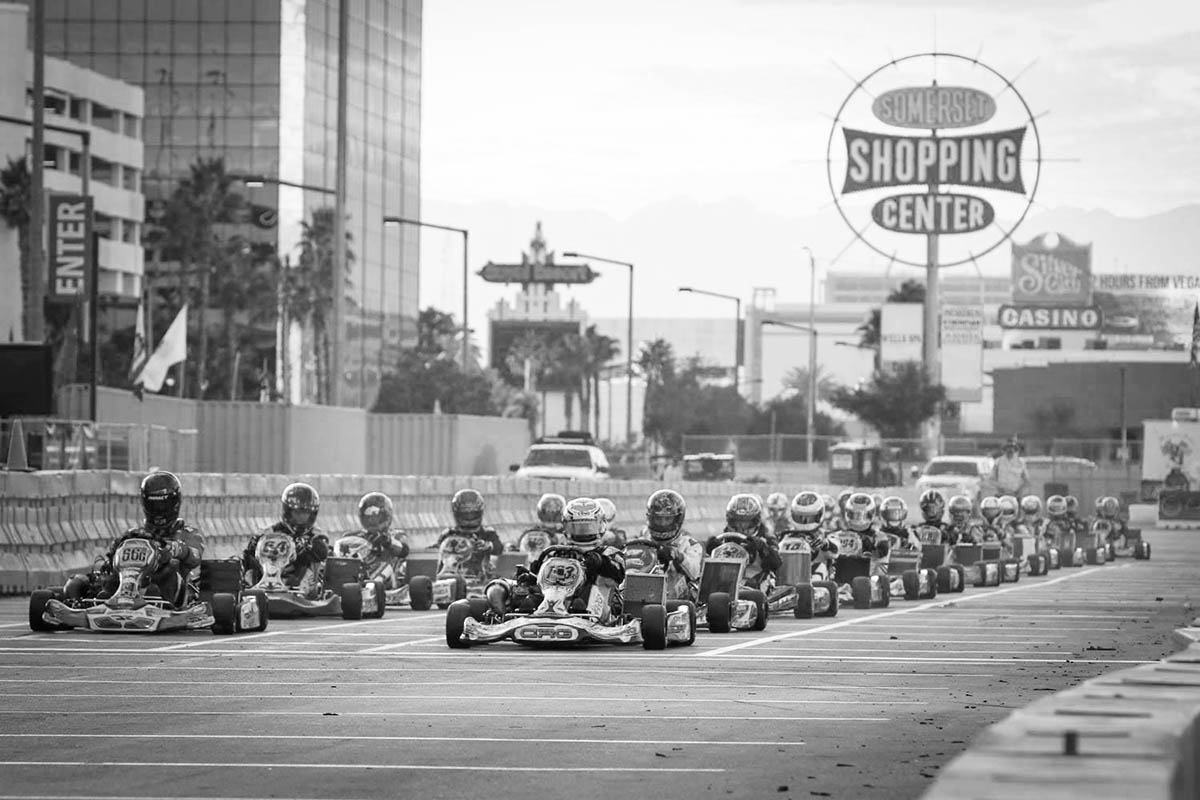 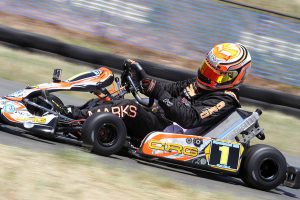 Robert Marks looks to continue his reign as the leader of the S4 Super Master category (Photo: EKN)

Like the Micro Swift category, the S4 Super Master Stock Honda division is making its second appearance at the SuperNationals. From the youngest, we now move to the eldest; the die-hard motorsport enthusiasts who will take on Sin City once again. Last year’s field nearly reached 30 drivers in its SuperNationals debut, and there is a slight decrease for this year. The positive is that nearly half of the competitors are making their S4 Super Master debut at the SuperNationals, and the competition level has certainly increased with the return of entire podium and new names to the division.

In the two years that S4 Super Master has been on the SKUSA Pro Tour, Robert Marks (PKS / CRG) as bee the outright star. The Californian has won seven of the 11 main events, including last year’s SuperNationals as the inaugural victor. The now two-time SKUSA Pro Tour champion will arrive in Las vegas looking to defend his win in Vegas to cap off an amazing two years. 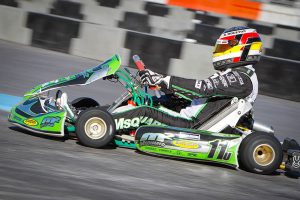 Marks, who led all 20 laps of the main event in 2016, had to hold off perennial frontrunners Nick Firestone and John Crow. Firestone (DRT / DR Kart) recorded a best finish of second at the 2017 SpringNationals, making only four starts on the SKUSA Pro Tour this season. The Arizona driver did claim the Streets of Lancaster Grand Prix victory recently, edging out Crow. The ‘Crow Show’ (MRC / Aluminos) was on the podium twice in 2017, finishing the year fourth in the championship standings. Patrick O’Neill (RWR / CRG) and Rod Clinard (CRG Nordam) are also returning after standing on the inaugural podium a year ago. O’Neill is a former SOLGP winner, and is looking to improve on his fourth place finish in Vegas last year. Clinard finished third in the SKUSA Pro Tour championship for a second straight year, earning his first career SKUSA victory at the SpringNationals. 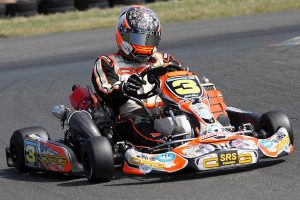 Rod Clinard will be among the many contenders vying for a podium position (Photo: EKN)

The big news of the S4 Super Master division at the SuperNationals is the arrival of Bonnier Moulton. The 20-time SuperNationals starter is making the move from S4 to S4 Super Master. A three-time winner in Vegas, Moulton (MSquared / Tony Kart) has become an instant favorite, having started last year’s S4 SuperSunday from the pole position. Should Moulton, who is working in Portugal this week with Team USA, win his fourth SuperNationals main event, it will put him in the record books. A fourth triumph at the SuperNats will put him in a tie with Connor DePhillippi for the most wins by one driver. For those stat lovers, Moulton is fifth oldest driver in the field, with Marks sitting as the second oldest. Darrell Tunnell (PKS / CRG), the 2018 Streets of Lancaster Grand Prix Scholarship winner, is the most senior pilot at 57-years-young.

In addition to Moulton, Texan Mike Jones is another former S4 contender set to make his S4 SM SuperNationals debut. Jones (DKC / Sodi Kart) put on the pressure this year to Marks, but was unable to claim a victory on the year despite finishing on the podium four times to earn the SKUSA #2 plate for 2018. With half the field new to the S4 SM at the SuperNationals, we could see more names fighting for top-five positions. Jeff Carter is making his return to the SuperNats with Champion Racing / Intrepid, while Jim Kidd (Aluminos) has worked hard over the last year preparing for this event after back surgery kept him from the grid in 2016.