Challenge of the Americas Offering Bonus Purse at Series Finale 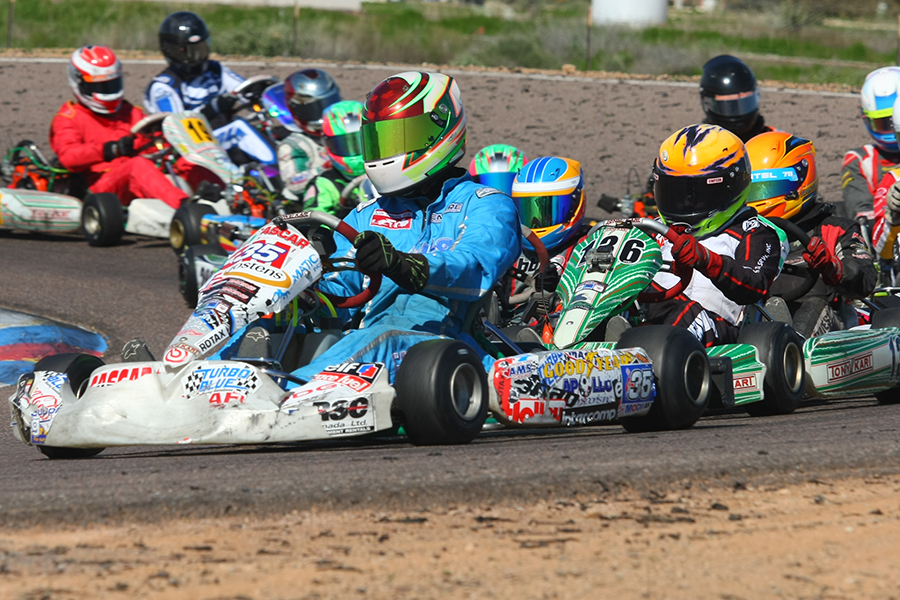 Another $500 special bonus has been added to the $500 cash prize for the Briggs 206 Senior category at the Challenge of the Americas series final in Sonoma (Photo: SeanBuur.com)

The 10th season of the Challenge of the Americas is set to close out on April 7-9 at the Simraceway Performance Karting Center in Sonoma, California – one of the most picturesque locations for a karting facility in the world. Tickets for the 2017 Rotax Grand Finals remain up for grabs in the three headline Rotax categories with US Rotax Grand Nationals entries on the line in the Mini and Micro Max divisions when competitors take on the 7/10-mile course.

Series promoter Andy Seesemann has always been about giving back to the racers over the 10 years of the Challenge, and it continues for the 2017 finale weekend by amplifying the prize purse for the Briggs & Stratton 206 Senior category. The non-championship class has seen strong numbers through the first two events and provided great racing both weekends. At each weekend, the class contests a qualifying session, three heat races and a main event to decide the event victor. First place earns $500 cash – courtesy of M2 Image Solutions – with second-place receiving a free entry toward the next event and a new set of Max One tires for third-place. Sonoma should be no different, and to help increase the competition level, a bonus $500 has been established by the Challenge if the winning driver has not competed in the Briggs 206 class this winter.

“We brought in the Briggs class as an opportunity for anyone to race with us,” stated Challenge of the Americas owner Andy Seesemann. “In both Tucson and Phoenix, it was a combination of local drivers and Challenge Rotax regulars doing double duty. Our goal is to continue that trend, and for anyone to pull out a kart, strap on a Briggs 206 to it, and have some fun. Racer’s parents, siblings, many of the mechanics in the Challenge paddock that are current and former racers, and even some of the team owners took part in our Karting Community United charity competition last year in the Simraceway Ignite karts. I would love to see many of those individuals to take a chance and have some fun competing against many of the top talents in the sport today with an opportunity to take home $1,000!” 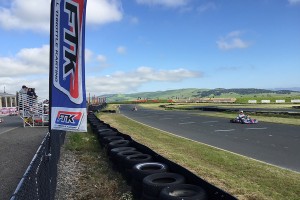 Challenge of the Americas is the premier winter karting series on the left coast, and has proven that over its 10 seasons. Many of the top talent throughout the western half of North America have contested the first two weekends of the 2017 championship chase. Nearly each year, the Senior Rotax crown goes down to the wire and the upcoming series finale should be no different with four different winners in four rounds of competition. Defending champion Christian Brooks leads the championship by 49 points over Round Three victor Bryce Choquer. Fellow race winners Matthew Taskinen and Kellen Ritter sit within 76 points of Brooks, setting up for a four-driver fight for the crown.

Billy Cleavelin is four-for-four in main events in the Masters Rotax category, searching for his second straight trip to the Rotax Grand Finals. Cleavelin leads David Pergande by 108 points with Chad Wallace a few points back, each needing help to challenge for the crown in Sonoma. Former Challenge Micro Max champion Jak Crawford is on top in the Junior Rotax standings, as the class rookie is coming off two perfect scores in Phoenix. Second year driver Hannah Greenemeier is still searching for her first series victory, trailing Crawford in the standings by 42 points with a trip to the 2017 Rotax Grand Finals in Portimao, Portugal on the line.

The Mini Max title is nearly locked up for world champion Diego LaRoque. The 2016 Micro Max Rotax Grand Finals winner leads Jack Armstrong by 127 points heading into the series finale. Every session is vital in the Micro Max championship chase, with Sebastian Mulder and Parker DeLong tied for the standings lead. Mulder holds the advantage with two wins over DeLong’s one triumph.

Registration for the Challenge of the Americas series final at Simraceway Performance Karting Center remains open until Friday, March 24 – available online at RotaxChallenge.com/Registration. Live coverage of the finale will be available all weekend from eKartingNews.com at the Trackside Live page – ekartingnews.com/live.

Head over to the Challenge of the Americas website – rotaxchallenge.com – along with their Facebook page for updates and news.