From the Tower: 2017 Challenge of the Americas – Tucson

Same great racing and atmosphere to open up the 2017 season 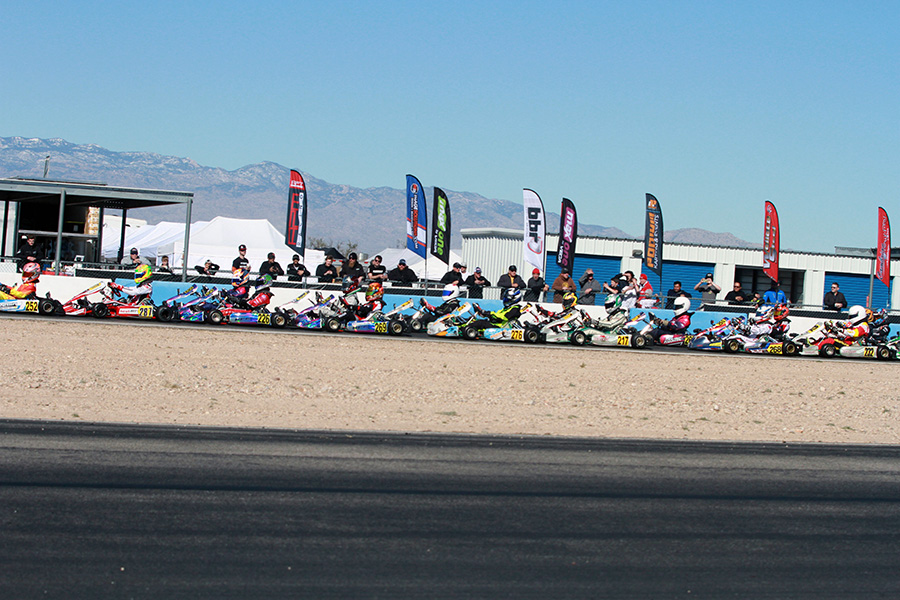 For the 10th time, the Challenge of the Americas opened up the karting season on the west coast, hosting their winter series opener at the Musselman Honda Circuit in Tucson, Arizona. The numbers and temperatures were a bit lower than what we are used to for the first of three events, however, the competition remains stacked with talented drivers and teams across the board. Promoter Andy Seesemann and his amazing staff kept the event running smooth, on-time and kept the competition fair throughout the weekend – just one of the many aspects that keeps racers coming back to contest the Challenge.

Head over to the EKN Event Page to get complete coverage of Challenge of the Americas weekend in Tucson.

Battle of the Big Teams 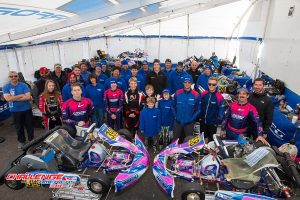 The on-track action was exciting throughout the weekend at the Musselman Honda Circuit, however, three teams took home the majority of the race wins. Rolison Performance Group, Cambrian Go-Karts, and BBR Karting accounted for 11 of the 13 race wins, with Jason Campbell the only privateer winner with two victories in the Shifter Masters division.

RPG dominated the Senior Max and Masters Max with four drivers taking home the five victories – all aboard the Kosmic chassis. Canadians Kellen Ritter and Matthew Taskinen took the wins in Senior Max for RPG to put themselves in the early title chase. Ritter is coming off the vice-champion spot in last year’s standings behind Christian Brooks, while Taskinen opened up his Senior rookie season with a win. Veteran racer Billy Cleavelin dominated the action in Masters, winning both days. Saturday was a drive from last to first, while the near 60-year-old swept the action Sunday to begin his bid for the Rotax Grand Finals ticket. Add a fifth victory for RPG thanks to Josh Pierson, taking the top honors in the Briggs 206 Junior category, earning a lot of respect from the elder drivers for his poise and composure while racing against them. 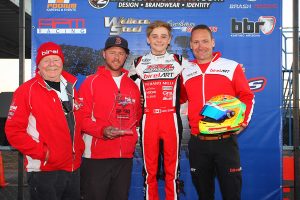 Cambrian has been a staple of the Challenge program and earned a number of series championships. Another title could be on the horizon in the competitive Junior Max division with the effort put in by Ryan MacDermid. The Canadian put himself under the spotlight on the world stage, earning the quickest time in qualifying at the 2016 Rotax Grand Finals in Italy this past November. The Tucson weekend was his Challenge debut, fighting off second year driver Hannah Greenemeier and former Micro Max series champ Jak Crawford for both victories aboard the popular Birel ART chassis.

BBR led the weekend with five victories under the tent. 2016 Rotax Grand Finals Micro Max world champion Diego LaRoque started off 2017 at the top, sweeping the action in Mini Max aboard the new PDB chassis. PDB’s own Nick De Brujin made the trek from the Netherlands to support the team, along with competing in the new Briggs 206 division. De Brujin, a fifth-place driver in the LMP2 class at the 24 Hours of Le Mans, bested the 18-driver field for the overall victory in the main event, taking home $500 from M2 Image Solutions. Sebastian Mulder added two more wins in the Micro Max division, placing first both days aboard the successful Benik chassis. 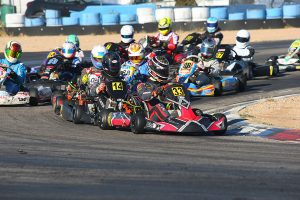 Briggs Racing was exciting for its debut at the Challenge (Photo: SeanBuur.com)

Next to the Senior and Junior Max races, the next popular race to watch was the Briggs 206 category. A combined group of Senior and Junior divisions brought together 18 drivers on the track at the same time. While initially worried about the two groups together, the Junior drivers showed poise and patience, while the Senior drivers did not muscle their way into or around the younger and lighter kids. The event began with series promoter Andy Seesemann listening to the racers. The majority of the drivers were complaining about the high weights – pulled straight from the WKA Technical Manual (320lbs. Junior and 365lbs. Senior). After polling the competitors during lunch Friday, the weights were lowered by 40lbs in Junior and 10 in Senior. That brought the Junior speeds up closer to the Senior, mixing the two age groups. On track, the battling was fierce but respectable. The Briggs engine rewards momentum and smoothness of the steering wheel.

While the Tucson area does not have a lot of local racers, the PKRA organization has a number of Briggs racers that compete in their club races. It is rumored to be the largest class of the weekend, thanks to the fair entry price and the one-set of tires required for the entire weekend. I myself will be able to take part to provide a first-hand experience of racing at the Challenge, along with making my first laps at the PKRA facility. EKN owner Rob Howden is working on producing a bounty for all those who are able to beat me to the checkered flag on Sunday afternoon. 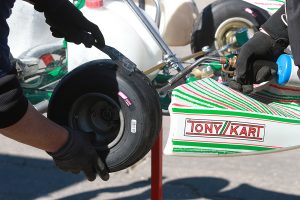 MaxOne tire made its west coast debut on the weekend with positive reviews (Photo: EKN)

One of the stories going into the weekend was the west coast debut of the new MaxOne tire by Vega. The Purple compound was the new tire designated for the Senior Max and Masters Max divisions along with the shifter categories. Overall, the feedback on the tire was positive, and it was clearly quicker than the MOJO brand.

Here is a breakdown of the lap times on Sunday of each weekend at Tucson, which has been the season opener location dating back to 2012. One factor to remember is the 2013 weather conditions were very cold, thus resulting in the track ‘improving’ as the day went on and the reason for the quicker lap times in the main event compared to qualifying.

2015 was the quickest qualifying time over the previous five editions of the Challenge in Tucson. Choquer’s fast time in the session this past Sunday was over six tenths of a second quicker than that time set by Brenden Baker. The difference from qualifying to fast lap in the main event however has increased. The largest margin was in 2015, and this past weekend marked the highest difference over the six years.

The Masters Max fast times improved with the new MaxOne tire. Last year was the quickest lap times by the category at Musselman Honda Circuit, improving by nearly one-second for qualifying and main event fast time. The difference between qualifying and the main event within the event stayed about the same when compared to the other weekends.

The second stop of the Challenge of the Americas is set for the Phoenix Kart Racing Association facility in Glendale, Arizona on February 24-26. Located just outside the downtown Phoenix area, Formula K Raceway will host the Challenge for the ninth straight season since joining the program during its second year. The trip in February brings on warmer weather, and with the challenging 7/10-mile course, conditioning and endurance will be needed to succeed in this test. Registration is now open for the event at the RotaxChallenge.com website along with all the information on hotel and other event updates.