Private test held in northern section of the Brickyard facility 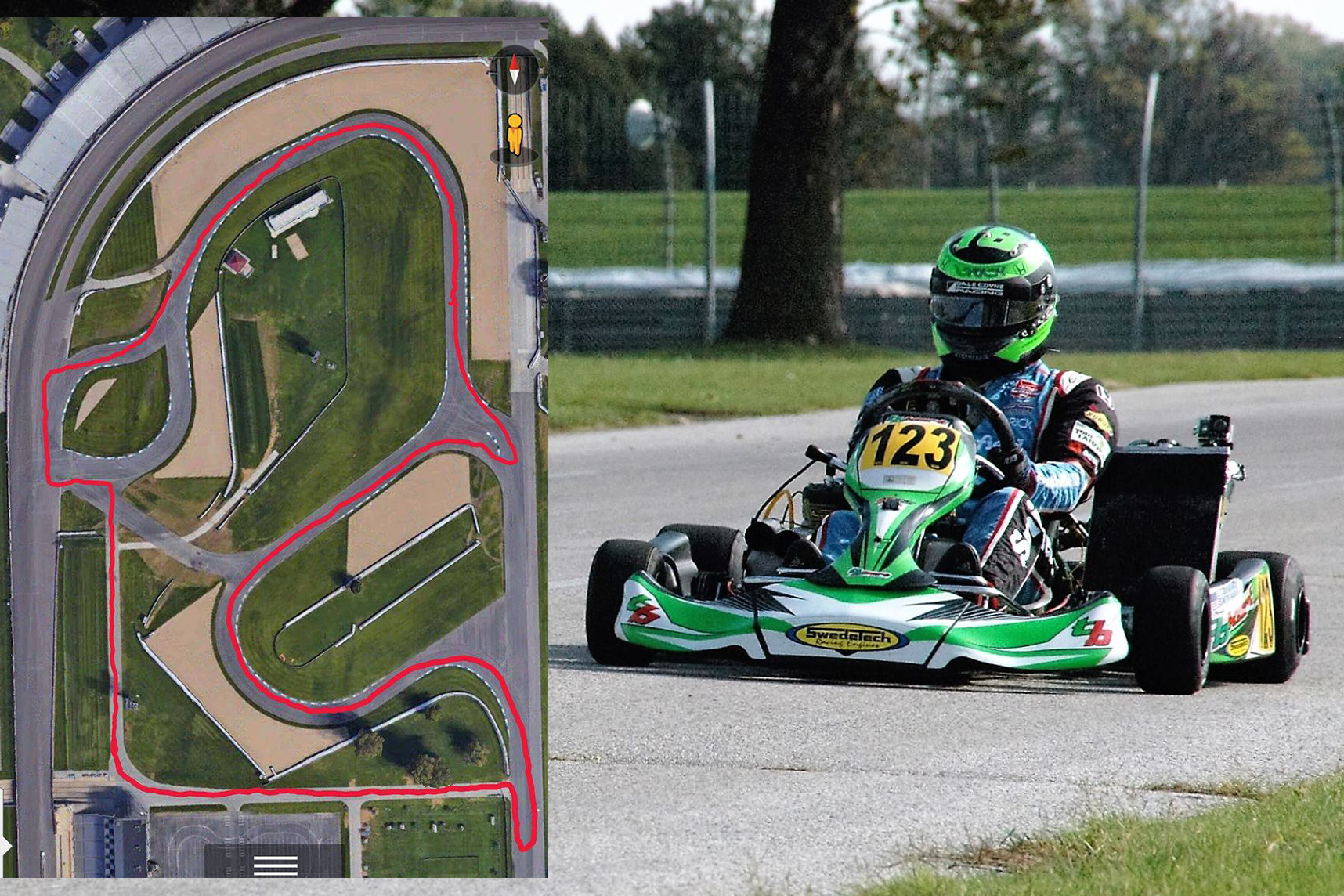 IndyCar driver Conor Daly among those in attendance for a karting test inside the Indianapolis Motor Speedway (Photo: TB Kart Indy)

Ever since I was a kid, listening to the radio on Sunday of every Memorial Weekend, I wondered what it would be like to drive around the Indianapolis Motor Speedway. While my journey to becoming an IndyCar driver took a wrong turn somewhere down the line, I – along with many of my karting friends – may have the opportunity to drive on the hallowed grounds known as the Brickyard. On October 17, eKartingNews.com shared a Tweet made by Indianapolis Motor Speedway President Doug Boles of karts testing on the grounds of the IMS facility. 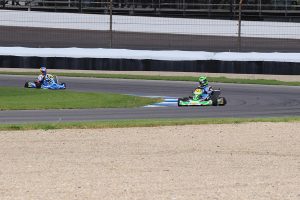 The October outing was the first time that competition karts had ever been driven around the famous Brickyard facility, outside of the annual Quarter Midget and Student Karting World Finals that are held in the paddock parking lots. The day was spent with a handful of drivers and two karting operations – TB Kart Indy and GP Karts USA – along with United States Auto Club (USAC) officials to gauge the possibility of host a karting event.

A few years ago, there were talks between IMS, IndyCar, and selected karting organizations about promoting a joint-event on the grounds of the Speedway, Indiana facility. A number of factors led to the idea blowing away with the wind, but the thought continued to remain for karters, and as we see now, with IMS and USAC as well.

“It was a feasibility test that we have been talking with IMS about doing for the past couple of years,” stated Mike Burrell of USAC. “We tried about four different track configurations to see what would work for a variety of karts from Briggs 206 to Honda and KZ shifters. From USAC’s point of view, I believe everything went well. The final track configuration was just over 1-mile, which is similar in size to New Castle Motorsports Park. USAC is always evaluating innovation and opportunities in motorsports across all aspects of racing. A large event at IMS would be an iconic statement in the world of karting. We will continue to work with IMS staff to explore an event in the near future.”

The section of the Indianapolis Motor Speedway was the northwest sector – utilizing portions of the Grand Prix layout, along with access roads, and just a bit of the famous 2.5-mile oval. TaG and shifterkarts were employed, with a number of experienced racers taking part in the test. As Burrell mentioned, the course was roughly at 1-mile long, and the common feedback from the racers was about the very fast layout.

Indy Lights driver Davey Hamilton Jr.: “It’s a lot more fun in the shifter kart. The TaG was fun too, but I was full throttle the whole time except for the three braking points. Once we played with the layout a little better, it made it more fun. It’s going to be a cool event.”

GP Kart USA pilot Colton Aldridge: “It is a really fun layout. It feels different than any other track I’ve been on. And it is extremely fast, 95+ in shifter and that’s after we slowed it down.”

Veteran karter AJ Noud – “I can say there was a ‘Rock Island’ feel with some bumps and tight turns. It was a surreal feeling of ‘I’m on the F1/ Indy car track’. There is probably 100,000 seats that have a perfect viewing point with a large jumbo screen in sight.”

Also included in the test was Conor Daly. The IndyCar Series driver ran for Dale Coyne Racing in 2016, and he began karting at the age of 10 in 2005, working up the karting ladder until moving into open wheel formula cars. Daly continues to return to his roots, venturing out to the New Castle Motorsports Park and competing in the RoboPong 200. Daly announced recently that he is competing at the SKUSA SuperNationals 20 in just two weeks.

EKN will continue to monitor the possibility of an event at the Indianapolis Motor Speedway.

On the flip side, for the road racer in me, I would really love to see if there was a possibility of utilizing the full Grand Prix track layout – the opposite direction of the MotoGP circuit. Since the 1970s, karts have raced at the Daytona International Speedway full road course, reaching speeds well above 140mph for a select few. The positive to that is that the WKA has worked directly with the facility since day one, and have brought in the Manufacturers Cup Series and now Dirt World Championships onto the facility, helping to bring in a needed economic impact for the area during a slow time. Daytona – named the ‘World Center of Racing’ – has always welcomed all different types of motorsport including sports cars, motorcycles and grassroots level programs, such as karting.

Looking at the IMS facility, it has slowly opened its doors since welcoming NASCAR in 1994 for the Brickyard 400. The facility renovated for two years to build the Grand Prix course, with Formula One making its Indy debut in 2000. Motorcycles were added to the list in 2008 with a revised circuit to the F1 course. The Super Weekend at the Brickyard brought sports car racing into the IMS facility in 2012. Finally, the Grand Prix of Indianapolis was introduced in 2014, bringing in the entire Mazda Road to Indy program to run alongside the IndyCar Series program to open up the Month of May. Looking ahead, the SCCA National Championship Runoffs are set to make their Indianapolis Motor Speedway debut in 2017.

This type of expansion by the IMS to other motorsports genres is a positive thing. Many in the United States, and around the world, want a chance to run across the famous Yard of Bricks, and up until 1994, it was limited to just the 33 starters of the Indianapolis 500. Karting has come a long way in its 60 years. For most, it’s a family-fun hobby. As we have seen, a large percentage of those in Formula One, IndyCar, NASCAR, and other forms of motorsport begin with karting. As we all know, it is the ultimate grassroots form of our sport. Young and old, we can all enjoy some laps at the local track, or even at the prestigious facilities like Daytona, Road America, and Mazda Raceway Laguna Seca.

For now, we can only wait to see if we – the karters – will have that opportunity to state, “I’ve raced at the Indianapolis Motor Speedway”.