Prefinal woes takes Malukas out of contention, Yu unable to qualifying for A Main 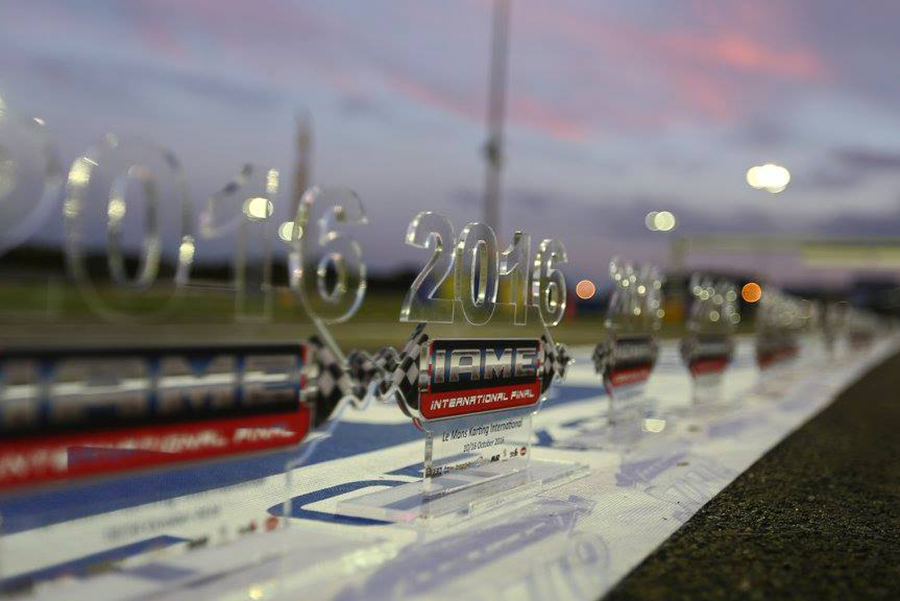 The rain finally held off for the seventh and final day of action at the 2016 IAME International Final. Sunday served as the last day for competition, with the Pre Final and Final events contested around the Le Mans Karting International circuit in France. After battling changing conditions all week long, dry weather greeted the near 400 drivers on Sunday as the five IAME champions were decided. Five drivers represented the United States at this year’s event, competing in the X30 Senior and X30 Junior divisions.

Franklin Motorsports drivers Sam Mayer and Maks Kowalski were able to be in the top-101 after the three days of heat races in X30 Junior, both qualifying for the C Final. Mayer started 13th in his Merlin machine, and trouble on the opening dropped him down to the tail of the field. He never gave up, posting times similar to that of the top-10, fighting forward to 26th in the final classification. Kowalski started dead last, earning the 101st spot to go from P34 in the C Final. Maks avoided the opening lap carnage, working his Merlin entry way up to 23rd after 11 laps.

While a Yu won the B Final in X30 Junior, it was not the USA Yu. Hong Kong’s Dick Yu won the 11-lap battle, while Team USA driver Dante Yu was unable to reach the top spot and transfer on to the A Pre Final. Dante battled inside the top-10, eventually crossing the line in 12th, but was handed a 10-second penalty for a nose cone infraction, thus dropping the CompKart driver down to 24th in the classification.

EKN TaG Driver Rankings #1 pilot Brandon Lemke did not have the outing he was hoping for. Making his third start at the IAME world championship, Lemke was unable to capture previous success in his first start in the Senior category. Tough luck haunted him throughout the week, with Saturday the only bright spot with two top-10 finishes in his last heat races. He was classified to start 22nd in the C Final, and things looked promising with the fast lap in warm-up. Bad luck returned in the opening corner, getting caught up in the blender that typically occurs at the back of the grid. Lemke continued on dropping to 29th after the first circuit, reaching the 16th spot after 11 laps with lap times similar to that of the leaders.

The hopes for Team USA resided with David Malukas. The 2015 IAME International Final Junior champion had six solid heats, including two wins and only one bad result. That placed him ninth on the Pre Final grid, with hopes of advancing forward in the 13-lap race. The CompKart driver would not complete a lap, with contact racing for position sidelining the former SKUSA Pro Tour Junior champion. With the best 34 drivers representing 11 countries in the field, moving forward was a challenge. David performed his best, clawing up to 20th after 21 laps, but a nose cone violation of 10 seconds dropped him to 30th in the final classification.

Canadian Bryce Choquer completed the North American squad, competing in the X30 Super division with the 175cc powerplant. After placing 23rd in the Pre Final, the Falcon kart driver ended up 17th in the 21-lap main event.