Malukas wins another manche to close out heat races, Yu looking toward a Final B victory 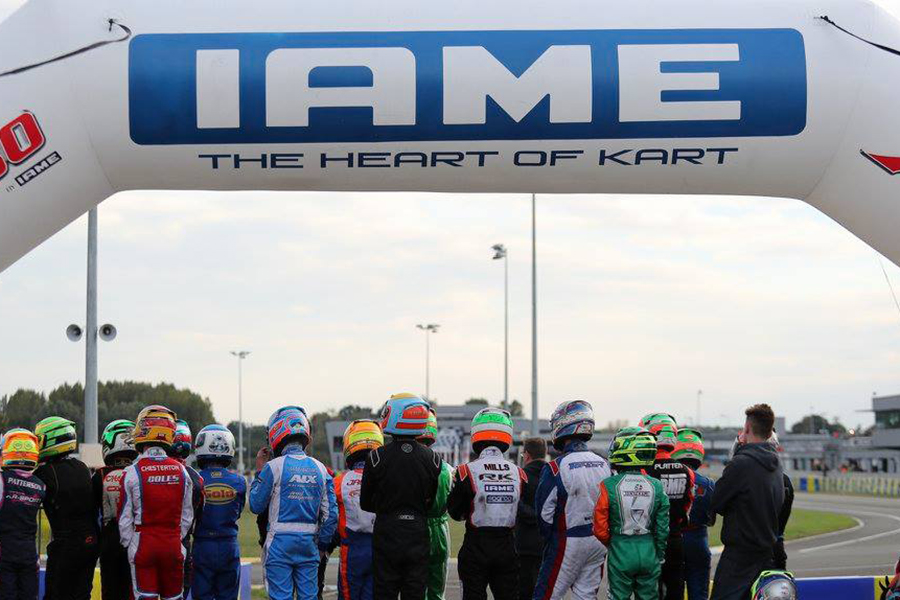 It was another challenging day at the 2016 IAME International Final with changing weather conditions playing a big role in the day’s action. The final round of heat races for all five categories were completed at the Le Mans Karting International circuit in France, deciding those who will race for the coveted titles and those who will compete in the support finals on Sunday. For live timing and video, make sure to bookmark www.x30world.com.

Saturday was a day of redemption for Brandon Lemke with a solid performance to close out the heat races. He began with a good run in the dry for warm-up, placing inside the top-10 of his group. A wet track greeted Lemke for his first run of the day. Brandon got a great start and avoided all the initial incidents you get with rain racing, slotting into sixth early. He ran there until grabbing two positions in the last three laps to end up fifth, gaining one position after penalties to be classified fourth – his best result of the week. His second race was in the afternoon with a dry track. Clean through the start up to retain his 13th starting position, Lemke raced his way forward to a seventh place finish to close out the week with two top-10 results. With the solid final day, Lemke put himself into the Final C event for Sunday, starting 27th. 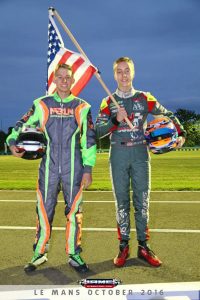 The only diminish on the heat record for David Malukas came in his first heat Saturday. During the opening lap, David was spun around, dropping him down to the tail of the field in the rain-soaked race. He continued on, reaching the 21st spot to gain 10 positions, moving up another two after penalties to finish 19th. His last of the day and event was a second victory on the week. Jumping up to second on the opening lap, David took the lead and drove away to a four-second advantage. As he has shown throughout the event, Malukas will be among the top contenders heading into Sunday, starting the Pre Final A from inside row five.

It was another learning day for Maks Kowalski, adjusting to the changing conditions once again. Maks was able to advance his way forward in his opening heat race after dropping back to 27th at the start. Up as high as 19th, he crossed the line one spot lower and gained two after penalties to finish 18th. The opening circuit was once again rough for Kowalski, this time in the dry. He fell down to 27th again, working up to the 24th position at the checkered flag. Thanks to his qualifying effort, Maks was classified 101st in the overall standings after the heat races, making him the last driver to transfer for the Final C on Sunday, giving him one more chance to put in a good showing.

Saturday featured three heat races for Sam Mayer, making it a busy and stressful day with the conditions and high level of competition. The opening manche saw Sam fighting for position inside the top-15 when he was shuffled down the order just before the one lap board was displayed. Mayer ended up 24th at the line, and assessed a 10-second penalty for nose cone infraction to drop him four more positions. Conditions went back to dry for Mayer’s second heat of the day. Once again fighting for position inside the top-15, he slipped down to 19th at the checkered flag still about a half-second off the pace of the leaders per lap. After penalties, he gained two spot to be classified 17th. Mayer kept himself inside the top-20 once again, placing 19th after the final classification was official for his third and last heat of the event. Mayer final position after all the heat points were calculated have him starting 11th in the Final C event.

After posting fast time in his rainy warm-up group, the day looked promising for Dante Yu with conditions returning to wet. Up to seventh from P11 in his opening heat race for the day, Yu was shuffled back for the remainder of the race, ending up 14th on track, gaining one position after penalties. Dante’s second and final heat of the week saw him work up to the eighth position, running about four tenths of a second off the leaders per lap. Yu lost one spot on the final circuit, ending up ninth for his third top-10 finish of the seven heats. Dante was classified 39th overall after the heat races, thus putting him sixth on the grid for Final B, with the winner able to transfer into the Pre Final A.

Canadian Bryce Choquer had his best run of the week in the fourth and final heat race for the X30 Super division. The Falcon chassis driver placed 19th, and will go from the 27th position on the grid tomorrow’s Pre Final.

The B and C Finals follow tomorrow’s warm-up sessions, with the winner from the B Final transferring to the last position of the 34-kart Pre Final A in both divisions. Those results determine the line-up for the five Finals.