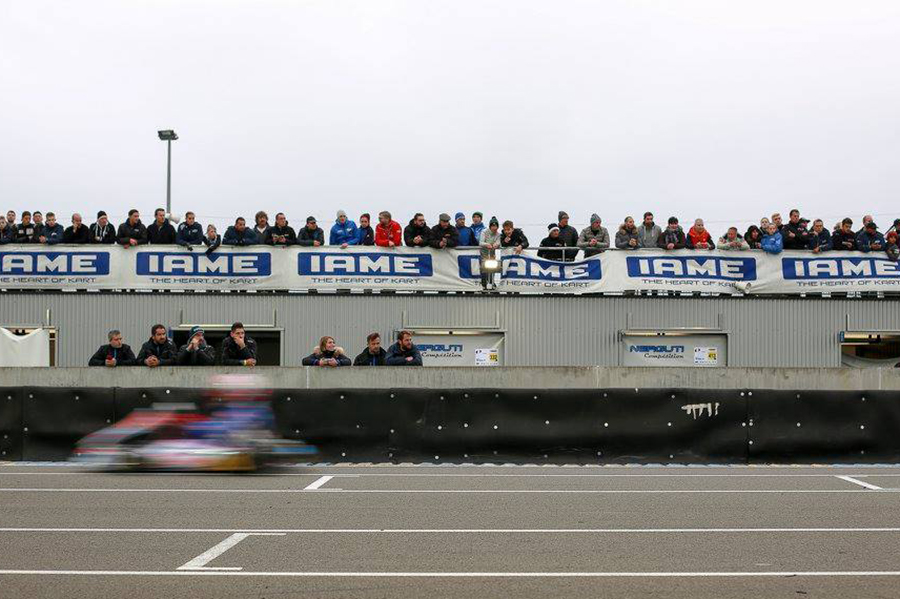 Friday served as the third day of official competition at the 2016 IAME International Final in France. Held at the Le Mans Karting International facility, positioned alongside the famous 24 Hours de Le Mans circuit, five IAME champions will be crowned following five grueling days of competition. Today brought a clearing in the skies as the rain finally pushed away and the track dried by middle of the schedule, bringing back the Komet dry tires for the entire paddock. With the dry track, the racing heated up in all categories with only one more day left to decide who will compete in the main events on Sunday. For live timing and video, make sure to bookmark www.x30world.com.

The busy day of three heat races began with two tough outings for Brandon Lemke. The opening heat race saw Lemke get a good start until a deflating tire kept Brandon from running full pace under the wet conditions, slipping to the tail of the field after 11 laps. Another great start for his second heat of the day put him within the top-10, until getting caught up in a wreck before completing the first lap. The contact resulted in a bent steering shaft, forcing him to pull off. Bad luck continued after a great start to the third heat. Up to 10th, Lemke lasted just two circuits until a mechanical issue force him to pull the Merlin off the course. 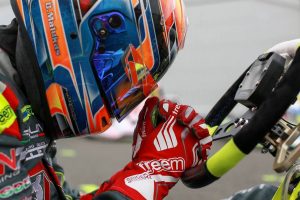 David Malukas did not hit the track for his first race of the day until the afternoon, with the track drying and competitors bolting on the slick Komet tires. Malukas started third and some slight contact in the opening corner nearly sent David around. He continued on, slotting into the third position. By lap three, he was into the lead but hounded the entire time. He would be shuffled back to third on lap eight, eventually moving back up to second by the checkered flag. The second heat for the 2015 IAME International Final Junior champion was another one losing positions. After holding fourth through the opening lap, he quickly moved up to the second position. Fighting behind him allowed Malukas to hold the position until the final lap, getting shuffled back to sixth.

Dante Yu continues to carry the USA flag for the squad in the Junior ranks, competing in three heat races on the day. In his first, Yu worked up to the seventh position after seven laps in wet conditions, however, was handed a 10-second penalty for a nose cone violation. That put him 18th, his worse finish of the day. A bad start in his second manche dropped him down to 19th on the opening circuit. He clawed his way back on a drying track to 12th at the checkered flag. Dante jumped into the top-10 on the opening lap of his third heat, and improved his position until the end, landing the sixth position after contact ahead of him on the final circuit.

Sam Mayer had an up and down day with two heat races. Mayer drove to seventh for his best result thus far, ahead of Yu in the same race. A great start put him into the top-10, as he advanced himself to seventh by the checkered flag. Contact on the opening lap of his second heat collected Sam in a group of drivers stopped on track. Mayer was able to get the kart untangled and continued on, placing 29th and given a 10-second penalty for a nose cone violation.

Maks Kowalski is still looking for speed, both in the wet and the dry. His opening heat was one of the last sessions on wet tires, with Maks gaining one position to 24th. Kowalski was the last Team USA driver competing on the day, and took advantage of a wreck to finish inside the top-15. An opening lap incident collected a number of drivers, with Maks able to escape. The race went full course caution for about four circuits, with Kowalski in the 14th position. He was able to gain another spot in the final three laps, placing an event-best 13th thus far.

Everyone but Mayer is scheduled to compete in their final two heat races, while the Wisconsin driver is slated for his final three rounds of qualifying races. The results from the heat races will determine which Final group the drivers will compete in. The top 33 drivers after the qualifying heats go directly to the Pre Final A. The next 34 go into the Final B, with the winner moving on to Pre Final A. Those outside the top 67 are placed into the Final C event. This format is for both X30 Senior and X30 Junior.