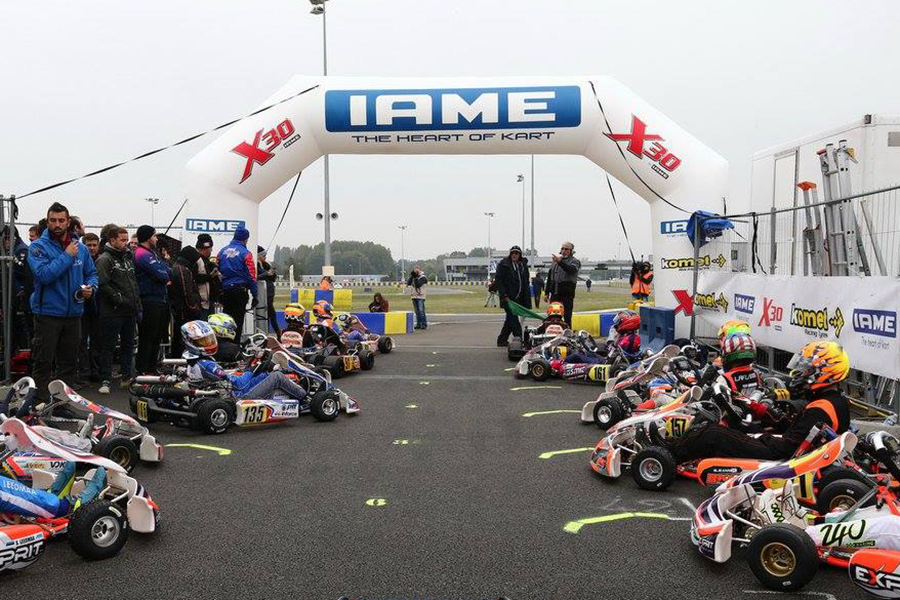 Wheel-to-wheel action is underway at the 2016 IAME International Final in France. The Le Mans Karting International circuit hosted the second day of official on-track action with a full day of competition. A total of nine heat races took place for the X30 Junior and X30 Senior divisions, featuring 130 and 128 drivers respectively. For some, it was an opportunity to race in three rounds of races, and others just two rounds of heats for the day. X30 Super, X30 Master and X30 Super Shifter held their timed qualifying sessions along with the first round of heats for them. For live timing and video, make sure to bookmark www.x30world.com. 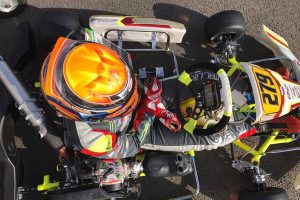 Lemke is set to start from the seventh row for all seven of his heat races – right in the middle of the blender. He survived the opening lap of his first heat, dropping to the 20th position. It was a battle the entire 11 laps, ending up 22nd. Malukas led every session as a Junior driver last year, and looked to do the same right away from the opening heat race. From P4, David moved to the lead on the first lap. The race was a continued battle for the top position with 2013 Rotax Grand Finals champion Oliver Hodgson (GBR). Despite leading seven of the 11 laps, Malukas ended up fifth at the checkered flag.

The second heat for both Malukas and Lemke were opposite ends of the spectrum. Starting fourth, Malukas knifed his way to the front in just four laps, leading the remainder of the 11-circuits. David’s kart was fast in the straight line, and he held off a few challenges to pull away in the final lap to secure his first heat win of the event. Lemke started 13th and was caught up in a wreck midway through the opening lap. While he was able to motor away at the tail of the field, Brandon pulled into the pit before completing the first lap, suffering a bent steering shaft, tie rod and spindle.

Malukas had a third heat on the day, with a light rain falling before the class reached the grid. Nearly half of the field was not able to take to the track after not reporting to the grid on time (see video below). Malukas, one with not a lot of rain experience, fell back after starting off in P2. As the race went on, he was able to get into rain race mode, finishing fifth and promoted to fourth after a penalty ahead of him – with similar lap times to the leader. 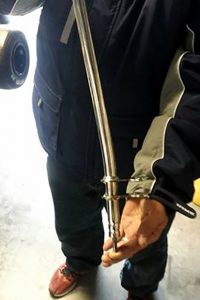 Mayer was the first Junior driver on-track for the heat races, and the first of Team USA to receive a 10-second penalty for a detached nose piece. Sam ran as high as 14th before dropping down to 20th, ending up 18th at the checkered. The 10-second penalty, suffered from contact during a false start, put Mayer down to 31st in the final classification. Yu got a great start to his first heat race, jumping from 12th to sixth in the opening lap. He was able to gain three more positions over the last six laps to secure the third position – and fast lap of the race. Kowalski was involved in contact during the start, and fell to the tail of the field, coming across the line in 28th after completing all seven laps in the same race with Yu.

Yu kept the leaders in sight throughout his second heat race, driving from 11th to fifth. Up to ninth on the opening circuit, he worked up to fifth by the halfway mark, leading a train of drivers for the remainder of the race. Following the race, Yu was given a 10-second penalty for the nose cone, thus dropping him down to a disappointing 23rd spot. Kowalski was able to avoid the opening lap skirmish, but fell to 29th at the start. He put himself into race mode, and was able to drive his way back up to 22nd, improving his fast lap by over a half-second from his opening heat race. 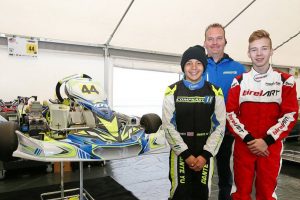 The third round of heat races for the two Merlin drivers were held at the end of the day, with the track wet from a light rain and both Sam and Maks utilizing the wet compound tires. A number of other drivers selected to stay with the slick Komet compounds. That went to the advantage of Mayer, jumping up to ninth position after starting 15th. The tire selection was correct, however, the pace on the wet track was not as he slipped down to 11th after seven laps with all the top finishers on wet tires. Maks retired prior to the opening circuit as the engine shut off and would not re-fire.

To round out the North America entries, Bryce Choquer qualified 26th in the X30 Super division, gaining one spot in the heat race in wet conditions.

Another nine heat races are on the docket for Friday in France for the X30 Junior and X30 Senior drivers. Lemke is busy with three races while Malukas as two heats in the afternoon. Yu is like Lemke, in the D group for Junior, racing three heats on Friday while the Merlin duo of Maks and Mayer race twice.