Superkarts! USA to Offer $20,000 Prize at SuperNationals 20 for Returning Winners 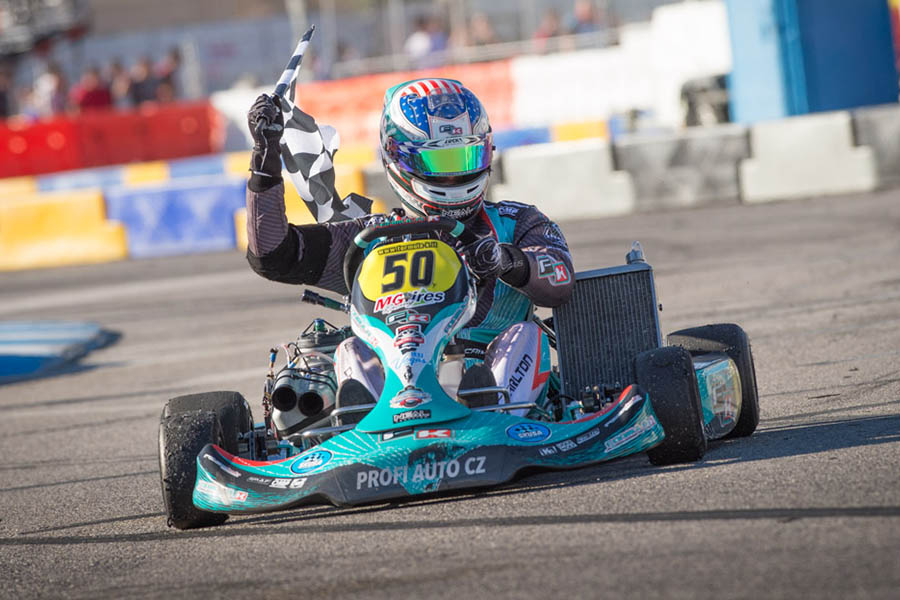 Superkarts! USA is offering a $20,000 first place prize to any former SuperNationals winner who can repeat his victory in the same premier class (Photo: On Track Promotions - otp.ca)

If there is any proof that Superkarts! USA is dedicated to making the 20th running of their SuperNationals the biggest event in the organization’s history, this announcement is surely it.  It was a concept that initially circulated through the Pro Tour paddock at New Castle as SKUSA CEO Tom Kutscher gauged response for the idea, but it is now official: Superkarts! USA is offering up a $20,000 first place prize at this November’s SuperNationals for any former winner who can return and replicate the feat in the same premier class.  This offer is open to the event’s Pro classes – S1 Pro Stock Moto, X30 Senior and KZ.

“During the entire planning period for this year’s SuperNationals, we’ve kept an open mind and have spit-balled so many ideas to push the race to the next level and to celebrate the last 19 years,” offered Kutscher. “It’s a huge milestone for our organization and for the sport of karting in North America. So for me, coming up with these kinds of ideas is exciting.  We want to see familiar faces back for the 20th running, and we’re hoping this $20,000 may bring a few of them back to the event to give it a try.”

The race already has so many incredible facets in the works, from massive pre-entry numbers to a new track design team, which will be announced next week.  Coverage of the event will be massive as always, as eKartingNews.com will once again stream event announcer Rob Howden’s live play-by-play coverage throughout the week. The Greenlight TV crew will be on-site as they have been for the last two years to shoot the event for CBS Sports Network, and tremendous domestic and international press is already being developed as we expect drivers from 45+ countries to participate in the festivities.

Eligibility for this special $20,000 winners check is simple.  A driver must have won in one of the declared premier classes at the SuperNationals, and should they win that class this November, they’ll take home the big money. The following drivers are eligible for the cash award in their respective classes: 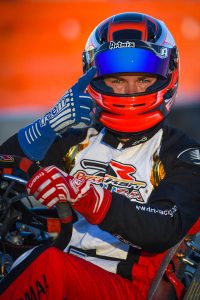 Racers all strive to be the #1 driver following SuperSunday and SuperNationals 20 will be no different (Photo: On Track Promotions – otp.ca) 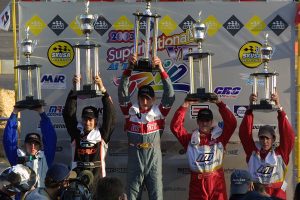 Former ICC, KZ and SuperPro drivers are among those included in the former winner list, such as 2003 winner Wesley Boswell (Photo: On Track Promotions – otp.ca) 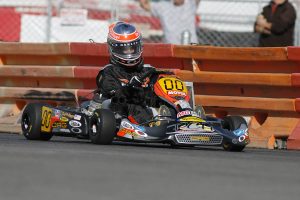 Among those eligible for the $20,000 prize is SuperNationals all-time race winner Connor De Phillippi who last won in 2007 (Photo: On Track Promotions – otp.ca)

Superkarts! USA is working diligently to evolve the SuperNationals into the future, and changes will be made to the trophy presentations this year.  Harkening back to the first 15 years of the event, SKUSA will be celebrating each race immediately after the checkered flag, bringing the top five drivers to a special victory lane area to present the trophies and conduct post-race interviews.  The recent tradition of presenting trophies as part of a post-race event on Sunday evening inside the Las Vegas Convention Center will evolve as well, as this will become a celebration of the 2016 SKUSA Pro Tour.  The top-three drivers in the championship of all nine classes will be honored, and will be awarded with special trophies and their national numbers plates.  More information of this new event will follow in the coming weeks.