Championship chases tighten up for third event of the series 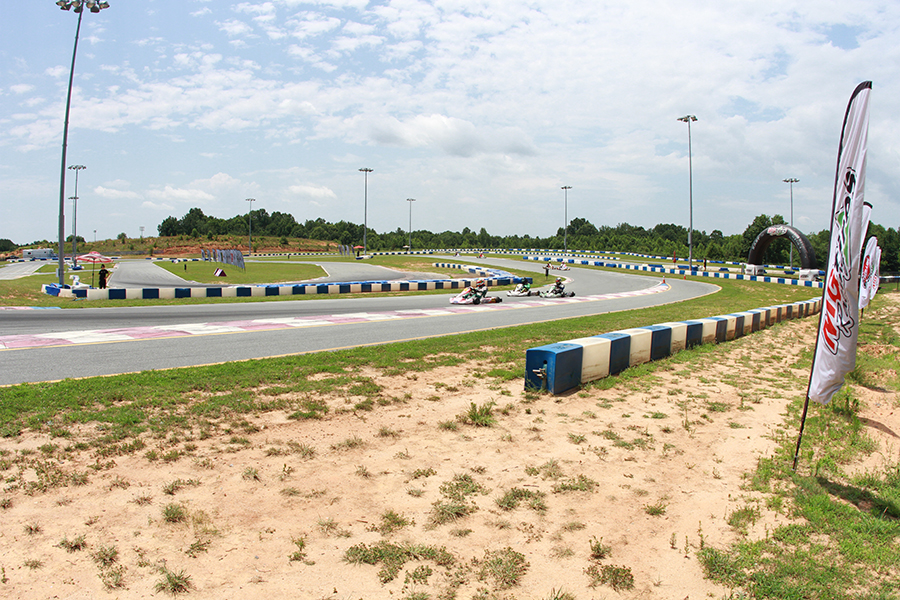 EKN’s Paddock Insider is a new Trackside coverage addition, bringing you notes, updates and breaking news as it happens. The article will be a timeline of events as they happen during the third event of 2016 for the United States Pro Kart Series at the GoPro Motorplex in Mooresville, North Carolina. The information will not be seen anywhere else, including interviews and photos. Please feel free to comment and discuss our coverage and today’s action in the EKN Global Members Discussion area below: For complete coverage head to the EKN Event Page.

The third event of the 2016 United States Pro Kart Series marks the fourth straight year of the program visiting the GoPro Motorplex. The Mooresville, North Carolina facility was completed toward the end of 2012, with the USPKS inaugural event the first major race held on the 7/10-mile course. Next year, GoPro Motorplex will be absent from the USPKS calendar, as the series expands its reach by keeping a rotation of quality circuits on its plate. This weekend is very much different from the three previous visits as GoPro Motorplex was the opening event the first three times. Moving from April to July, the temperature is much higher, and this weekend is forecasted just under the 100 degree mark. The one good thing about moving it to the summer, no chance of rain like the three previous editions experienced. 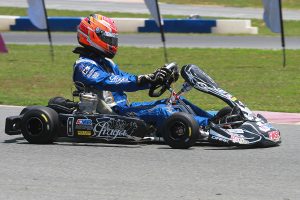 This is EKN’s first time back to the facility that KartSport North America calls home since April 2015. Since then, KSNA has moved into its new home in a state-of-the-art building east of the north garages. It is now the home of KartSport North America and IAME East, with a full showroom, air conditioned shop, and office/meeting space. The old location was in the south garages, which has now been turned into a meeting area that can house over 120 people. This past Sunday, the facility debut their new Praga corporate kart fleet of 30 karts, used in a variety of events each day.

Another new product on the track is the Praga Dark package by KSNA. It features a white frame with black graphics, utilized this weekend by Brandon Jarsocrak and Jacob Donald. The chassis carries some updated specs behind the hard work and development put in by the team at KartSport North America. 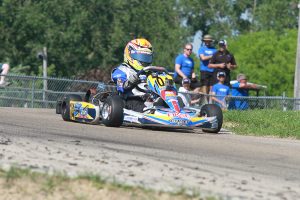 Garrett Adams is in the hospital for an infection and fever, with brother Logan set to substitute here in Mooresville (Photo: EKN)

Cadet racer Garrett Adams was admitted into the hospital Thursday. Scheduled to race here this weekend, the grandson of Mark Dismore is suffering from an infection after a slight burn from fireworks during the Fourth of July celebration. Garrett has a 103-degree fever and is getting treatment for the infection at a nearby hospital. With the temperatures here at the track, Mike and Esteina Adams are keeping him at the hospital despite Garrett’s wishing to be at the track. His brother Logan is going to act as his substitute in the Yamaha Cadet category with Garrett second in points.