Second half of series begins in Mooresville 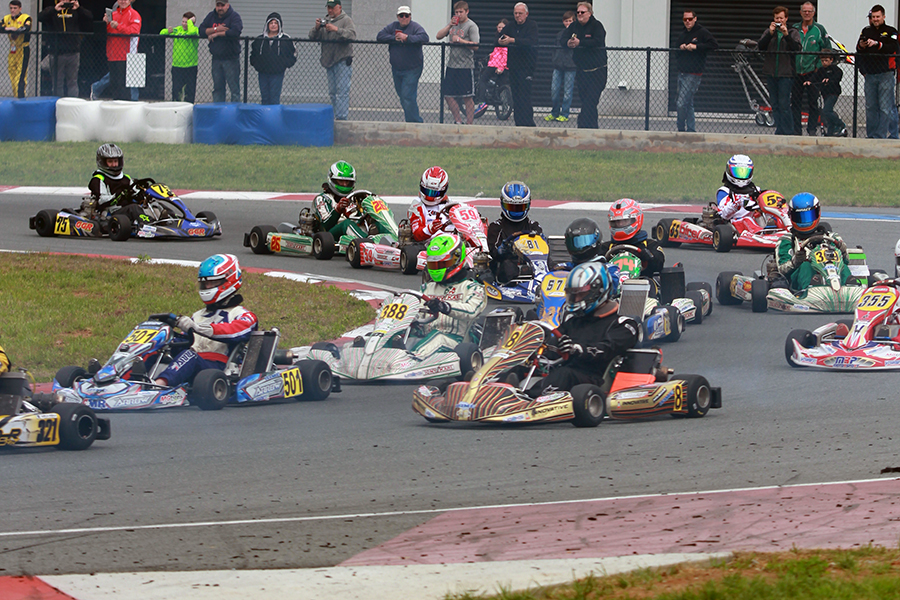 The second half of the 2016 Fikse Wheels United States Pro Kart Series Presented by MG Tires begins this weekend as the program hosts Round Five and Six at the GoPro Motorplex in Mooresville, North Carolina. In the four-year history of the series, it has traveled to ‘NASCAR country’, with all three previous editions serving as the opening rounds during the month of April. For 2016, it is a July trip that is sure to be among the hottest events in series history with temperatures forecasted in the high 90s all weekend.

The 7/10-mile, 11-turn GoPro Motorplex facility opened in late 2012 with the USPKS as its first major event in April 2013. The course is a replica, based on the historic Kartdromo Parma circuit in Italy that hosted many world and European championship events. It has elevation changes, tight corners, fast corners and provides a great formula to produce exciting racing. 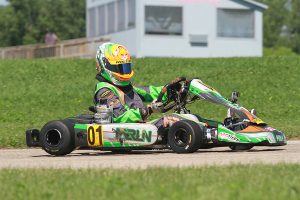 The leader of the Franklin Motorsports IAME Pro championship is Senior rookie Brandon Lemke. The young Wisconsin driver is the only one to win twice in the four rounds thus far in 2016, as the Franklin Motorsports / Merlin pilot holds a 247-point lead thanks to nearly sweeping the entire weekend in Shawano. The gap was much closer prior to the Shawano weekend for Braden Eves, who did not come to grips with the challenging Wisconsin circuit until late Sunday to pull off a top-five finish in Round Four. The MDD / Kosmic driver, along with the rest of the Pro field, will need to perform at their best throughout the GoPro weekend to cut into Lemke’s championship lead.

Among the challengers is former USPKS Yamaha champion Brandon Jarsocrak. ‘Money’ was third place in the first three rounds until he was taken out during the heat races in Round Four. The KartSport North America / Praga driver is calling Mooresville home this summer, and is more than ready to defend the team’s home track. Zach Holden (Comet Kart Sales / Tony Kart) notched his first Senior USPKS victory in Shawano, further establishing himself as championship contender. Ryan Norberg’s (Tony Kart) performance last month also helped him become a top challenger, placing runner-up in Sunday’s main event. 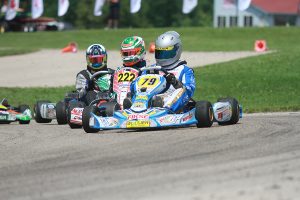 Dakota Pesek is the top driver at the halfway point in the Comet Kart Sales Yamaha Pro title chase. Three wins by the Top Kart USA driver in four main events to be the championship leader. His advantage is just 103 points over Senior rookies Brandon Lemke (Franklin Motorsports / Merlin) and Zach Holden (Comet Kart Sales / Tony Kart). Each are searching for their first victories in the category after finding the top of the podium in IAME. As the first four rounds have shown, anyone is capable of winning which leaves the top step of the podium up for grabs for the remaining four main events.

It’s a two-driver battle in the Innovative Performance IAME Junior category with Franklin Motorsports / Merlin drivers Alex Bertagnoli and Sam Mayer at the helm. Bertagnoli has three wins on the season, with Round Two winner Mayer keeping it close at just 45 points separating the two heading into Mooresville. Myles Rowe (Tony Kart) had a breakout performance in Shawano with two runner-up performances and was the quickest driver all weekend. Now heading to his home circuit, Rowe has the opportunity to clinch his first USPKS victory. The same with Lance Fenderson (VSR / Tony Kart), a winner last year and currently shut out in the first four rounds. Merlin drivers Stephen Dial and Austin Schaff are also looking for their first ever USPKS Junior victories. 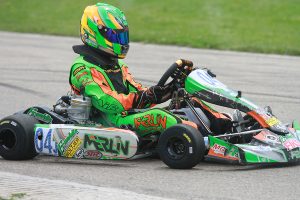 Alex Bertagnoli is the driver to beat in IAME Junior (Photo: EKN)

The top two are the same leaders in the Woltjer Racing Engines Yamaha Junior standings. Mayer (Franklin Motorsports / Merlin) holds the advantage thanks to a Round Three victory, making for three podium finishes in the first three rounds. Three straight podium finishes for Bertagnoli (Franklin Motorsports / Merlin) have him 72 points back in the title chase. Austin Schaff (Merlin) sits third in the standings with Round One winner Zack Pretorius (FA Kart) fourth. Junior rookie Aidan Harrington (Kosmic) notched his first podium in Shawano, with more on the horizon.

The top winner in Allison Racing Engines IAME Cadet thus far at the halfway point is Reece Gold (Benik), recording the last three main event wins. The chase for the championship goes to Tyler Maxson (Benik) with four straight runner-up results. It’s an 82-point gap between the two with a healthy advantage over the rest of the field. Round One victor Kyle Thome (Franklin Motorsports / Merlin) is third, missing out the podium in Shawano. Cadet rookie Nicholas Terlecki (Birel ART) is fourth, waiting on his first podium of the year with Californian Colin Queen (Tony Kart) sitting fifth. 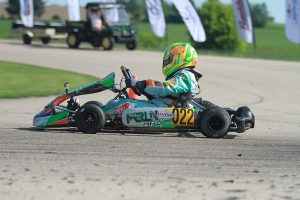 Sam Mayer is one of four different winners in Yamaha Junior, and leads the championship (Photo: EKN)

Kaden Wharff (Top Kart) is undefeated in the Switch Racing Engines Yamaha Cadet main events on the year. A clean sweep at Shawano has extended his championship lead to 156 points over USPKS newcomer Garrett Adams (FA Kart). Adams has a four-race podium streak going heading into Mooresville, a place at which he has yet to complete. Kyle Thome (Merlin) has two of his own podium finishes, putting himself in the third position in the standings ahead of Colin Queen (Tony Kart) and Nicholas Terlecki (Birel ART).

Brent Crews (Energy) takes his perfect record in the Motorsports Driver Development IAME Rookie category to his home track. Four-for-four in main events, including two rounds that were swept, have established a 230-point lead at the halfway point of the series. Paige Crawford (Tony Kart) is second while Elliot Cox (Benik) is hoping to improve on his third place position. Crawford has the advantage in the QPS Employment Group Yamaha Rookie division at just 10 points over Cox. Danny Dyszelski (FA Kart) is third thanks to his two podium finishes in Shawano.