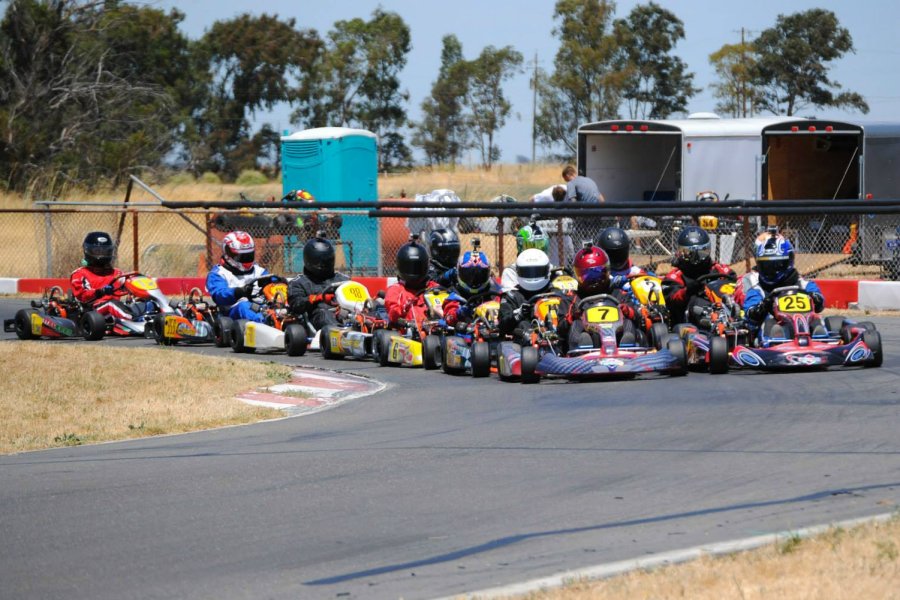 It’s often funny how exciting projects can emerge from the simplest of conversations.  This is certainly the case for the new KPX Karting Championship, which is a new series focused on the Briggs & Stratton four-cycle classes that will be run at four tracks in Northern California during the second half of the 2015 calendar year.  The series is, for all intents and purposes, the result of a conversation between karters Kenny Manchester and Chris Rossi, who after finding themselves invited to run the Syd White Memorial race on the Briggs LO206 package, fell in love with the new engine program after winning their class with zero mechanical issues.  It was this initial introduction to the LO206 that fueled their belief that it could help revive NorCal club racing, and they subsequently launched a Facebook page focused on ‘West Coast Briggs LO206 Racing’.  The resultant momentum planted the seed with new and old drivers around the region; an idea that a series focused on this affordable and reliable spec engine program could change things for the better. To direct all of this excitement down the same road, Manchester and Rossi partnered with Philip Pegler in ‘Kart Project X’, which will oversee the program, and will be the title sponsor as well.

Motivated by the urging of the new members on their Facebook page, Chris and Kenny set about putting together an umbrella series that would spotlight one club race at each of the four tracks involved.  While filling a void in the region, the focus of this new series is to fuel a renewed effort of cooperation with the local shops and the NorCal kart clubs, and races have been set for the Kinsman Kart Club (Dixon), the Blue Max Kart Club (Davis), Simraceway Performance Karting Center (Sonoma) and the Kerman Kart Club (Fresno).  For 2015, the series will run in conjunction with club dates to maintain the initial focus on working with the foundation to grow the program. However, with the expectations of significant growth, the KPX Karting Championship could become a stand-alone series in 2016, where it would be positioned as a regional series that would continue to maintain a tight relationship with all of the participating NorCal clubs.  The series promoters told EKN that the support from the club’s has been better than expected and, indeed, they’ve been “amazing to work with”.

“Our goal is to grow karting at a club level, keeping it inexpensive, competitive, and most of all fun,” Manchester enthused, when discussing the program with EKN. “Working with local shops, clubs, and sponsors, we are aiming to create a series with much reward and possibilities. We’re excited with having the chance to bring together new and current karters to create large racing classes.  And for us, the best part about the LO206 is that anyone can jump in, whether they are a beginner or experienced driver.”

The new series will focus on the emerging national momentum of the Briggs Local Option 206 package, offering two levels of Junior (Jr. 1 and Jr. 2) and two weight classes of Senior racing (Light and Heavy) with the motor.  To round out the class structure and to open the door for NorCal’s existing World Formula racers, both the Medium and Heavy weight classifications will be offered as well.  The series will use the Briggs Rule Structure for the engines and will run Bridgestone YLC tires (4.5/6.0).  The concept is to help grow the LO206 participation at all of the tracks in Northern California and then bring the racers together with the aim to provide a fun and enjoyable racing experience.

The series mission statement is posted on their website and presents a good look at the focus of the promotional duo: 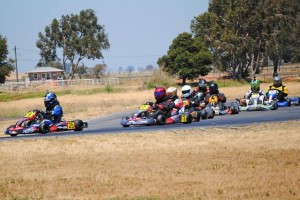 The KPX Karting Championship has been established to promote affordable and competitive championship kart racing at the grassroots level. It is our belief that the sport of kart racing should be both accessible and enjoyable and a place where core family values are both fully embraced and exercised. It is important that our competitors not only feel as though they are able to race in a fair and transparent environment, but that they also have the opportunity to demonstrate their abilities on track under rules that guarantee equality and parity of equipment. We will strive to ensure that these fundamental values remain ever-present in our Championship series and look forward to welcoming drivers into our racing family.

Top NorCal kart shops like Leading Edge Motorsports and Cambrian Go-Karts are jumping behind the program and have engine orders into Briggs & Stratton to make sure that they will be able to help kickstart the program with equipment and, of course, support the racers who are planning to participate in the series.

“I love the Briggs LO206 format with sealed engine, and I love that its hand-built in the United States,” commented Leading Edge owner Greg Bell. “I’m excited about this new series and I’m thrilled to see it push and promote an affordable program like the 206. It’s easy to support a program that is as well-designed as the Briggs LO206 program, and I love the passion that Kenny and Chris have for growing karting in NorCal.  I’m fired up for the new year.”

With the series not debuting until late July, the KPX promoters with have lots of time at the track to engage with the region’s growing base of LO206 racers in an effort to launch with huge numbers for the Dixon opener.  EKN will have more information on the KPX Karting Championship as the season gets underway, and as the program attracts more supporters and sponsors. 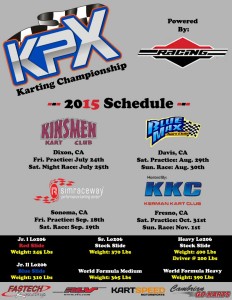